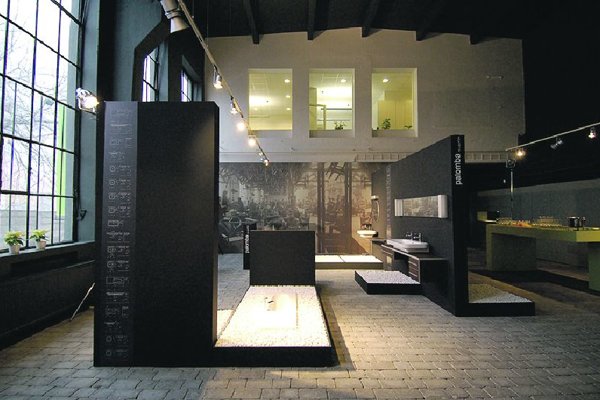 WHAT do the Tate Gallery in London, the Musée d'Orsay in Paris and MUMOK in Vienna have in common? While all of them exhibit art, the buildings were originally built for different purposes: the Tate Gallery used to be a power station, the Musée d'Orsay was a railway station and MUMOK served as the Austrian pavilion for the Brussels EXPO back in 1958. Through adaptive reuse, i.e. reusing old sites or buildings for purposes other than those for which they were built, these create a link between the old and new while providing a sense of continuity in the urban fabric.

Globally there are many examples of older buildings that have been converted into apartments, offices, exhibition spaces or any number of other uses. However, Slovakia is far from a shining example in terms of massive reconstruction projects, particularly given how protests by the general public, as well as architects and preservationists, failed to halt the demolition of numerous historical industrial premises across the country, like Kablo and Gumon in Bratislava, for example. Experts attribute the current cheerless situation with regard to preservation or conversion projects to a lack of support from the state, either financial or institutional, as well as the legacy of the previous regime, during which almost everything old was deemed ‘wrong’ and often replaced by new structures, as well as a lack of promotion of the idea that unique, older architecture is worth preserving, even if it no longer serves its original purpose.

Fortunately, Slovakia can boast of at least a few positive examples of conversion projects that were initiated either by ‘enlightened’ business entities or enthusiastic locals, and which have received acclaim abroad. These include Design Factory and Refinery Gallery in Bratislava, the ongoing project of the New Synagogue in Žilina and Kulturpark and Kulturfabrik in Košice.

Architect Martin Paško has been converting historical premises and buildings for 22 years, 11 of which he spent working abroad on projects like the Museumquartier complex in Vienna and the Schauspielhaus culture centre in Zurich.

“These were large projects, which nowadays live an active, cultural life,” Paško told The Slovak Spectator. “When working on them I gained great experience, which I impart further in Slovakia.”
In Slovakia, Paško, together with his colleagues, is behind the projects of Design Factory and Refinery Gallery in Bratislava.

“Design Factory was our first thorough conversion of an industrial site,” said Paško. “As it was for us the first conversion project of such a size, the question was how the experts as well as the general public would assess our belief in this building, the project and its result, and whether we would manage to integrate it into the cultural life of Bratislavans.”

Design Factory is located in a former industrial zone close to the centre of Bratislava. The building is owned by regional energy distribution company ZSE. It originally housed a factory that produced and assembled construction materials. The revitalised premises, which retain the original industrial atmosphere, have held over 400 events since opening in 2005, which Paško views as proof that their ‘mission’ succeeded.

Apart from Design Factory, Paško’s team designed the reconstruction of a former ZSE switching room into a meeting centre and the Meteorit theatre. He is also working on the Refinery Gallery project, which will revitalise two old halls on the premises of the Slovnaft refinery in Bratislava, which used to serve as an assembly hall and a warehouse.

“Refinery Gallery is a challenge in terms of drawing people to such a place like Slovnaft, and creating the atmosphere and the conditions [necessary] to be acknowledged by [event] organisers as well as visitors,” said Paško. “Our ambition is to create a really large representative space, which will be a permanent and important point on the cultural map of Bratislava.”

Paško and his colleagues have also worked on the reconstruction of the former power station in Piešťany and its conversion into a centre for children, Eureka Centrum, where they can learn about how electricity works. He is also preparing a project to salvage the former granary in Jarovce, close to Bratislava, and to convert it into the new Design Centrum.

“The challenge an architect faces when adapting buildings for reuse is especially to choose a proper new suitable function that enables the genius loci, i.e. the spirit of a place – of the premises itself and its original usage – to stand out,” said Paško. “He has to decide what to preserve, what new to add, which typical elements to highlight and how to bring the whole premises back to life. And that is what is most interesting... .”

Architect Martin Jančok considers it interesting that when working on conversion projects, the architect does not start from scratch, and does not build from a clean slate, but rather has the chance to continue something, or to link the site’s previous function with its history. He believes that in the end this is also beneficial for towns themselves.

According to Jančok, when structures in a town transform gradually, they provide a sense of continuity and remain functional, contrary to brand new structures that replace old ones and need to become ‘rooted’.

Jančok has already worked on several conversion projects of varying sizes. Together with architect Aleš Šedivec, Jančok designed the Alexis bookshop, located in one of the former workshops in the old Cvernovka factory. He also worked on the Záhrada (Garden) project, a cultural centre in Banská Bystrica.

But his current project, the reconstruction and conversion of the New Synagogue in Žilina, designed by prominent German architect Peter Behrens, into a cultural centre, is of much greater significance.

“In the case of the synagogue, the biggest challenge is the building itself and its historical essence,” said Jančok. “It is a unique construction … and the only building architect Behrens built in Slovakia.”

Because of all these factors, it is crucial that the entire project is carried out in a dignified and sensible way, which means that expectations are high, according to Jančok.

The project of the synagogue in Žilina is an example of a civic initiative arriving from the local community.

When the former synagogue ceased to serve as a cinema back in 2010, the local Jewish community, which owns it, offered to rent it for the symbolic sum of €1 without placing any restrictions on its future use. Marek Adamov of the non-governmental organisation Truc Sphérique (TS), which had already been successfully running the Stanica Cultural Centre in the building of the old and still operating Žilina-Záriečie railway station, opted to rent the building. Adamov turned to Jančok, with whom he had worked in the past. The result is a reconstruction project of an exceptional building, turning the former synagogue into a kunsthalle style cultural centre, for which they have already won the Bauwelt Advancement Award 2013 in Germany.

The synagogue was built between 1928 and 1931 and it served its original purpose for just a few years until the Second World War. After the war the building was used first as a theatre and concert hall, then as the auditorium of Žilina University and later as a cinema. When the synagogue was adapted for use as an auditorium and a cinema, the whole interior was significantly altered, and pasteboard was installed on the walls, covering the original design including the inside of the 17.5-metre high cupola.

The plan is to restore and display as much of Behrens’ original design as possible, while simultaneously converting the synagogue into a cultural centre.

Reconstruction work started in 2012, and Adamov hopes that the synagogue will start fully serving its new purpose in 2014.

All of these factors create challenges for everyone working on the project. Jančok specified that only a few pieces of the building’s original documentation were preserved, and that they are only gradually putting together the whole mosaic, with the help of Magdaléna Kvasnicová and other experts from the Institute of Construction and Architecture at the Slovak Academy of Sciences, who conducted the architectural and historical research on the building.

“Basically we are only gradually finding out how it worked, what was there and how the building was rebuilt,” said Jančok, adding that it was not until after removing the pasteboard from the walls that they discovered what was beneath it, making the whole reconstruction more challenging. “These are the hidden traps of reconstruction. You can have the project completely prepared, but you will not find out everything about the building until you begin. This is typical for all reconstructions.”

Architect Irakli Eristavi from the ZeroZero architectural studio agrees that each project of this type must be preceded by a thorough analysis.

“This preparatory phase, together with a detailed architectonical study, is exceptionally important so that it is possible to find the proper extent of interventions in the existing building and to find the balance between new architectonical input and original architectural substance,” Eristavi told The Slovak Spectator, adding that achieving this balance is probably the biggest challenge with conversion projects.

ZeroZero has designed a project to revitalise the former military barracks on Kukučínova street in Košice into a multi-use cultural centre, called Kulturpark. This project, along with Kunsthalle, which involved the conversion of a disused indoor swimming pool into an art and cultural centre, is part of the 2013 European Capital of Culture project in Košice.

“The revitalisation of the former barracks and their conversion into Kulturpark is an exceptionally extensive and demanding investment project,” Eristavi told The Slovak Spectator.

The project involves the reconstruction of three 19th century historical structures built by the Austro-Hungarian army, which will be complemented by new architectural details and infrastructure, located in a compact premises with a beautiful park, with the construction of new, smaller pavilions. The main focus of Kulturpark is the central building, with multifunctional halls, exhibition premises and other auxiliary functions related to administration, heating, etc. This building was rebuilt several times in the past and the scope of the current adaptations within it are the biggest within the whole project.

It was also exceptionally demanding to find a way to fulfil the requirements of the investor for the technical parameters of the structures with respect to the rentability of the future operation of Kulturpark.

“Respect to former buildings … was the most important for us from the very beginning,” said Eristavi, adding that their ambition was for the new and the original in the area to complement each other.