JEAN Rony Cadot, an American basketball player of Bahamian origin who currently plays for a Slovak club, is reported to have been seriously assaulted on February 14 by a group of six people in front of a nightclub in Nitra. Cadot, 25, had to be taken to hospital but was reportedly pursued there by his attackers, who subjected him en route to a stream of racist abuse, the Sme daily reported on February 23. 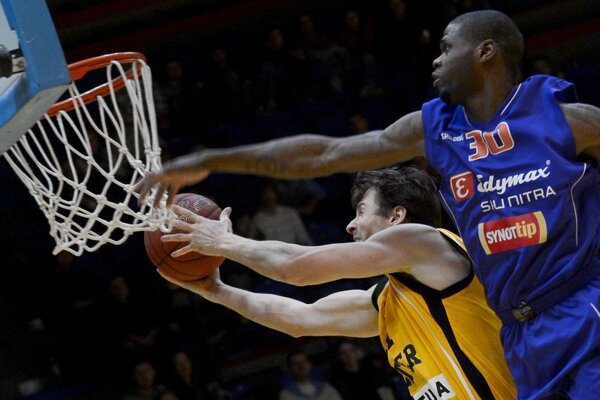 JEAN Rony Cadot, an American basketball player of Bahamian origin who currently plays for a Slovak club, is reported to have been seriously assaulted on February 14 by a group of six people in front of a nightclub in Nitra. Cadot, 25, had to be taken to hospital but was reportedly pursued there by his attackers, who subjected him en route to a stream of racist abuse, the Sme daily reported on February 23.

Cadot, a player for the Edymax SPU club in Nitra, had to undergo eye surgery. He has now spoken out and said that his attackers were openly racist, Sme reported. Cadot said the word “nigger” was used, while another Slovak player who witnessed the incident, which took place in front of the Devil’s Club in Nitra, confirmed the events had occurred as described by the victim, Sme reported.

The attack, according to eyewitnesses, followed a quarrel inside the nightclub; bouncers ejected the quarrelling groups into the street. Cadot, who was among the first to leave the club, was reportedly attacked by six people. Video cameras located in the pub did not record the incident: owner Rastislav Solár stated that the fight started “in a blind spot of the cameras”, Sme reported.

The deputy director of Nitra teaching hospital confirmed that two of the alleged attackers followed the basketball player to the hallway of the hospital's emergency room.

Stanislav Michalík, president of the basketball club, said on February 22 that it was regrettable that such an attack could take place in the 21st century, and rejected any suggestion that the fight may have been provoked by the basketball players, Sme wrote.

According to the daily, police, who have so far investigated the incident as misconduct, will extend the charges to include additional crimes. The whole of the police’s anti-extremism department in Nitra is working on the case, according to national police chief Tibor Gašpar.

Alexander Farkašovský, the head of the supervisory board of the Slovak Basketball Association, condemned the attack on Cadot, saying that it was a shameful and barbaric act. Farkašovský dealt with the fallout from a previous racist attack involving a foreign basketball player in Slovakia in 2008, when two men attacked Denise Wilson, an African-American playing for Cassovia Košice.

Wilson, who was going to meet a friend in the city centre, was harassed at a tram stop by two men with shaved heads and wearing camouflage-style clothes. As she tried to explain that she did not speak Slovak, they subjected her to extreme racial abuse and told her to “go home”. She tried to escape but the men chased her from Osloboditeľov Square to a McDonald’s in Protifašistických Bojovníkov Street swearing at her and threatening her. At the restaurant she was forced to protect herself with a chair. The men were finally ejected from the restaurant by its manager, Sme reported on April 8, 2008.

“I do not want to change my opinion of Slovakia,” Wilson told Sme shortly after the incident, adding that she liked it just as before and that the country itself had not done anything to harm her. “However, what happened forces me to think more. I want to go after what happened, I want to be with people whom I love.”

Though Wilson returned to Košice two years after the incident, after she left for good a month later, Sme reported on February 22, 2013.