Managing employees - an asset or a future competition for an employer

Some employers think that finding an excellent manager is mission accomplished and that subsequently work will go smoothly without further effort. But legal practice sometimes shows otherwise. In any case, compliance with the law, proper motivation, and clear contract terms, are an essential basis for successful cooperation between a company and its manager. 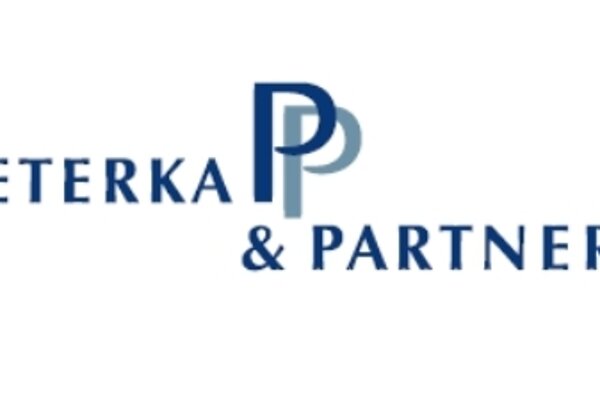 Some employers think that finding an excellent manager is mission accomplished and that subsequently work will go smoothly without further effort. But legal practice sometimes shows otherwise. In any case, compliance with the law, proper motivation, and clear contract terms, are an essential basis for successful cooperation between a company and its manager.

Contract terms with managers under the Slovak Labour Code; Changes from 1 January 2013

Ensuring that a manager is an asset for an employer starts with a tailor-made contract that should reflect what both parties expect from each other.
The latest amendment to the Slovak Labour Code has brought some important changes for managing employees. While until the end of 2012 a nine month trial period could be ensured under collective agreements, from January 2013 a six month trial period is the maximum. This six month trial period can be agreed only for first and second line managers (up to the second level below the company’s statutory body).
Another change concerns overtime. Until the end of 2012 first and second line managers could agree on an average weekly working time (including overtime) of up to 56 hours. In such cases the overtime limit per year was 550 hours maximum. From January 2013 the overtime limit for managers is aligned with other employees and is now 400 hours per calendar year.
The amendment to the Labour Code did not bring any substantial changes as regards principles of remuneration and incentives that can be agreed in an employment contract. It is always recommended to ensure that a bonus scheme is tax optimal both from the employer’s and the employee’s point of view.
As regards the contract basis, for managers coming to Slovakia from mother companies abroad advance legal and tax analyses are a must. It is essential to distinguish between a local employment contract and a posting (when the manager continues to work under their home country contract), to ensure compliance with both local and foreign law. Proper contract documentation can reduce risks, such as where the costs incurred by a Slovak company on a posted manager would not be seen by the Slovak tax office as tax deductible.
There is still a lot of misunderstanding regarding the appointment of a managing employee as the employer’s statutory body. An employment contract with a scope of work which includes the duties of a statutory body under the Commercial Code is considered void, with negative consequences for both the manager and the company. As a general rule, a single contract on the performance of a function, governed by the Commercial Code, is recommended, although situations should be evaluated on a case by case basis.

As a general rule, employers may only terminate employment on grounds expressly stated in the Slovak Labour Code. Under the amendment, from January 2013 the concurrence of the notice period and severance pay was reinstated if employment is terminated on organisational grounds or for health reasons. This measure means increased costs when terminating contracts with managers.
However, for first line managers the Labour Code provides a possibility to use recall from office as a ground for dismissal. This option applies only if the employer’s internal regulation envisages appointment as a condition for working as a first line manager and the employment contract with the manager was signed after they were appointed. In such a case, recall from the office can justify a subsequent termination of the employment by notice, but does not give the manager a statutory right to severance pay.
For lower levels of managing employees, where the above option does not apply, a dismissal can be a burdensome experience. It is recommended to review each case in advance to avoid any mistake. An invalid termination can lead to compensation of up to 36 months’ average salary.

This article is for information purposes only. Under no account can it be considered as either a legal opinion or advice on how to proceed in particular cases or on how to assess them. If you need any further information on the issues covered by this article, please contact PETERKA & PARTNERS, Tel. +421 2 544 18 700; E-mail: office@peterkapartners.sk; www.peterkapartners.com

Founded in 2000, PETERKA & PARTNERS has grown into a full-service law firm with over 100 lawyers and eight offices in Prague, Bratislava, Kyiv, Sofia, Moscow, Bucharest, Warsaw and Minsk and has built up a highly regarded practice within the CEE region.