2013 is shaping up to be a tough year for Slovakia. In December 2012 the country recorded its highest unemployment rate in more than eight years and the labour market will remain in a state of caution, bracing itself to withstand the effects of fiscal consolidation as well as a major revision to the country’s Labour Code. The latter has attracted divergent responses, with the government saying it brings balance but employers warning that it might push up unemployment. 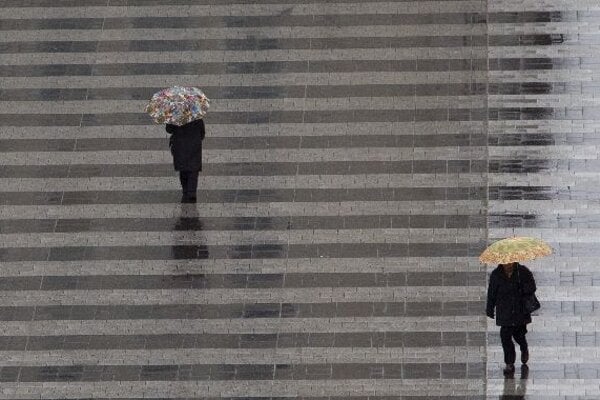 The labour market will remain in a state of caution. (Source: TASR)
Font size:A-|A+0

2013 is shaping up to be a tough year for Slovakia. In December 2012 the country recorded its highest unemployment rate in more than eight years and the labour market will remain in a state of caution, bracing itself to withstand the effects of fiscal consolidation as well as a major revision to the country’s Labour Code. The latter has attracted divergent responses, with the government saying it brings balance but employers warning that it might push up unemployment.

The country’s central bank, the National Bank of Slovakia (NBS), on January 29 reduced its forecast for Slovakia’s economic growth in 2013 from 1.6 percent (a prediction made as recently as December 2012) to 1.3 percent, suggesting that its prognosis was influenced overall by two factors: moderately slower growth in foreign demand, which impacted the country’s export performance, and worse-than-expected indicators in the domestic economy. Shortly afterwards, the Finance Ministry whittled its own 2013 GDP growth forecast down to 1.2 percent, explaining that the “debt crisis in the eurozone over the past months has unfavourably impacted the economies of our main trading partners and increasingly concerns Slovakia as well”.

While Slovakia has avoided the fate of some of its neighbours, whose economies are already in recession, the actual performance of the country’s economy, which grew by only 0.7 percent year-onyear in the last quarter of 2012, according to a flash estimate issued by Slovakia’s statistics authority on February 14, 2013, has wiped the smiles off the faces of market watchers, who had been predicting growth of around 1.5 percent.

And while Slovakia’s economy is continuing to grow, the labour market is generating less optimistic signals, with employment dropping 0.4 percent in the fourth quarter, and recording a year-on-year fall of 0.5 percent.

The Finance Ministry’s Financial Policy Institute (IFP) admitted in its late January release that 2013 holds gloomier prospects for the labour market, suggesting that economic growth in 2012 was fuelled mainly by increasing productivity and has not brought many new jobs.

“Moreover, fiscal consolidation, too, will impact the labour market this year,” reads the IFP prognosis, adding that the number of employed people might drop by a further 0.5 percent. “A more significant increase in employment should come together with faster growth in GDP in 2014.”

Unemployment should return to pre-crisis levels – somewhere around 12 percent – in 2016, the institute predicted. Nevertheless, in 2013 the jobless rate should remain at 14 percent, according to the IFP.

However, the fact that Slovakia has been operating in austerity mode for some time is significantly affecting employers as well. Last year the government of Robert Fico effectively killed the flat tax and in its place introduced progressive taxation, increasing corporate income tax from the previous rate of 19 percent to 23 percent.

Revisions to the tax legislation will also significantly affect self-employed people who have a licence to run their own businesses and who have seen their minimum social and health insurance contributions increase from €160.24 per month to €185.30, among other changes. The 40-percent lump-allowance for sum deductible expenses utilised by self-employed people up through 2012 will be capped at €420 per month, or €5,040 a year, from 2013 onwards.

The government has also introduced payment of social and health insurance contributions for those working based on limited employment agreements known as “na dohodu”, at a rate of 48.6 percent. Students and pensioners will pay lower payroll taxes.

The new rules embedded in the revised tax legislation as well as the modified Labour Code, which became valid at the beginning of 2013 and which equalises conditions for paying health and social insurance for those working on limited employment agreements and for regular employees, have boosted employment expenses for many firms who employ temporary staff, compared to last year.

Human resources professionals interviewed by The Slovak Spectator for this guide generally expect that recent legislative changes such as the revised Labour Code and changes to the tax and payroll tax rules will have a negative impact on the labour market.

“They are a set of measures that prevent [businesses] from employing people, so it may be expected that unemployment will be at its highest,” Mario Fondati, partner at Amrop, told The Slovak Spectator. “In the name of increased protection of employees, it seems that the changes will ‘protect’ people from finding a job.”

Veronika Kaštovská, partner and senior consultant for the Czech Republic & Slovakia at Accord Group, suggested that the change in flexibility for employers will have an impact on their willingness to hire new people.

“I still insist that the development of the economy and not the Labour Code is what impacts employment,” Slovak Labour Minister Ján Richter told The Slovak Spectator in an interview for this guide. “I want to underscore this also with the fact that not all countries in the eurozone have adopted new labour codes, and unfortunately the unemployment rate throughout the eurozone is getting close to 12 percent.”

The revised Labour Code, among other things, reintroduces employee entitlement to a layoff notice period as well as to severance pay. The new code shifts the status of people working under “na dohodu” agreements closer to that of regular employees in terms of working hours and minimum wages. It also curbs the ‘chaining’ of fixed-term employment contracts, whereby it was possible to extend a fixed-term employment contract three times over three years. As of January 2013 it is possible to do this only twice over a 24-month period.

The revision also changes the definition of dependent work (i.e. permanent employment). The objective of this redefinition is to specify which work should be carried out under a standard employment contract, thus providing an employee with full rights and protection, rather than via self-employment, for instance.

“We will fight for the salvation of each working place,” said Prime Minister Robert Fico as quoted by the SITA newswire, adding that combating unemployment is the biggest challenge faced by the current government. However, the most recent jobless numbers suggest that this will not be any easy undertaking: in December 2012 almost 400,000 people were jobless, pushing the unemployment rate up by half a percentage point to 14.4 percent, its highest since May 2004, when it stood at 14.47 percent.

The National Union of Employers (RÚZ) said that the rise in unemployment is in fact in line with its forecast that the revised Labour Code, along with other previously adopted measures, would harm the business environment and fundamentally affect the situation on the labour market. The RÚZ estimated that these changes would result in about 50,000 people becoming jobless.

One way in which the government plans to address high unemployment is by granting state aid to large companies already present in Slovakia, as well as through investments that will bring new jobs, especially in less developed regions of Slovakia.

In order to preserve jobs, the state might also provide assistance to firms that get into trouble and are forced to limit production as a result. The Labour Ministry suggests that through assistance introduced via an amendment to the law on employment services the state could preserve 5,000 jobs, according to SITA.

Yet the Federation of Employers’ Associations (AZZZ) has argued that such assistance might deform the labour market.

The jobless rate among young people in Slovakia was the fifth highest in the European Union in November 2012, when one in three Slovaks under the age of 25 was without work, according to data presented by Eurostat, the EU’s statistics office, in January.

The lingering economic crisis and the failure of Slovakia’s education system to adjust its study programmes to the needs of the labour market has been taking its toll on the ability of Slovak school graduates to get jobs, according to observers. Foreign businesses continue to stress the need to foster ties between academia and business.

Education Minister Dušan Čaplovič has suggested that a lack of qualified labourers in certain industrial sectors, an overly complicated system of school financing and too many young people studying humanities subjects are some of the most troubling factors affecting the Slovak education system. According to him, the goal is to adjust professional education to the needs of the labour market and increase the number of graduates from secondary professional schools, while supporting study in fields that are required by the labour market but which currently have a low number of students.

Laws now approved by the cabinet will introduce, among other things, stricter conditions for the admission of students to secondary grammar schools (known in Slovakia as gymnasiums; these tend to be the most academic schools and are viewed as natural feeders into the university system) as well as new powers for Slovakia’s eight regional governments (VÚCs) to decide on the number of first-grade classes that can be opened at such schools.

Yet human resources professionals suggest that a serious debate about school financing would also be desirable.

“I think one of the solutions would be to stop pretending that education is for free and start a serious discussion about school financing that would combine public and private financing,” said Fondati from Amrop, adding that this could create pressure on quality and also on what is being taught.

Fostering ties between businesses and schools at all levels has long been at the centre of discussions among foreign businesses operating in Slovakia.

“The strong and systematic cooperation between vocational schools and companies – the so-called dual system – serves as a role model,” said Guido Glania, executive board member of the Slovak-German Chamber of Commerce, in an interview with The Slovak Spectator, expressing his hope that the government will put forward specific projects in the near future.

Foreign investors have welcomed the changes pursued so far by the Education Ministry in relation to vocational schools, but expect much more.

“The businesses would like to see a specific mid- and long-term vision and strategy for Slovak education,” Jake Slegers, executive director of the American Chamber of Commerce (AmCham), told The Slovak Spectator. “There are several changes we would expect, among them making Slovak education an apolitical priority.”