In the near future, companies plan to focus their human resources activities on talent management, internal process efficiency, performance assessment and performance management systems, more effective systems of employee development, design and implementation of competence models, and remuneration and benefit systems, according to a KNO SLOVENSKO survey conducted in 2012. The same survey also identified blended learning, management simulations and neuro-leadership as the most interesting development products among Slovak HR managers. 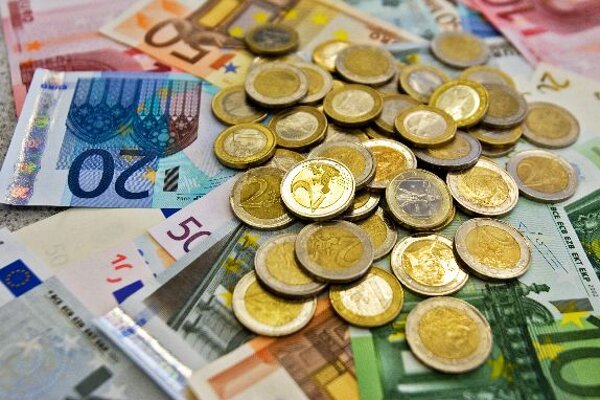 In the near future, companies plan to focus their human resources activities on talent management, internal process efficiency, performance assessment and performance management systems, more effective systems of employee development, design and implementation of competence models, and remuneration and benefit systems, according to a KNO SLOVENSKO survey conducted in 2012. The same survey also identified blended learning, management simulations and neuro-leadership as the most interesting development products among Slovak HR managers.

Many employers are unaware of the need to check the practical skills of job applicants in basic areas such as language or computer skills, suggests H.R.Omada company, based on a survey that found that almost three quarters of jobseekers state, be it knowingly or not, inaccurate levels of language and PC skills. H.R.Omada collected data in 2012, when each applicant was tested for communication skills in a foreign language and was asked to adapt an MS Excel chart. In total, 1,269 job applicants were included in the survey, applying for 81 different positions. According to the survey, 1.30 percent of applicants underestimate their real skills, while 28.33 percent have a realistic sense of their skills and 70.37 percent overestimate their skills.

In 2012, job applicants behaved with more flexibility than in 2011, suggests a survey called Changes on the Labour Market conducted by Synergie Slovakia, adding that, for example, the length of the selection process from the point of view of the candidate has shortened by 24 percent. The poll also recorded a change in the ratio of active versus passive searches by candidates in the job search process. An active search is when jobseekers actively try to find a position themselves by responding to ads or sending CVs through recruitment websites. For a passive search, jobseekers utilise consultants who do the searching for them based on certain criteria. In 2011, 74 percent of all candidates searched actively for jobs while in 2012 only 45 percent of candidates searched actively and 55 percent did passive searches.

In Bratislava Region, salaries are significantly higher than the national average, while in Trnava Region they are slightly above the average and in Prešov Region they are significantly below the countrywide average, suggests a PayWell survey of PwC, which compares the salary structure in different regions of Slovakia. In the remaining regions, Trenčín, Nitra, Žilina, Banská Bystrica and Košice, the salaries are close to the average. This was true for all categories of salaries surveyed: blue-collar workers, lower management, mid-level management, upper-level management and top management.

People who compete for a position are willing to take a job for less money than what most branches pay, so suggests Profesia.sk, which compared real salaries people declared in the online survey Platy.sk with expected salaries people indicate on their CVs when applying for a job. Generally, the expected salaries are 15 percent lower than the real salaries of those employed. But there are also categories in which applicants’ salary expectations are remarkably over-estimated: auxiliary work, tourism, gastronomy and services.

On average, 46 job applicants responded to one job offer published on the Profesia.sk job-portal. In Bratislava Region, 33 people applied for one job; in Prešov Region, one offer attracted 63 applicants. The numbers of applicants for auxiliary (66) and administration (50) positions were considerably above the average. On the contrary, qualified technical positions attracted 11 applicants on average last year.

The average salary of someone without work experience is, according to online salary survey Platy.sk, €788 a month. People with six to 10 years of experience earn on average €1,041 in Slovakia. In some positions, experience can increase the salary by more than 70 percent (e.g. IT, audit). With some positions, however, the salary for the same job with 6 to 10 years of experience is almost unchanged (cleaning, shop-assistant), according to Platy.sk.

The most widespread benefit in the first half of 2012 was flexible working time. One quarter of people said in the online salary survey, Platy. sk, that they are allowed to work flexible hours as a benefit. The second most common benefit is the chance to use a corporate mobile phone (21 percent of employees) for private purposes. The free offer of soft drinks in the workplace (19 percent) comes next. Other benefits enjoyed by at least 10 percent of employees in Slovakia are: education of employees, higher contributions to meals than what is stipulated by law and contributions by the company to pension savings, according to Platy.sk.

Costs of dismissing an employee in Slovakia are very similar to other post-communist countries in the CEE region, yet still twice as low on average compared to countries of western Europe, according to a study conducted by the European network of Deloitte Legal, which examined work conditions in 25 European countries. Until now, the most expensive countries were Italy, Belgium and Spain, but due to growing unemployment, legislation has been changing towards decreasing the cost of layoffs, the study said. In four out of five countries the difference in the cost of dismissal caused by organisational reasons such as phasing out the position, merging several positions and failures of the employee are minimal. The only exceptions are Bulgaria, Poland, the Czech Republic and also Slovakia, where these differences are big, the survey suggests.

Leaders most often resort to using power when under time constraints, when lacking adequate resources, when there is no consensus on how to solve a problem, when goals recede, when it is necessary to implement unpopular measures and when the mother company makes top-down directive decisions, according to research by the Faculty of Business Management of the University of Economics in Bratislava and by the Kingfisher Executive Search company. The survey, conducted through interviews, focused on key characteristics of leaders: power and influence, inspiration and charisma, encouragement and mobilisation, motivation and effectiveness, trust and commitment, associating the followers and succession. The research also suggests that in order to increase the effectiveness of their employees, Slovak leaders use approaches such as clarifying the company stance, open dialogue, training and coaching, leading by personal example and providing feedback.