SLOVAKIA’S minorities received good news from parliament in late February when MPs passed an amendment to existing anti–discrimination legislation that extends the authority of those who provide Slovak-style affirmative action measures, as well as the scope of those who benefit from them. In particular, these measures may offer Roma living in poverty and social exclusion a better chance at improving their lives – but only if the state and municipalities are enthusiastic about implementing them, say activists. 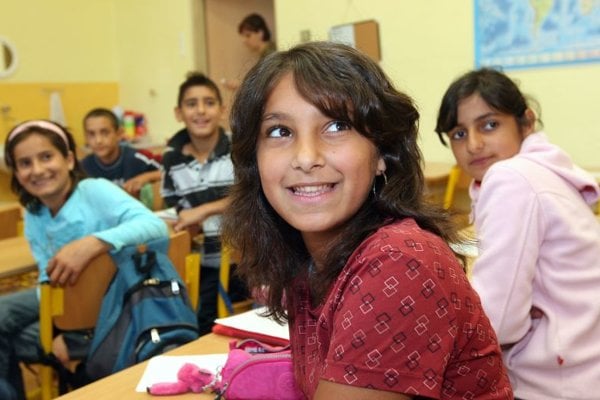 SLOVAKIA’S minorities received good news from parliament in late February when MPs passed an amendment to existing anti–discrimination legislation that extends the authority of those who provide Slovak-style affirmative action measures, as well as the scope of those who benefit from them. In particular, these measures may offer Roma living in poverty and social exclusion a better chance at improving their lives – but only if the state and municipalities are enthusiastic about implementing them, say activists.

The temporary equalising measures, as the Anti–Discrimination Act calls them, are “short-term measures to achieve equal chances, which must fulfil several conditions stated in the anti–discrimination law”, Justice Ministry spokesperson Jana Zlatohlávková told The Slovak Spectator.

Affirmative action – in a much milder form than its American counterpart – was introduced into the Slovak legal system almost a decade ago, when the Anti–Discrimination Act was first passed. But it has since been tainted by the notion that it constitutes ‘positive discrimination’. In 2005 the Constitutional Court banned it, and later parliament passed a new law including affirmative action, but with insufficient wording, and only now is there finally a law that is actually implementable, according to Laco Oravec, a programme director of the non-governmental Milan Šimečka Foundation.

“It is de facto the first time affirmative action can be implemented,” Oravec said. “However, the law represents only an open door, not any concrete steps, and the specific implementation will very much depend on the approach that will be taken.”

This, however, does not mean that measures providing some sort of advantages for disadvantaged groups have never existed before.

“Temporary equalising measures could have been carried out by state bodies before the [recent] amendment was passed, only the reasons for their use could not be based on ethnicity, but rather on socio-economic disadvantage,” Irena Bihariová from People Against Racism (ĽPR) told The Slovak Spectator, adding that state bodies have not used this law very often, and that it is now very important that the newly-passed law will be put into practice.

“This change can help the aid to be better and more correctly addressed,” Bihariová explained.

Previously, only state bodies had the authority to implement affirmative action steps. However, the amendment, proposed by the Justice Ministry in cooperation with the Labour Ministry, also grants local governments and private businesses the authority to enact measures that would provide advantages to disadvantaged groups, Zlatohlávková said.

The amendment also broadens the law’s scope to include ethnicity and nationality as well as socio-economic status as qualifying factors.

The amended law will strengthen the legality and increase the complexity and factual correctness of any specific affirmative action measures in the integration process of marginalised Roma communities, the government’s proxy for Roma communities, Peter Pollák, told The Slovak Spectator.

“The amendment can help Roma with accessing so-called helping professions that are needed in their communities, such as teachers’ assistants or social workers, because Roma know the problems of the communities better and speaking the Roma language is their advantage too,” Pollák said, adding that he is glad parliament passed the amendment. Curiously, he did not vote for it and later explained it was because he was not concentrating on the vote.

The Right Way programme, dubbed the Roma reform, should also put some affirmative action measures into practice, Pollák said. The reform, which he has prepared in cooperation with the Interior Ministry, was originally scheduled to be presented in stages on a weekly basis. However, only two stages have been presented so far and the schedule was subsequently abandoned.

Many of the already existing programmes contain features of affirmative action, especially those directed at Roma communities, such as teacher’s assistant programmes and field workers, among others. The difference with the new law is that it puts the focus on justifying the programme, using facts and statistics, and stating a clear objective, according to Oravec.

So far the programmes have been implemented rather spontaneously, but under the new legislation they need to be properly monitored from the beginning and they must prove to be beneficial. The new act can thus serve to prevent programmes that are ineffective or murky, Oravec said.

The Justice Ministry expects use of temporary equalising measures to increase among regional governments, Zlatohlávková said, particularly various forms of temporary jobs targeted at Roma communities, with the aim of improving their skills and predisposition, and thus their chances on the labour market.

“There are many possibilities, and they will all depend on those who implement them,” Oravec said, listing the state, public administration, regional governments and private businesses among them.
“I don’t expect a big initiative from private businesses, since they could already have taken such measures if they wanted,” Oravec said. “The first wave of affirmative action steps should really come from state bodies and local governments.”

“Indeed, it appears that local governments, having power in key sectors of employment, education, housing and health, play a critical role in addressing the marginalisation of poor Roma communities,” said Jarmila Lajčáková from the non-governmental Centre for the Research of Ethnicity and Culture (CVEK), a think tank.

For the implementation to be successful, the National Centre for Human Rights, in partnership with key state executive departments, should prepare detailed tool kits on how to implement affirmative action schemes to prevent abuse of the legislation, according to Lajčáková.

“At minimum, state administration and state-owned enterprises should serve as role models in adopting affirmative action schemes, including both preferential treatment in recruiting and targeted training and internship programmes, e.g. for Roma students,” Lajčáková told The Slovak Spectator.

Lajčáková insists the government should not shy away from harder measures too.

“For instance, I would amend the legislation on public procurement to require quotas for Roma to be hired for certain types of projects requiring low skills or menial workers,” she said.
Oravec is rather sceptical about how the state will take up its role.

“The law means a lot symbolically, but I have some doubts about how it will work in practice, because most of those things could have been done already, it wasn’t banned, and since we know the state bodies weren’t super-enthusiastic about it, I doubt the law can change it,” Oravec said. “It would need the drive of some institute, perhaps the plenipotentiary’s office, but we know its position among state bodies is not that strong.”

Slovak affirmative action laws are not a form of positive discrimination and their power falls short of the affirmative action measures applied in the past in the US: there is nothing along the lines of a more generous scale of social benefits for disadvantaged groups, or quotas in education and on the labour market, Bihariová stated. In Slovakia, the measures are instead geared toward giving disadvantaged people the chance to start on an equal footing with those who are not disadvantaged.

“Whether they get the job position or are admitted to the university is a matter of fair competition between them and other ‘competitors’,” Bihariová said.

Even so, the measures can be of great benefit to marginalised Roma.

“Saying that people who lost their job a month ago, live in a block of flats and have some savings, are competing for a job for the same position as a Roma from a settlement living without drinking water and unemployed for 10 years, is nonsense,” she said, adding that this is what the public needs to realise.

Not only the public, but also the government and key state officials need to recognise the inequalities experienced by Roma, according to Lajčáková.

“The government and the prime minister need to get the wider public on board with their affirmative action plan and should convince Slovaks why it is important to provide equal opportunities to Roma also through their preferential treatment,” Lajčáková said, adding that, “sadly, the prime minister recently claimed just the opposite, arguing for highly repressive and questionable measures to protect Slovaks from Roma, rather than accepting that they are human beings who should have equal chances to be successful in this society”.