SLOVAKIA has joined 10 other EU member countries by supporting the financial transaction tax (FTT). While the Slovak Finance Ministry views this as part of Slovakia’s commitment to deeper monetary and fiscal integration, the Slovak financial sector is far from pleased. Its members consider its introduction, and especially its selective character, unfortunate, saying it will slow down economic growth and have a negative impact on the local financial sector and its clients. 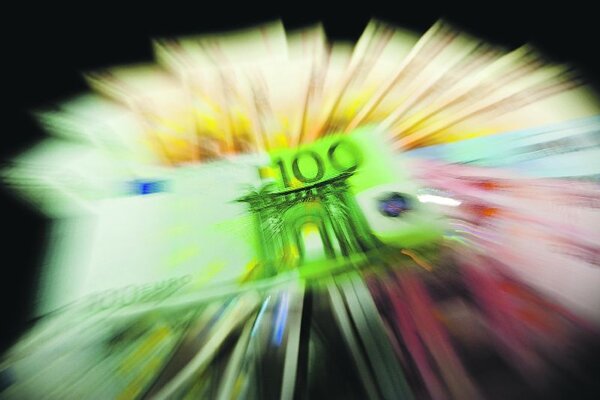 The cost of investing is set to increase. (Source: TASR)
Font size:A-|A+0

SLOVAKIA has joined 10 other EU member countries by supporting the financial transaction tax (FTT). While the Slovak Finance Ministry views this as part of Slovakia’s commitment to deeper monetary and fiscal integration, the Slovak financial sector is far from pleased. Its members consider its introduction, and especially its selective character, unfortunate, saying it will slow down economic growth and have a negative impact on the local financial sector and its clients.

The European Commission (EC) proposed to introduce the controversial FTT, also known as the Tobin tax, as of next year in mid February. Its aim is to raise public funds and encourage more responsible trading by financial institutions. The EC estimates that the levy, set at 0.1 percent for shares and bonds and 0.01 percent for derivatives, will apply to all transactions with an established link to the FTT zone and could raise €30-35 billion per year.

The idea to introduce the FTT in the EU dates back to 2011, and the original plan was to apply it across the EU with a view to raising €57 billion annually. However, for now only 11 eurozone member countries out of all 27 EU member states have applied to go it alone under the enhanced cooperation rule. These are, apart from Slovakia, Austria, Belgium, Estonia, France, Germany, Greece, Italy, Portugal, Slovenia and Spain.

“The decision to include Slovakia among the countries participating in enhanced cooperation is proof that Slovakia is joining countries that decided to progress in the direction towards deeper monetary and fiscal integration,” Radko Kuruc, an adviser to the finance minister told The Slovak Spectator. “The FTT is one of the main parts of this process.”

Participants in the Slovak financial sector and market observers have openly denounced the FTT. They criticise its selective introduction and expect that it will result in the transfer of a portion of financial transactions outside Slovak borders. They also point to a similar tax introduced in Sweden in the 1980s and 1990s, which resulted in financial transactions suddenly moving outside the country, to be conducted in the Netherlands, Denmark and Great Britain. Sweden assessed the tax as unsuccessful because it was only able to collect a small portion of what it had expected to receive, and in the end cancelled it completely.

“The financial transaction tax is often presented as a hammer on speculators,” Martin Vlachynský, analyst with the economic think tank INESS, told The Slovak Spectator. “But it will affect all those having something to do with finances.”

These include people saving for retirement in the second and third pension pillars and people investing in mutual funds, and it can also make insurance policies more expensive. According to Vlachynský, the burden of another tax would hit mostly ordinary citizens.

“The stagnating European economy is already today suffocated by an inflow of new taxes; another tax will only be a burden,” said Vlachynský.

Vlachynský said he expects that introduction of the FTT would lead to a similar situation to what occurred in Sweden when the tax was adopted there, and that some financial activities would move outside Slovakia into countries without the FTT.

The Slovak Banking Association (SBA) says the tax is dangerous because it slows economic growth and, along with the Slovak Insurance Association (SLASPO) and the Association of Securities Dealers (AOCP), it points out that based on the EC draft directive, the Slovak financial sector should participate in the rescue of foreign banking institutions, despite the fact that Slovak financial institutions behaved in responsible way and did not need to be rescued.

“The fact that the tax will be valid only regionally is actually the worst possibility,” SBA spokesperson Monika Kuhajdová told The Slovak Spectator. “The tax would be effective and would make more sense if it was global, as was the original intention of the EC, which it failed to push through.”

The Slovak banking sector considers the introduction of the FTT bad news, saying that it will further increase their costs. According to Kuhajdová, the EC itself has acknowledged the negative impacts of the tax on economic growth and employment, estimating an annual reduction in GDP between 0.53 percent and 1.76 percent.

The financial sector and market observers see more disadvantages than advantages with the FTT. According to Vlachynský, the fact that the FTT would not apply to state bonds only proves the real objective of this tax: obtaining funds for public budgets.

Robert Kopál, the director of AOCP, even doubts whether the introduction of the FTT will fulfil the expectations of its authors, as he expects an outflow of financial transactions from countries with the FTT into countries without the tax.

The SBA warns that the FTT may kill a significant part of the financial market in Slovakia and the transfer of taxed transactions from Slovakia abroad may strengthen these foreign markets. The association estimates that the tax would cost banks in Slovakia €50 million annually, according to Kuhajdová.

Miroslav Čamek, a life insurance and economics manager at SLASPO, sees as the biggest problem the risk of financial institutions moving from Slovakia into countries that do not plan to introduce an FTT.

“The Czech Republic seems an ideal possibility,” Čamek told The Slovak Spectator, noting that as well as there being no FTT, there is also no language barrier. “We assume that the FTT would not directly cause insurance companies active on the Slovak market to move their activities somewhere else, but with respect to many other regulatory burdens, like Solvency II, the hike in income taxes, the inflexible Labour Code and the unenforceability of the law in Slovakia, it could be that in some cases the introduction of the FTT is a proverbial final straw that will force some subjects to leave for a country with better conditions.”

According to Čamek, with regard to a lot of discussion about deepening integration, this tax would divide EU countries into two categories.

“It is as [if] you would like to have in a room every second table non-smoking – the result is null,” said Čamek.

SLASPO expects that the FTT would, in particular, affect the investing and technical reserves of insurance companies, which would result in insurance companies reducing their payments to life insurance clients. In the case of unit-linked insurance, this influence would be even more significant because investments or mutual funds would either carry out fewer operations (lower flexibility and liquidity), or maintain the current scope of trading activity, in which case the FTT would result in lower revenues for the client.

Kopál assumes that the FTT may lead to a reduction in the activities of local financial institutions and possibly also their cessation. He expects that local securities dealers will be hit hard by the FTT.

Kopál expects that the clients of securities dealers in Slovakia will either come to terms with paying this special tax, which would shave already low revenues, or avoid paying the tax altogether by simply deciding not to conduct the transaction or conducting it abroad through foreign financial institutions.

According to the Slovak Finance Ministry, the specific impacts of the FTT are conditioned by the results of technical negotiations about the draft directive, which will set the final parameters of the FTT.

“The Finance Ministry would approach the draft directive with efforts to intensively push for its suggestions and interests also on the basis of the planned package of pro-growth measures, the concept of revival of the domestic capital market and problematic fields indicated by subjects of the domestic financial market,” said Kuruc.