THAT SLOVAKIA does a far from excellent job of collecting taxes, and that avoiding taxes is sometimes referred to as a national sport, is nothing new. Slovak governments have repeatedly identified the need to combat tax fraud and evasion and take actions that yield more tangible results. Entrepreneurs say the unfair practices of some of their peers are harming their businesses and making them less competitive. They are calling on the government to take action and are willing to offer solutions themselves. 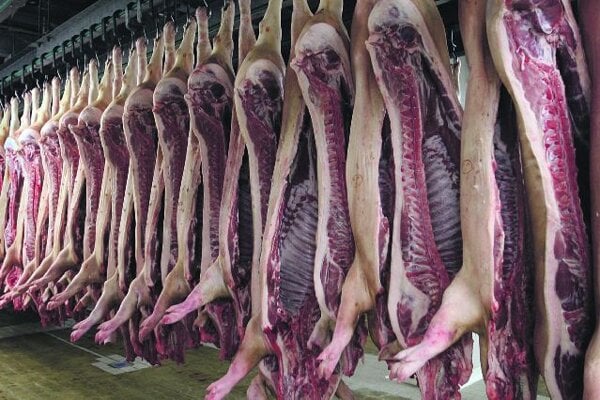 THAT SLOVAKIA does a far from excellent job of collecting taxes, and that avoiding taxes is sometimes referred to as a national sport, is nothing new. Slovak governments have repeatedly identified the need to combat tax fraud and evasion and take actions that yield more tangible results. Entrepreneurs say the unfair practices of some of their peers are harming their businesses and making them less competitive. They are calling on the government to take action and are willing to offer solutions themselves.

“The business public perceives negatively that even after the adoption of several measures supporting fiscal consolidation and simultaneously worsening conditions for doing business in Slovakia, the problem of tax evasion continues to be solved in an insufficient and timid way, especially in the case of value added tax,” Peter Mihók, the head of the Slovak Chamber of Commerce and Industry (SOPK) told The Slovak Spectator.

While the Financial Policy Institute (IFP), part of the Finance Ministry, has estimated that VAT evasion in 2011 totalled €2.3 billion, SOPK estimates evasion in 2012 at €2.6 billion based on economic data. When the so-called ‘black’ economy is taken into account, however, tax evasion may be as high as €5 billion.

“It is obvious that if the collection of taxes improves, it would be possible to reduce significantly the hike in taxes and compulsory levies and in this way minimise the negative impact of efforts to consolidate public finances on doing business,” Mihók told The Slovak Spectator. “For the time being, when several business entities, especially small and medium-sized entrepreneurs, are operating on the edge of profitability, those who are meeting their tax duties are getting into a disadvantageous position and are unable to compete with entities that do not pay taxes at all or pay them only partially.”

The Slovak Finance Ministry regards combating tax fraud and evasion as one of its priorities and reckons that VAT evasion is probably the biggest hole through which the government’s revenues are leaking. It has launched a three-phase action plan in its fight against tax evasion, whose measures have been implemented gradually. The aim of these measures is also to improve the business environment for entities who conduct business fairly and legally. For example, the revision to the VAT Act, containing several measures to combat tax evasion, became effective on October 2012, Radko Kuruc, an adviser to the finance minister, told The Slovak Spectator.

But for now it is impossible to quantify the exact financial influence of the measures because their positive effect on the state budget depends entirely on the approach and ability of the tax administration to utilise these measures. Kuruc thinks that the initial effects of the measures will be noticeable as early as this year.

“But there is still a large amount of work in front of us,” Kuruc told The Slovak Spectator. “The Finance Ministry wants to introduce this year, for example, the rating of tax subjects and the lottery of registration records.”

The business sector is not fully satisfied with the measures adopted so far and regards them as insufficient. Mihók of the SOPK, in particular, is calling for the removal of red tape for taxpayers, such as duplicate reporting.

According to Róbert Kičina, the executive director of the Business Alliance of Slovakia (PAS), the existing measures have not resulted in any major changes in VAT payment.

“They could push a portion of business people to a more disciplined fulfilment of their tax duties and make doing business more complicated for cheaters,” Kičina told The Slovak Spectator. “But more significant progress in uncovering tax fraud may arrive only after the introduction of electronic reports with extended information duties of taxpayers.”

To improve the situation the SOPK itself has come up with a proposal for a comprehensive automated system of tax document registration.

“The comprehensive automated system of registration of tax documents is proposed as a comprehensive solution for the introduction of electronisation and automation of existing processes of the Financial Administration when processing tax documents,” Mihók told The Slovak Spectator.

“This is an automated, incorruptible and flexible ‘anti-virus’ system, which manages to curb tax fraud significantly and secure prevention of undesirable behaviour by entrepreneurs by providing exact financial data in real time.”

The SOPK believes that the inability to produce exact data quickly, in particular, is currently the biggest problem of the Financial Administration, leading to a very low recoverability of claims from uncovered tax fraud.

“If unjustified VAT refunds are paid out to a fraudster, after the subsequent discovery of the fraud, this money almost never comes back,” said Mihók.

According to the SOPK calculations, the introduction of this system would improve VAT collection effectiveness by at least 15-25 percent, resulting in an additional €500 million for the state budget annually. With the introduction of other legislative measures, effectiveness could improve by 80-90 percent, it says. The cost of the project is estimated at €15 million.

The Finance Ministry generally welcomes the SOPK’s initiative, but points out that the solution would increase businesspeople’s expenses, as they would had have to buy a product from a private company, and that each business person would have to be connected to the internet. The ministry has prepared its own solution in the form of an electronic control VAT report, which creates a precondition whereby rather than entrepreneurs doing their VAT returns themselves, the Financial Administration would do them instead. It believes that this would improve tax collection and curb fraud.

“The aim of this … measure is more effective collection of taxes via an analysis of detailed data from the business sphere in real time and more targeted audits,” said Kuruc, adding that this solution would enable automated processing and cross-checking of the data that is obtained.

SOPK is ready to support any good proposal that would help curb tax evasion, but it also considers the simultaneous reduction of the administrative burden of entrepreneurs to be important. It believes that the launch of electronisation of tax documents is the best way to curb tax fraud.

Kičina views both proposals as very similar, saying that both could lead to the improvement of reporting on commercial transactions conducted by businesses. After their implementation, the Financial Administration would get a better overview of the movement of goods and services between firms, and the system could also automatically identify risky transactions. Since he did not know the details of the individual proposals he was not able to assess their differences in depth.

“The advantage of both systems is that the Financial Administration, when accounting for VAT, will not receive only basic figures from businesspeople [whether there arises a VAT obligation or a need to refund the taxpayer] but a detailed summary of invoices, on whose basis the VAT return was elaborated,” said Kičina. “Improvement of supervision in this field is inevitable since Slovakia is, after Greece, the second worst country in terms of tax evasion.”