Victims will be compensated for trauma

SLOVAK legislation stipulates that every victim of a violent crime, including all forms of sexual assault, has the right to ask the state for financial compensation if he/she does not receive it either from the offender or via crimal and civil proceedings. In order to make the rules for applicants clearer the Justice Ministry has prepared an amendment to the law on compensating the victims of sexual assault, which will allow them to ask for money not only for physical, but also emotional damage. 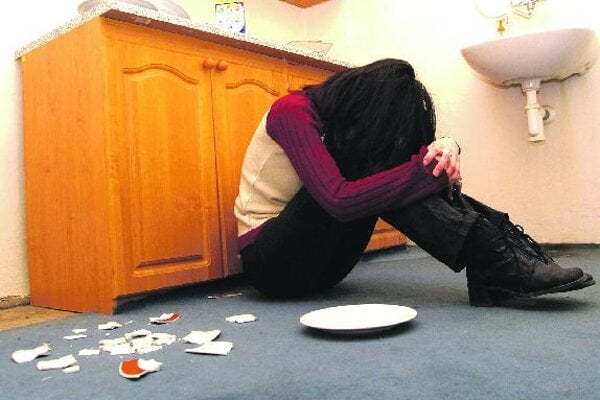 Compensation for emotional harm is on the cards. (Source: SME)
Font size:A-|A+0

SLOVAK legislation stipulates that every victim of a violent crime, including all forms of sexual assault, has the right to ask the state for financial compensation if he/she does not receive it either from the offender or via crimal and civil proceedings. In order to make the rules for applicants clearer the Justice Ministry has prepared an amendment to the law on compensating the victims of sexual assault, which will allow them to ask for money not only for physical, but also emotional damage.

The aim of the amendment is to clarify the legislation concerning compensation for victims of violent crime, not only in terms of legal theory, but in accordance with the requirements of practical application, according to Justice Ministry spokesperson Jana Zlatohlávková.

While psychologists and representatives of the public sector who deal with the victims of violent crime welcome the changes, some of them point out that there is still room for improvement.

“We had to intervene in this law since in specific situations, due to the unclear formulations of paragraphs, there was the threat that victims who went through traumatic situations would remain without help from the side of the society,” said Justice Minister Tomáš Borec, as quoted in the ministry’s press release, when introducing the changes.

The new rules include the right for victims of sexual crimes to seek compensation for emotional damage, i.e. the harmful psychological and emotional effects of sexual assault, like trauma, depression, anxiety or stress, among others, and sets clearer rules for compensating children who are victims of sexual abuse, Zlatohlávková said. She added that the law should serve as a kind of “guarantee” for cases in which the victim has no other chance of being compensated after the criminal proceeding is over.

“However, this law should not substitute the obligation of the offender to pay damages,” Zlatohlávková told The Slovak Spectator.

Jana Šípošová, head of the civic association Victim Support Slovakia (PON) who currently serves as an advisor to Ordinary People and Independent Personalities (OĽaNO) MP Erika Jurinová, says she welcomes the changes passed by the government, especially the right of victims to claim compensation for emotional damage. She explained that although victims had this right before, as established by the changes to the criminal laws passed in 2005, it was not common for judges to deal with compensation during criminal proceedings. The only thing they focused on was proving the guilt of the offender and issuing punishment, Šípošová stressed.

“Yet, this is a very obsolete concept,” Šípošová told The Slovak Spectator, adding that the criminal proceedings should also focus on compensating the victims, both materially and morally.

Šípošová also assumes that not only the victims of sexual crimes should be entitled to the compensation, but also the victims of all violent crimes, since these cases also result in serious harm and even death. She added that this problem should be resolved by implementing the directives concerning the victims of crimes passed by the European Parliament into Slovak legislation.

In addition to including in the law compensation for emotional damage as well as for abused children, the Justice Ministry is proposing several other changes, one of which would require the unification of the periods in which the victim can ask the state for compensation. Currently a victim can file his/her application for compensation in two different periods: 18 months after the violent crime happened, and six months after the court issues a final verdict.

The new law should unify the periods during which the victim has the right to ask for compensation to six months after the court issues a verdict, Zlatohlávková explained.

The amendment also includes the right of victims of sexual crimes to seek compensation for emotional damage regardless of whether they were also physically injured.

The victims will still have to fill out a form in which they have to include either the verdict in the case, or the name of the court or the body which last dealt with the case, as well as a document issued by a medical practitioner that confirms the damage caused, Zlatohlávková added.

If the changes pass parliament, they will become effective as of June 2013.

What the experts say

Šípošová assumes that the new law will not affect many people. Of this group only a few people will learn about the changes, and even fewer people will apply for the compensation at the Justice Ministry. She believes that it would be better if compensation was granted by the judge during a criminal proceeding and included into criminal law as well as criminal practice.

The purpose of the proceedings should be not only to punish the offenders, but also to satisfy the victims, Šípošová says, adding that the punishment will “bring you neither health, nor [reverse] your psychological damage”. Moreover, the further proceedings during which the victims have to prove they were actually harmed only cause them more stress, she added.

In addition to this, Šípošová believes the law should stipulate that victims of violent crimes should receive compensation from both the offender and the state. The latter should be based on the duty of the state to protect its citizens.

“If the state did not achieve this [protecting the victim], it should have the moral duty to compensate its citizen, who is not responsible for what happened to him/her,” Šípošová added.

Psychologist Sylvia Dančiaková considers the changes “better than nothing”. She believes that there is a confidential and sensitive way to compensate women who face violent crimes, like rape or sexual assault. In addition to financial compensation, women should also receive some kind of free “guide” which will advise the victim on what to do during the whole process, from the police hearing, through the medical examination, therapy, self-defence courses and possible legal proceedings, as well as offer legal advice, she told the Sme daily.

“It would be good if the state also invested into prevention and security, so the person would not become the victim of a crime,” Dančiaková said, as quoted by Sme.