THE HOLOCAUST and the responsibility of the wartime Slovak state for its participation in the Nazi-controlled extermination of Jews remains a part of their history that the Slovak public knows relatively little about – despite experts’ claims that there is more than enough information available about this era. 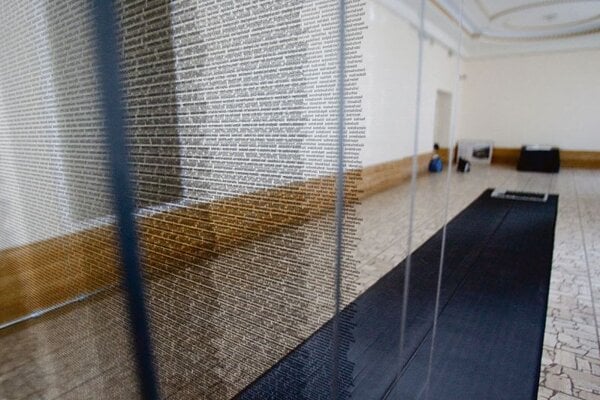 THE HOLOCAUST and the responsibility of the wartime Slovak state for its participation in the Nazi-controlled extermination of Jews remains a part of their history that the Slovak public knows relatively little about – despite experts’ claims that there is more than enough information available about this era.

Slovakia’s wartime experience is often a source of controversy and argument in Slovak society, especially since many prominent figures today refuse to acknowledge the responsibility of Slovakia’s then leaders for its part in the Holocaust and Holocaust-related events that took place on Slovak territory.

Ignorance among the young

“Particularly shocking is the level of ignorance and unawareness [about this part of history] among the youngest age groups,” said sociologist Oľga Gyarfášová, presenting the results of a survey conducted by the Focus polling agency in January 2013. She explained that between one half and two-thirds of 18-24-year-olds responded “I don’t know” to researchers’ questions in the poll.

“That shows that schools teach little about the wartime Slovak state, and [they do it] wrong,” Gyarfášová said.

More than one third of all respondents, for instance, responded they didn’t know or didn’t care about who the representatives of the wartime Slovak state were. Fewer than 60 percent of respondents were able to name the president of the state, Jozef Tiso, but weren’t able to give any other names, the TASR newswire reported. Similarly, more than half of respondents weren’t able to explain what the word ‘Aryanisation’ meant, and almost half of them said they didn’t know how many people had been deported to Nazi concentration camps from Slovakia – with the answer ‘I don’t know’ given mainly by the youngest age groups (15-17 and 18-24), TASR reported Gyarfášová as saying.

The research, entitled ‘The Slovak wartime state and the Holocaust in the collective memory of Slovak society’, presented on March 12, was conducted as an independent initiative of experts from the Institute for Public Affairs, the Historical Institute of the Slovak Academy of Sciences, the Holocaust Documentation Centre and the Memory Kontrol/Truc sphérique initiative. The research was designed to reveal knowledge of historical facts, but also the opinions of the Slovak public about the 1938-1945 history of Slovakia, particularly Aryanisation, deportations of Jewish people and the Holocaust. The research is unique, in terms of its focus as well as its scope, in Slovakia.

There has been a shift in perceptions about Tiso. While in 1993 he was regarded positively by 25 percent of the public, 20 years on the number has dropped to 14 percent, according to the results of the research.

While the growing popularity of various extremist and xenophobic movements around Europe shows that there is a big need to remind people of Holocaust-related events, it seems that teachers in Slovakia are not always eager to discuss issues related to the totalitarian wartime Slovak state with their students, experts said in a discussion following the presentation of the research results on March 12, the TASR newswire reported. They added that the Slovak public seems to be traumatised by events from this historical period and refuses to revisit them.

Not only the Holocaust, but history in general suffers from the small space given to it in school curricula, according to Martina Fiamová, a historian from the Nation’s Memory Institute (ÚPN).

“Many important topics of 20th century Slovak history don’t receive space in schools, because there is simply no time for that,” Fiamová told The Slovak Spectator, adding that it is also often the case that history teachers are not qualified and thus also have difficulties with some topics.

Researchers insist that the perhaps insufficient focus on the Holocaust in Slovakia’s schools is definitely not due to a lack of information and publications, and that the existing sources are sufficient.

“In the end, however, it depends on each and every teacher how and what they teach their pupils about this period,” Monika Vrzgulová, director of the Holocaust Documentation Centre (DSH) civic association told The Slovak Spectator.

Many memoirs, and works of both non-fiction and fiction focusing on the 1939-1945 wartime Slovak history and the Holocaust in Slovakia have been published since 1989, according to Vrzgulová. For instance, the ÚPN published a Slovak-English publication about post-1938 Slovak history entitled The Power of Witnessing, available for free to students and teachers, Fiamová noted.

“The problem is that the social and expert discourse about this historical period is divided into two ‘camps’ – one critically evaluates and analyses it, while those from the other trivialise the responsibility of the wartime Slovak state’s representatives for the events that took place, and thus also for the Holocaust in Slovakia,” Vrzgulová said, adding that so far no constructive discussion has taken place between the two camps.

Holocaust was larger than originally thought

The results of research that was published recently in the second volume of the United States Holocaust Memorial Museum’s Encyclopaedia of Camps and Ghettos, 1933-1945, focusing on ghettos in German-occupied Eastern Europe, has shown that the number of facilities used for this purpose, including in Slovakia, might have been much higher than historians had previously been aware of.

Historians working on the encyclopaedia, the first volume of which was published in 2009 (with seven volumes projected altogether) were surprised to discover that “there was a vast universe of facilities, more than 42,500 of them, that formed the heart of the Nazi regime”, the museum’s website reads.

The camps where Slovak citizens of Jewish ethnicity were held in 1938-1944 are relatively well-mapped, according to Ján Hlavinka, a historian from the Historical Institute of the Slovak Academy of Sciences who also cooperates with the Holocaust Documentation Centre .

In Slovakia, the three biggest Jewish labour camps were located in Nováky, Sereď, and Vyhne, which altogether housed 3,400 people, most of whom were not deported to Nazi concentration camps in the first such wave between March and October 1942 (no exceptions were granted in the second wave of deportations, which followed the defeat of the Slovak National Uprising in August 1944).

Apart from these, there were several similar but smaller camps all around Slovakia, Hlavinka said in an interview with The Slovak Spectator.

When deportations of Jews from Slovakia began in 1942, the regime established three additional temporary concentration camps in Žilina, Poprad, and Bratislava’s Patrónka quarter.

While both Nováky and Sereď have already been researched individually, the oldest camp in Vyhne is yet to be researched properly, Fiamová said.

Dozens of labour facilities which aimed to ‘re-educate’ the Jews through hard labour in the spirit of the ruling ideology, as well as concentration centres from where people were deported in 1942 across Slovakia’s borders, have been researched too, but the information is still not complete.

“We can only guess about some places of concentration of Jews,” Fiamová said. “That is also why the research in this area cannot be considered finished.”

In the light of the information published in the encyclopaedia, the Sme daily focused on the territory that today belongs to Slovakia but which was part of Hungary during the war. This area included what is now Slovakia’s second-biggest city, Košice.

“I call the things that happened during World War II in the south of Slovakia the forgotten Holocaust,” the president of the Jewish Community in Bratislava, Peter Salner, told the Sme daily. “In Slovakia we are acting as if it didn’t concern us, because Hungarians controlled [the territory], while Hungarians are saying – it’s Slovakia’s territory now.”

Hlavinka agreed that research of the Holocaust in southern parts of present-day Slovakia that fell under Hungarian control during the war is lagging behind research on the territory of the wartime Slovak state.

“It is also true that Slovak historians perceive this research as their Hungarian colleagues’ task, and vice versa,” Hlavinka told The Slovak Spectator, listing, however, other main reasons: the accessibility of archive materials, the difficulty of the research, and the small number of Slovak experts with sufficient knowledge of the Hungarian language who could devote themselves to this issue systematically.