PEOPLE seek loans from non-banking companies for various reasons. Sometimes it is because they do not meet the lending requirements of banks; sometimes it is because they want money quickly. However, the result is that they often receive a loan under more disadvantageous conditions than they would from a bank, and the final price they pay for borrowing the money is higher. 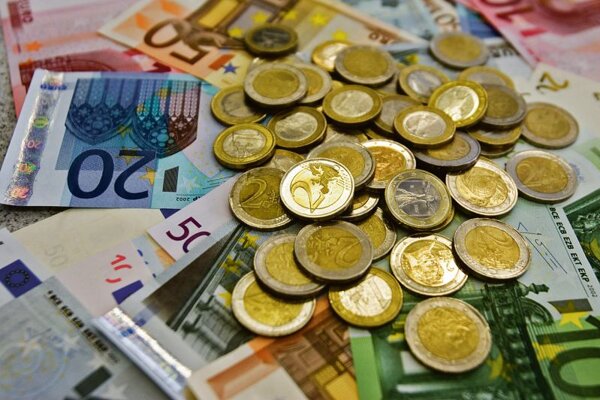 PEOPLE seek loans from non-banking companies for various reasons. Sometimes it is because they do not meet the lending requirements of banks; sometimes it is because they want money quickly. However, the result is that they often receive a loan under more disadvantageous conditions than they would from a bank, and the final price they pay for borrowing the money is higher.

A recent case involving loans provided by a non-banking company is that of Pohotovosť, which has filed thousands of complaints to courts at all levels, including the Constitutional Court, and is suing the state for what it calls delays in proceedings dealing with the seizure of property owned by clients who have failed to repay their loans, the Sme daily reported on March 11.

While the Justice Ministry says that courts are dealing with Pohotovosť claims on clients’ property “in accordance with the law and the [legal] time schedule”, the Constitutional Court has admitted to problems in handling the volume of complaints, explaining that it does not have enough personnel, technical and financial capacities to deal with all the complaints it has received.

By the end of February 2013 the Constitutional Court had logged 9,688 complaints filed by Pohotovosť, plus 10,352 supplements to these complaints, according to a statement released by the court. The company claims that its right to have its cases judged by an independent and impartial court within an appropriate time frame, which should be guaranteed by both the Slovak constitution and the Convention for the Protection of Human Rights and Fundamental Freedoms, has been violated. According to Pohotovosť, the other courts have failed to provide impartial judges who would be able to decide the lawsuits they have filed against the state, Sme wrote.

The Constitutional Court says it has had to employ additional staff to handle the cases.

The huge number of complaints and supplements filed also “significantly limits the decision-making of the Constitutional Court justices” since, though the complaints are submitted by only one subject, each of the judges has to deal with them individually, Chief Justice Ivetta Macejková stressed in the press release.

Some experts dealing with protection of consumers claim that the practices Pohotovosť uses resemble usury.

Pohotovosť is also suing the state for rulings the courts have passed in execution proceedings which refused to permit seizure of the assets of clients with outstanding debts. Justice Ministry spokesperson Jana Zlatohlávková told The Slovak Spectator that as of the end of January the state had received more than 43,500 lawsuits, and that this number could increase.

Pohotovosť explained that it submitted the complaints because it is convinced that the laws, deadlines and valid rules are equally binding for companies and citizens as well as the state administration and state, the SITA newswire wrote.

“Delays in court proceedings and worsened law enforceability harm companies and eventually also people,” said Michal Hatina, from the marketing department of Pohotovosť, as quoted by SITA. “We try to obtain fair and early rulings in compliance with the valid legislation of Slovakia and the European Union.”

The Justice Ministry has not paid any compensation to Pohotovosť, which “clearly shows our attitude to their legitimacy”, Zlatohlávková said.

“The Justice Ministry holds and will hold the same view in the court proceedings, where it will protect the interests of the state and taxpayers,” Zlatohlávková told The Slovak Spectator.

Meanwhile, some Pohotovosť clients have complained that the company sets extremely high interest rates. The company allegedly charged interest at 0.25 percent per day, or 91.25 percent a year, the Hospodárske Noviny daily wrote in January. Judge Peter Straka, who previously worked at the Justice Ministry dealing with consumer protection, said that one problem is the inactivity of the responsible authorities. He told Sme that if the loans are really offered to clients in need with interest rates of more than 100 percent, “there is a question how [this squares] with the application of the criminal law on usury and consumer protection”.

Eliška Ščasná from the Association for the Protection of Financial Consumer OFS commented that the continued activity of Pohotovosť on the market, despite the practices it employs, represents a failure by the state.

According to her, clients often ask Pohotovosť for a loan when they are under pressure and in financial need, for example when other financial institutions force them to pay off money they have borrowed and are not willing to defer or lower repayments. She told The Slovak Spectator that Pohotovosť lacks professional care for its clients, which means that it does not check the creditworthiness of client and whether they are able to pay off the loans granted. As Pohotovosť provides money at a very high interest rate, clients are still unable to pay their instalments, so their cases end up in execution proceedings, she added.

Unlike banks in Slovakia, the activities of non-banking companies are not overseen by the National Bank of Slovakia (NBS), the country’s central bank. The only authority eligible to deal with such firms is the Slovak Trade Inspectorate (SOI). Since 2006 the SOI has received about 50 complaints regarding Pohotovosť, based on which inspectors have carried out 26 inspections. They have issued eight fines worth €58,000, Sme wrote.

“There will be arbitrators who will have to be more qualified, [and] will be registered at the Justice Ministry,” Justice Minister Tomáš Borec said, as quoted by SITA.

On the other hand, the new rules should reduce the time taken to resolve commercial disputes, so that businesspeople get verdicts earlier, he added.