GREECE is known in Slovakia today primarily for its economic problems, but it has also been a favourite holiday destination for Slovaks. During the third quarter of 2012 it was the third most popular destination, after Croatia and Turkey. But business connections between Slovakia and Greece remain rather thin. 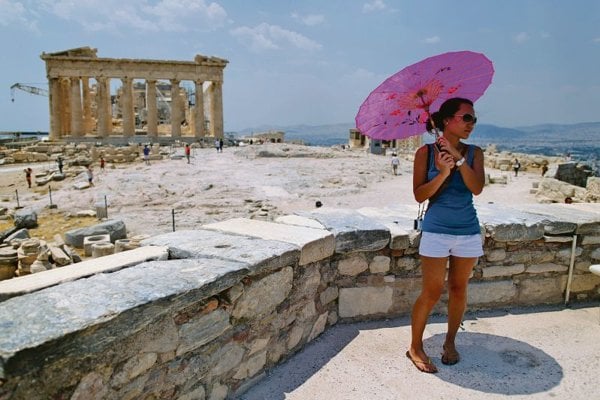 GREECE is known in Slovakia today primarily for its economic problems, but it has also been a favourite holiday destination for Slovaks. During the third quarter of 2012 it was the third most popular destination, after Croatia and Turkey. But business connections between Slovakia and Greece remain rather thin.

“When assessing quantitative indicators of bilateral trade between Slovakia and Greece it is necessary to say that Greece does not belong among Slovakia’s significant trading partners,” Katarína Benková from the international trade department at the Slovak Economy Ministry told The Slovak Spectator. “The positive trend of bilateral trade and Slovakia’s exports to Greece was interrupted by the global financial crisis, but in particular by the economic crisis in Greece.”

Under the influence of austerity measures adopted by the Greek government, total imports to Greece, as well as domestic consumption, have significantly decreased since 2009. Imports have shrunk especially in the categories of cars, electronic appliances and consumer goods. This development was also mirrored in Slovakia’s exports. While Slovakia exported to Greece goods and services amounting to €287.2 million in 2007, this almost halved by 2011. The development of Greek exports to Slovakia has been mixed. They fell from €93.52 million in 2007 to €79.47 million in 2008. Over the next three years they hovered around €90 million. The trade balance remains positive for Slovakia.

According to the latest data of Global Slovakia, 635 Slovak companies export to Greece.

Statistical figures on Greek investments in Slovakia differ, according to Benková. Based on the data of the National Bank of Slovakia, total foreign direct investments from Greece to Slovakia amounted to €3.134 million by 2010. Invest in Greece puts investments by Greek companies in Slovakia until 2010 at €33.81 million. This figure also includes investments that were initiated by Greek businesses, but for which the country of origin is different as these came from affiliates of Greek companies based in other countries. Most of the investments were in the tobacco industry, food production, information systems, automation, and the sale of jewellery and fashion accessories.
Greece did not rank among the top 10 investors of Slovakia in 2011, nor during the first 11 months of 2012.

Benková views as positive the decision of the Slovak government in March 2009 to provide investment stimulus of €5.46 million to Crown Bevcan Slovakia to produce beverage cans in the industrial park of the eastern Slovak village of Kechnec. The €42.5 million investment made by this US company of Greek origin created 108 jobs in 2010. The company extended production in March 2011, creating 50 additional jobs.

In total, 11 business entities with capital participation by Greek companies operate in Slovakia, according to SARIO, Slovakia’s state investment agency.

SARIO also believes that Slovakia can make use of Greek experience from public-private partnership projects in building highway infrastructure and tourism, according to Ľubomíra Mardiaková, SARIO spokesperson.