THE ‘PHOTO-CONFRONTATION’ that is being presented in Bratislava until the end of March features portraits of nude women as seen through eyes of three professional photographers: a Slovak, a Belgian and a Dane. The idea for the exhibition, called 3x3x3 Sensuality Emotion Transformation, was born at the international congress of photography in Lyon back in 2011. 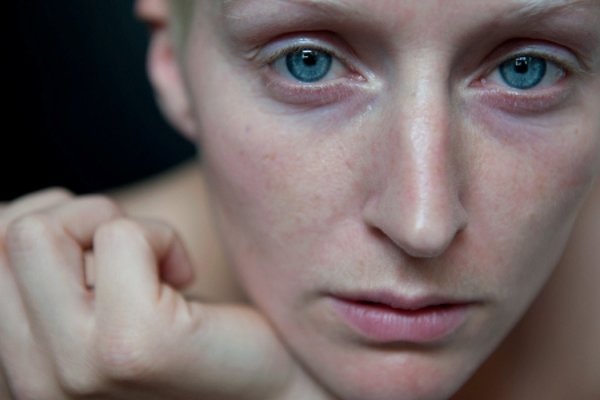 THE ‘PHOTO-CONFRONTATION’ that is being presented in Bratislava until the end of March features portraits of nude women as seen through eyes of three professional photographers: a Slovak, a Belgian and a Dane. The idea for the exhibition, called 3x3x3 Sensuality Emotion Transformation, was born at the international congress of photography in Lyon back in 2011.

“We have known each other for some time, being active in national associations of the Federation of European Photographers,” Pascal Baetens of Belgium told The Slovak Spectator, “and at this congress Joergen Brandt, the Danish one, proposed that we do something together, and I said okay, let’s do it, let’s find ourselves again, find inspiration, find and fight difficulty, and resource ourselves a bit.” He continued that they decided to do photo sessions with female models, both professional and amateur, in each of their respective homelands, with each of the photographers taking pictures of all the women during a single day, thus inviting comparisons and contrasts between their respective views and methods.

“We asked them to undress and not to wear make-up, and the make-up was a bigger problem than the nudity,” Martin Vrabko, the Slovak photographer, told TSS. “But it was important for us,” Baetens explained, “as we were all interested in photographing people, real people, not the facade, including emotions, contact, etc.”

Vrabko added that the photo shoot highlighted the different attitudes among the women in each country towards nudity and their bodies: in Denmark, the sessions felt more relaxed, whereas in Slovakia the women came across as prudish, with thoughts of “What would others say?” Baetens opined that in Belgium, two different attitudes converged: the German or Nordic stance, which sees nudity as a natural state of being, and the Latin one, which perceives nudity as a sexual connection, a pose or a game; so that once they undress they lose their power.

Baetens also stressed the photographers’ different working methods: while Vrabko created a unique and sometimes improvised environment in his studio, with the help of music, light, ambience and non-verbal cues, Brandt let them express themselves freely, move, dance and position themselves anywhere they wanted – often outdoors – and then took quick snapshots. Baetens encouraged the women to release their emotions, both positive and negative. “I found a lot of abuse - sexual, physical and mental, many traumas – and you can maybe see it in some of the pictures,” Baetens said, adding that they even thought of including stories to accompany the photos (at least in cases where the women allowed them to do so), but were still undecided over the idea.

Visitors can easily see the differences in how each photographer viewed his model and what he was able to find in her, and emphasise and draw out. Vrabko’s pictures are positive, sunny (and in colour), with models appearing happy, careless and even cheeky, while Baetens’ back-and-white photos are more from the “dark side of the Moon”, with models appearing more fragile, insecure and vulnerable, and Brandt’s pictures are dreamlike, blurred, more like a flash, a reflection in a mirror.

The exhibition’s opening was attended by the Belgian Ambassador to Slovakia, while the Danish and Dutch Ambassadors visited it later. “We are proud that many women come to our exhibition and like it,” Vrabko said. “We rather expected more men, maybe a fifty-fifty ratio, and it surprised us that so many women come – and often they return with other friends, to re-visit it and show it to other people.”

The photographs, as curated by Marián Pauer, can be seen at Galéria Z in Zichy Palace in Ventúrska 9 in Bratislava until the end of March (daily except for Sundays between 13:00 and 18:00). In May it will continue in Denmark. “I am negotiating an exhibition in Belgium later this year, and we hope the works travel around Europe later,” Baetens hopes.