ADOPTIONS of Slovak children to Italy were put on hold on February 19, due to what Slovakia identified as missing post-adoption reports on the fate of 72 Slovak children adopted by Italian families. The moratorium will remain in effect until all of Slovakia’s terms are met by the Italian side. Meanwhile, Italy, the country with the highest demand for international adoptions from Slovakia, has promised to supply by April 15 the missing reports on 72 of the 269 children adopted over the past 10 years, Labour Ministry spokesperson Michal Stuška told The Slovak Spectator. 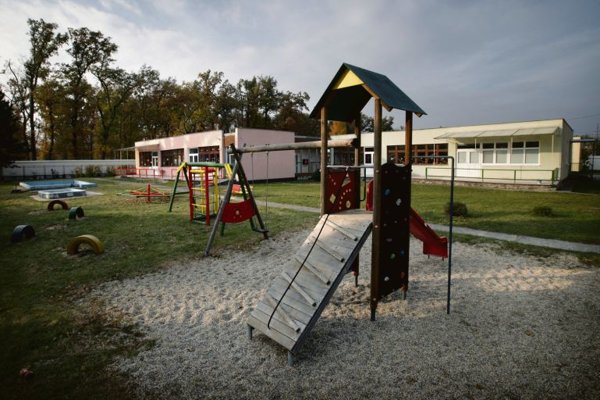 ADOPTIONS of Slovak children to Italy were put on hold on February 19, due to what Slovakia identified as missing post-adoption reports on the fate of 72 Slovak children adopted by Italian families. The moratorium will remain in effect until all of Slovakia’s terms are met by the Italian side. Meanwhile, Italy, the country with the highest demand for international adoptions from Slovakia, has promised to supply by April 15 the missing reports on 72 of the 269 children adopted over the past 10 years, Labour Ministry spokesperson Michal Stuška told The Slovak Spectator.

Slovak Labour Minister Ján Richter halted the adoptions on the heels of a visit to Italy on February 13 by Andrea Císarová, the head of the Centre for International Legal Protection of Children and Youth (CIPC), a branch of the Labour Ministry, to discuss the missing adoption reports. Císarová met with representatives of the Italian Commission for International Adoptions (CAI) and inquired about 117 post-adoption reports. However, she was only able to access a few of them, according to the Sme daily.

Slovak MPs began looking into documentation on the adoption of Slovak children in September 2012, after disputed cases of inter-country adoptions emerged, Sme reported. The impetus came primarily from the highly charged case of the Boór brothers, who were originally taken away from their parents, who at that time lived in Great Britain, by British social services.

Along with the missing reports from Italy, mainly covering adoptions that occurred in 2003 to 2005, the MPs’ investigation also revealed the case of two allegedly under-age and pregnant Slovak sisters living with an Italian foster family, whose case was first publicised in October 2012. The sisters claimed in online and phone conversations with their previous foster parent, Tatiana Lipková, that the younger one, 13, had delivered a baby, and the older of the two, 16, was pregnant with twins, TV JOJ reported in October 2012. However, the Labour Ministry said that these claims had proved untrue.
“In this case [of the Slovak sisters in Italy], only confused and unverified information brought by the media was in question, but finally they admitted that they were wrong,” Stuška said, adding that this particular case was discussed only briefly during Císarová’s talks with the Italian commission. “The girls were legally adopted and the centre disposes with information on their condition.”

Richter discussed the missing documentation on March 6 with Italian Ambassador to Slovakia Roberto Martini, who had requested a meeting, according to Stuška. However, Martini did not explain why the documents are missing, despite the fact that they are required by international adoption protocol, Sme reported.

Richter and Martini agreed that the countries would revise the Protocol on Cooperation in Cross-Country Adoptions after Italy sends the missing reports.

“It is the responsibility of the Italian side to produce the missing documents, we are forthcoming and ready; it is Italy’s turn now,” Richter said, as quoted by the SITA newswire.

Rather than rely on Italy’s promises that it will send the reports, Slovakia should instead create a team to go to Italy and inspect the conditions of the adopted children in person, said Natália Blahová, the social advisor to the Foster Families Association who reported the case of the sisters on her blog, as quoted by Sme.

Richter will consider this option in the event that Italy fails to provide the reports by April 15.
The Italian ambassador, however, said that there is long-term cooperation between Slovakia and Italy on inter-country adoptions which, in his words, are bringing good results: since 2003, 269 children have been adopted, SITA reported.

“The priority of the Italian side is first of all to defend the interests of under-age children in this sphere and we have always made an effort to make sure that everything was in line with Italian and European legislation,” Martini said, according to SITA.

Alena Mátejová, the former head of the CIPC, who was replaced in summer 2012, considers the “scandal of the missing reports about 72 children to be as artificial as the case of the pregnant girls”, according to Sme. She claims that the centre regularly demanded the reports, which were often delayed, and thus denies any claims of failure on the part of the CIPC.

“During my management the centre had information about all children adopted in Italy,” Mátejová said via her lawyers, as quoted by Sme.

The MPs’ investigation showed that more than 357 Slovak children were adopted by foreign families with the CIPC’s approval over the past 10 years, and in the cases of 106 of them, a CIPC commission, which is supposed to find suitable families for children, did not take part in the decisions over the adoptions, and the CIPC director made the decisions on his or her own, Sme reported.

Freedom and Solidarity (SaS) MP Lucia Nicholsonová, who initiated the investigation of the CIPC, claimed that the 106 adoptions were not overseen by the CIPC commission on the basis of what the officials called the “specific needs” of the child, when the commission is not obliged to be involved in the decision. The CIPC used this rule even in cases when the child suffered from inflammation of the middle ear or Strabismus, Sme reported.

An international adoption should be considered only in cases where it is difficult to find a foster family for a child in Slovakia. However, Nicholsonová claimed that the CIPC passed the adoptions of children who had a good chance of being placed with suitable families in Slovakia. Moreover, the CIPC agreed to the adoption of twins who were separated and sent to families in Sweden and the Netherlands. The inquiry has indicated that in most cases, children were adopted by Italian families, yet it was not clear where exactly they were located.

The MPs’ inquiry prompted Richter to conduct an audit of the CIPC and subsequently change the rules for CIPC proceedings in cases of cross-country adoptions in December 2012, according to Sme.
The main change is that the CIPC director no longer has the authority to decide on children’s assignment to a family on his or her own; the director had this right in cases when the child had specific needs, like medical attention.

In addition to the director, the preparation team consisting of a psychologist, a lawyer, a CIPC employee, a representative of the labour office and a psychologist from the orphanage where the child lives, will participate in decisions on the suitability of new parents for the children in cases of international adoption, according to Sme.

An Italian family adopted two girls, Julka and Jolka, in July 2008, and two years later the younger sister contacted their previous foster mother, Lipková, claiming that she was pregnant. Lipková sent the information about the pregnancy to Slovakia’s adoption authorities. An official report from Italy sent in November 2012 disputed the claims, despite medical reports that, according to Sme, one of the girls had high levels of human chorionic gonadotropin (hCG), a hormone produced during pregnancy.

In the medical report is an explanation that the hormone levels increased after she had eaten a lot of shrimp, as reported by Sme, while Slovak gynaecologists denied that such an increase could have been caused by food. After Císarová returned from her visit to Italy, Stuška stated that the girls were not pregnant, even though Císarová did not meet with them in person, and the ministry confirmed Italy’s official reports, Sme reported.

The ministry’s version of the case was also approved by Interpol and Slovak police, who learned about the case from open sources.

“Slovak police became concerned about the girls immediately; the Criminal Police Office of the Slovak Police Presidium in cooperation with Interpol took care of it, and the investigation did not reveal any information about criminal activity,” Slovak police spokesperson Michal Slivka told public broadcaster Slovak Television.