A ‘STATE e-bay’, a new council attached to the state procurement authority to assess appeals, an extended range of exemptions via which the state can buy without tendering, as well as fewer electronic auctions when procuring educational and legal services: these are a few of the changes being brought in by a large-scale revision to Slovakia’s public procurement rules which will come into force as of July 2013. 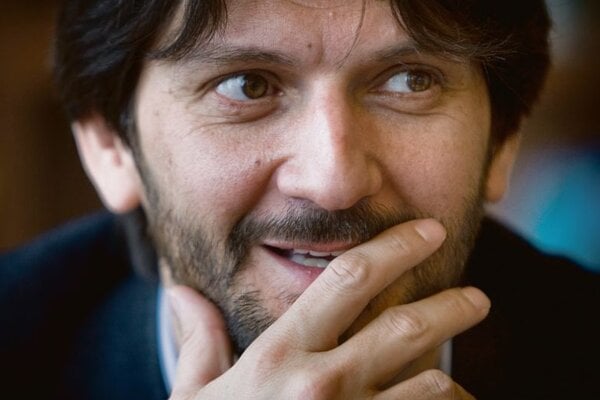 A ‘STATE e-bay’, a new council attached to the state procurement authority to assess appeals, an extended range of exemptions via which the state can buy without tendering, as well as fewer electronic auctions when procuring educational and legal services: these are a few of the changes being brought in by a large-scale revision to Slovakia’s public procurement rules which will come into force as of July 2013.

The original draft, prepared by Interior Minister Robert Kaliňák, was substantially modified during a nine-month interdepartmental review process as well as in parliament, where the governing Smer party holds an overwhelming majority, through an extensive amending proposal.

“This law is the result of how I imagine cooperation at the governmental and parliamentary level,” Kaliňák said, as quoted by the TASR newswire, adding that the law will make it possible for money from the state budget and EU coffers to go where it is needed most: “to small and medium-sized businesses, so that they create new jobs”.

While political transparency watchdogs acknowledge that the revision has the potential to speed up procurement, reduce the administrative burden and partly increase transparency, they also note that it will all depend on how the changes are implemented and whether the Public Procurement Office (ÚVO), which will see a boost in its staffing levels, will be able to resist political influence.

Acting in a sudden rush in mid February, parliament already revised the country’s public procurement rules through what it called a ‘small revision’ with the Interior Ministry claiming that the move was necessary to boost Slovakia’s ability to draw every possible euro from EU funds allocated up to the end of 2013.

In the current set of changes Smer supported some amendments submitted by opposition deputies, including that of former justice minister and current MP for the Slovak Democratic and Christian Union (SDKÚ), Lucia Žitňanská.

“I am glad that it was possible to reduce a kind of monopoly by the Ministry of Interior for unified public procurement by all ministries,” Žitňanská said, as quoted by TASR, adding that based on the change she proposed, if ministries find out through market research that they can procure for a lower price than what the state plans to procure centrally, they will be able to do so.

Nevertheless, Žitňanská said she still has issues with the way the revision was passed, describing the process as “non-standard”. Ján Hudacký of the Christian Democratic Movement (KDH), who also serves as chairman of the parliamentary economic committee, described the process as chaotic: “After the first reading [in parliament] parts of the draft law were picked for a fast-tracked legislative proceeding, then the part which was modified in more than 95 points went to the second reading, creating chaos among deputies”, TASR reported.

“I guarantee that at least two-thirds of the deputies, which would still be a pretty good number, do not know what this law is about,” Hudacký said, adding that it was a law made by Smer.

However, Kaliňák, in an interview with the Sme daily, insisted that the deputies knew what they were voting for, adding that “we had a long talk about that”.

Smer has extended the range of orders which the state can procure without restriction. These will include, among others, the acquisition of books, musical instruments or performances by artists. School and hospital dining facilities will not have to announce tenders for procuring goods up to €40,000. Smer inserted a last-minute change to the law which means the government can exempt specific orders for goods and services up to €200,000 from being out to tender, Sme reported.

The state will not procure lawyers and advisors through electronic auctions; in such cases the opinion of bureaucrats will decide, according to Sme. The state will also not have to use auctions for the purchase of all goods and services; instead they will be used only for goods that are widely available on the market.

Normal construction work costing over €5 million or goods and services exceeding €130,000 for all ministries and large government offices should be procured through the Interior Ministry.

A new nine-member ÚVO Council will be established which will serve as an appeal body in order to speed up the process of appeal proceedings and unify ÚVO decision making. Instead of its members electing their own chair and vice-chair, the ÚVO’s chair and vice chair will automatically acquire these positions. NGOs will be able to propose candidates to fill the remaining seven members, who are appointed by the cabinet.

Based on the new rules it should not be possible to attach addenda to contracts signed by the state via a tender. Exemptions will be subject to approval by the ÚVO Council.

The ÚVO will include on its website a comparison list of regularly available goods and services, as well as construction works, along with the prices at which various offices have acquired them, Sme wrote.

Gabriel Šípoš, the head of political ethics watchdog Transparency International Slovensko, sees efforts to bring more professionalism into ÚVO decisions, as well as the related increase in the budget and staff of the procurement authority, as positive moves. He also praised the mandatory publication of tender documentation, evaluation of quality by procurers, and the state-run electronic market place.

However, he questioned the cancellation of the duty to procure all goods through electronic auctions, as well as the strict definition of extraordinarily low bids, adding for The Slovak Spectator that “I worry that it will reduce the number of bidders and thus also the possible savings through greater competition”.

“However, on paper the pluses outweigh the minuses, although the implementation [of the changes] in practice will be the great challenge,” Šípoš said.

According to Šípoš, the revision has the potential to speed up procurement, which currently takes approximately four months, to reduce the administrative burden and to increase transparency, at least in part.

“But overall, it gives more power to the procurers to assess suppliers and exclude them, so it will very much depend on the control of the ÚVO to what degree it will resist the abuse of this power and its subsequent manipulation in tenders,” Šípoš said.

As for the most important conditions necessary for the changes to work, Peter Kunder of Fair–Play Alliance, another watchdog, suggested that first of all the ÚVO should work in the way it is supposed to, adding that at this point “it is rather crazy” if ÚVO methodologists interpret the law differently from inspectors of the same office and then employees assessing the appeals make a different interpretation of the law as well.

“The office now has all the conditions, including the finances, to start functioning in a way that should make sense,” Kunder said.

However, it will be equally important to put some of the solutions into practice, for example the electronic market place where “hundreds of minor problems have to be solved still – even of a non-technical nature,” said Kunder, offering examples such as the definition of interchangeable goods: “Is a green chair interchangeable for the same blue chair?”

Hundreds rather than dozens of practical solutions will have to be adopted, according to Kunder, while “bad decisions could turn the project into a complete nonsense”.

“I have great doubts that the state administration will be able to carry out this project successfully,” he said, adding that he is worried that it will cost a lot of money but that the result will be rather miserable.

What is still lacking?

As for what is missing, Šípoš too said that implementation of what is already in the law could be a problem. For example, since 2011 all the minutes and offers from bidders should have been published on the web by the ÚVO.

“In practice this is not happening because the ÚVO claims that it does not have the capacity to clean the documentation of personal data and thus it prefers not to publish anything,” Šípoš said.

According to Šípoš, better work by the police and courts would help the process of transparent procurement in Slovakia. For example, over the past seven years only two people have been convicted of tampering with public procurement, though there have been many scandals, he concluded.

“It is true that compared to the previous state of affairs, significantly more documents will be published, but on the other hand it will be possible to conceal some important details, such as unit prices, without which it will be rather difficult to assess the effectiveness of the purchase,”

Kunder said. “Thus, possibilities of public control will narrow, though we will be swamped by a pile of materials which often does not say anything important.”

What would truly help, according to Kunder, is if the government were to clean up spheres that are not directly linked to public procurement but are obviously related to the use of public funds.

“In Slovakia we are able to create strict rules for saying what to buy, but there are almost none to assess what the state in fact needs,” Kunder told The Slovak Spectator. “Thus we are spending huge amounts of money on completely unnecessary things, which we however buy based on a tender for the best price.”