Haas offers 3D art in Bratislava and in a book

AŠOT Haas, a young Slovak visual artist known for his glass work, usually exhibits his pieces in simple, modern, white-walled galleries. However, a ten-year retrospective of his work has recently opened in the Zoya Gallery at the Erdödy Palace, a historical building in downtown Bratislava constructed in 1770. The juxtaposition of Haas’ futuristic, constructivist and abstract work in this late-Baroque setting, with its ornate, rococo detail and old-time atmosphere, is surprising, but nevertheless fascinating. 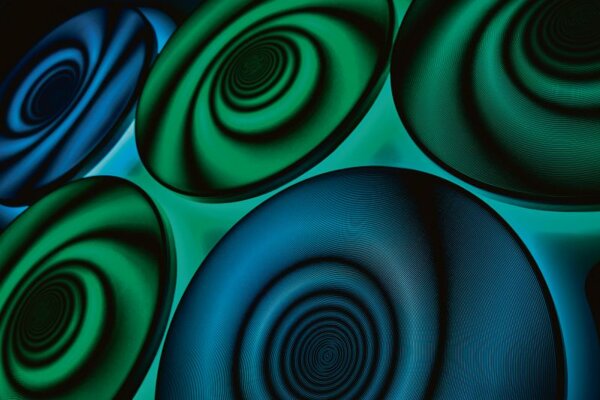 AŠOT Haas, a young Slovak visual artist known for his glass work, usually exhibits his pieces in simple, modern, white-walled galleries. However, a ten-year retrospective of his work has recently opened in the Zoya Gallery at the Erdödy Palace, a historical building in downtown Bratislava constructed in 1770. The juxtaposition of Haas’ futuristic, constructivist and abstract work in this late-Baroque setting, with its ornate, rococo detail and old-time atmosphere, is surprising, but nevertheless fascinating.

“This exhibition is a selection of my work over [a span of] ten years, made with different techniques that I tried during this period,” Haas told The Slovak Spectator. “I wanted to explore the possibilities of a space other than a clean white exhibition hall, and coincidentally, about two months ago, the offer came to use this gallery, which was a nice challenge.”

“I have tried, for the first time, to do an exhibition in a space that is … a total contrast to my work,” Haas continued. “I tried to grasp the space, tackle it and build up an exhibition. A simple, white space is the easiest one for an exhibition… I try all the time to turn things upside down, and I also like contrasts.” He added that some of the pieces, especially in the main room, which he calls the “Golden Space”, were inspired by the room itself, and a gilded piece was made especially for the space to match the period decoration.

At the exhibition’s opening on March 12, a monograph titled simply “Ašot Haas” was launched with a ritual baptism, performed by Rudolf Sikora, himself a prominent Slovak artist. Haas said that the book, consisting of more than 200 pages, took 18 months to complete and involved the help of many people. It offers an exhaustive overview of Haas’ career, including work that is not included in the current exhibition, like He Drank, a special toy aimed at destroying its owner; the Harp-man, which is a special interactive instrument designed to contrast with normal perceptions of musical instruments; and the Mother Wit film. With reviews written by several art theoreticians and the exhibition’s curator, Jiří Valoch (all translated into English), the book helps place Ašot Haas’ work in the context of Slovak art and allows one to follow the artist’s development.

At the opening, Valoch praised Haas’ sense of geometry, his skills and his ability to transcend the traditional medium of glass and pioneer the use of new materials and new technologies, as seen in an untitled interactive piece included in the exhibition. “There is a lot of glass and light in this exhibition,” Valoch said, “but more than that: a lot of geometry, a lot of abstraction, a lot of plastics…” He stressed that people love stories, but that a lot of motion, inspiration and emotion can be found in the “clear and clean geometry”.

Sikora thanked Haas for “using, but not abusing new technologies, and for exploring them and bringing them closer and [making them] more understandable to us, and through them also the world,” adding that “both the world and technology have changed in the last 20 years.”

Hass was born in 1981 in Moscow and graduated from the School of Applied Arts of Josef Vydra and the Academy of Fine Arts, both in Bratislava. Since his first exhibition in the NOVA Gallery, which focused on glass works, he has continued to present his work in several individual and collective exhibitions. His pieces combine art with techniques borrowed from industry, computer science and cybernetics.

Ašot Haas added that he prefers not to title his pieces, as he does not want to “conclude them, complete or finalise them”, and would rather leave them open to people’s own perceptions and interpretations.