A GREAT publicity gimmick which might bring new jobs, improve roads and put Slovakia on the world’s radar: these were just a few of the arguments Prime Minister Robert Fico used to justify his support for the idea of a joint Polish-Slovak bid to host the 2022 Winter Olympic Games. After meeting his Polish counterpart, Donald Tusk, in the Slovak town of Poprad on March 27, Fico suggested that he could imagine no better advertisement for Slovakia than to co-organise the Krakow/Poprad Winter Olympics. 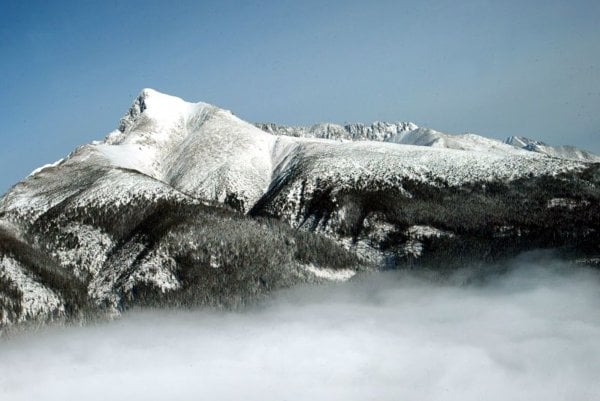 A GREAT publicity gimmick which might bring new jobs, improve roads and put Slovakia on the world’s radar: these were just a few of the arguments Prime Minister Robert Fico used to justify his support for the idea of a joint Polish-Slovak bid to host the 2022 Winter Olympic Games. After meeting his Polish counterpart, Donald Tusk, in the Slovak town of Poprad on March 27, Fico suggested that he could imagine no better advertisement for Slovakia than to co-organise the Krakow/Poprad Winter Olympics.

“Even if we don’t win, the promotion of Poland and Slovakia is worth it,” Tusk said, as quoted by the SITA newswire, adding that “nobody will lose out here”.

While Fico described the project as an idea with “a significant international and societal impact”, as well as with the potential to boost tourism, Richard Ďurana, director of the economic think tank the Institute for Social and Economic Studies (INESS), said that based on historical experience it is not realistic to expect income from tourism to outweigh the sums that will have to be invested.

“As many examples show, the Winter Olympic Games have not only not brought the expected long-term effects in the form of higher inflows of foreign tourists, but in many places the number of visitors has even declined compared to the years before the Olympics,” Ďurana told The Slovak Spectator.

Anton Danko, the mayor of Poprad, which is located under the High Tatras mountains, said the candidacy would deliver an important development boost, “from the point of view of propagation of tourism and investment into missing or outdated infrastructure”. Danko said the candidacy alone would be of great benefit to the region.

“If it helps to promote the region and the reconstruction of the [local] airport through linking Poprad with Zakopane [in Poland] by a better road, then it will make sense,” Danko told The Slovak Spectator.

Alexander Slafkovský, mayor of Liptovský Mikuláš, another town which would be involved in any Olympics held in the region, suggested to The Slovak Spectator that the candidacy is yet another chance to present the Liptov region as well as conditions for winter sports in both (i.e. Slovak and Polish) parts of the Tatras to the world.

Fico on March 27 assessed the two countries’ chances of winning the rights to host the event at “33 percent”, given the potential competitors.

The Slovak government approved the idea of the joint candidacy earlier in March, and before an official application is submitted, the Ministry of Education and the Slovak Olympic Committee (SOV) will submit to the government by October 31, 2013 a comprehensive study including an assessment of the potential environmental impacts and calculations of the costs, SITA reported.

Environment Minister Peter Žiga said that the eventual impacts on the environment are not known yet because “we do not know what disciplines will be held in Slovakia or whether the Olympics will be in Slovakia at all”. However, Žiga added that if Slovakia is successful, then all the preparatory work linked to the Olympics will have to be assessed in terms of its impact on the environment.

Earlier this year, Fico said that the government does not intend to hold a referendum on the candidacy, as this would be “expensive”, SITA reported on March 13.

In association with the candidacy, Slovakia would only support such transportation and sports infrastructure as would be usable after the Olympic Games are over, Fico said after the negotiations with the Polish side.

According to Fico, the vision of his government is clear for the 2022 Winter Olympic Games in Krakow: no megalomania. He also claimed that he could not understand why some people are bothered by the idea of having the Olympics in Slovakia, posing the rhetorical question of whether it is his government which is viewed as a problem.

Ďurana, however, argues that public funds can be used in a more meaningful way to make Slovakia visible, suggesting that lower corporate taxes, which have the potential to make Slovakia more attractive in the eyes of foreign investors, “would make the jobless in Slovakia much happier than the Olympic Games, which will help only one branch at the expense of all”.

While the prime minister supported the idea of the bid by pointing to the potential development of infrastructure, Ďurana said he does not see any reason why infrastructure construction should depend on the Olympics.

“If the government has the feeling that the infrastructure is not satisfactory, it can solve this problem today,” Ďurana said. “Linking it to the Olympics only increases the risk that the infrastructure will not be built where it is most acutely needed, but instead where politicians with the drive to compete decide [it will be], and that it will be overpriced and co-financed from foreign sources.”

Ďurana also noted that the 2011 Ice Hockey World Championship, hosted by Bratislava and Košice, delivered “infamous” results in terms of costs and revenues: reconstruction of the ice hockey stadium in Bratislava cost €96 million, while revenues from tourism in Bratislava reached only €10.6 million, just over a tenth of the money invested.

“I do not know anyone who because of the Olympic Games in Turin in 2006 made a skiing trip to this location, and in the same way I do not think that Slovaks will start travelling en masse to Sochi in Russia,” Ďurana said, referring to the location of next year’s winter Olympics.

The total costs of the 2022 Winter Olympic Games are estimated at approximately $2 billion, and the majority of investments would be covered by Poland. Slovakia would host some of the skiing disciplines, which could be held in Jasná. Additional tracks for specific disciplines would have to be built there in the event of a successful bid. Poland has also suggested that Slovakia could organise the freestyle skiing events.

Slovakia is interested in hosting the ice hockey tournament, but the parties will have to wait for an interpretation of the Olympic Charter to see whether it is possible to organise the ice hockey in Slovakia.

“Ice hockey is a royal discipline for us,” Fico said on March 27, adding that Slovakia would naturally want to have it here, but that if it proved to be an obstacle then only slalom skiing would be held in Slovakia, according to SITA.

As for the towns needing further construction in the case of a successful candidacy, Fico said he saw nothing wrong with building ice hockey stadiums in Liptovský Mikuláš or Poprad, if the towns need them anyway.

As for the areas where investments would be needed in case of preparations for Olympic disciplines, Danko of Poprad said that a sole investment, in Poprad’s sports hall, would be considered if Slovakia got the chance to organise the ice hockey tournament.

Under these conditions, a new ice hockey hall meeting the necessary parameters should “emerge” in the town, Danko said, adding that the local government would take a share by providing land. However, sharing the costs of constructing a new hall, considering the current economic situation of the local government, is very unlikely, Danko added.

For Poprad, according to Danko, the support of the government is a significant guarantee, since during negotiations with the Polish side in Poprad it declared that it would invest only in basic and necessary infrastructure and “not into megalomaniacal projects; I see the whole project and the possibilities for its financial coverage [as being] realistic”.

“Building modern sport halls and the necessary infrastructure could move the Liptov region and the whole Tatras closer to the most significant centres of tourism and winter sports in Europe and the world,” Slafkovský of Liptovský Mikuláš told The Slovak Spectator, adding that, paradoxically, “our advantage is that it is necessary to build new utilities”.

When asked about the potential investments, Slafkovský said that the transportation accessibility of the town and the region needs to be improved, principally through completion of the D1 highway to Žilina and the link to Poland. The town has in its master plan a scheme for building an Olympic village, and Slafkovský added that he personally would like to see reconstruction of the military academy in the town.

Even though the Slovak government has already declared that the Olympic plans will be environmentally friendly, both Polish and Slovak environmentalists are somewhat sceptical.

“The Low Tatras are so destroyed that the Olympics cannot harm them,” said Juraj Lukáč from the forest protection organisation Vlk, which intends to initiate along with its partners two petitions: one for, and one against the Olympics.