Production of hydrocarbons has played an important role in the history of Slovak industry. Over the past 100 years fields containing an excess of 25 billion cubic metres of geological stock of natural gas, 3.5 billion tons of oil and nearly 0.4 tons of gasoline were discovered in our territory. The fields have been concentrated mostly in the Záhorie Lowland, especially near Malacky and Gbely. Even though the production of oil and natural gas from domestic sources has been gradually declining, an extraordinary success has been achieved in the area of natural gas storage going back 40 years. 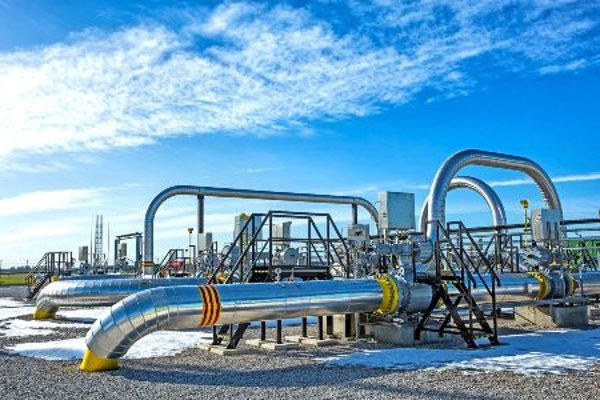 Production of hydrocarbons has played an important role in the history of Slovak industry. Over the past 100 years fields containing an excess of 25 billion cubic metres of geological stock of natural gas, 3.5 billion tons of oil and nearly 0.4 tons of gasoline were discovered in our territory. The fields have been concentrated mostly in the Záhorie Lowland, especially near Malacky and Gbely. Even though the production of oil and natural gas from domestic sources has been gradually declining, an extraordinary success has been achieved in the area of natural gas storage going back 40 years.

NAFTA was built on tradition and obtained knowledge. It is a modern company with extensive knowledge in storage and development of underground storage facilities of natural gas in Slovakia, and at the same time it is the Slovak leader in exploration and production of natural gas underground storage facilities. Storage facilities play a key role in safeguarding streamlined supplies of gas to Slovakia and at the same time, they are an efficient tool for the support of trading on the gas market.

FROM SLOVAK GEOLOGY
It was early in 1913 when the master of the train station at Gbely reported to the Railroad Administration that a gas explosion had occurred in the hut of Mr Ján Medlen, some 30 metres from the tracks between Gbely and Kúty, Based on this discovery, the Hungarian government despatched geologists to the site, who inspected the area and proposed to undertake a proper geological exploration. On 28 October 1913, they began drilling a well, and at a depth of 163-168 metres, they discovered a field of rare heavy oil. After successful pumping tests, the Austrian-Hungarian Monarchy began its first venture into industrial oil production on 13 January 1914, and this date is generally considered to be the start of the oil industry in Slovakia. From the beginning of the 1950s, natural gas was used as well, which until then was considered a by-product of oil production. The production of oil peaked in Slovakia in 1963 at 84.5 thousand tons; natural gas peaked in 1959 at 1.3 bcm and gasoline peaked in 1989 at 20,543 tons.
With natural gas production phasing out and the arrival of new trends in the gas industry, a new concept for the development of storage facilities was born, and in the 1960s, a boom was in sight. The construction of the transit gas pipeline from Russia to Slovakia in the 1970s, called the Brotherhood, was an important boost, followed by the development of underground storage facilities in the Vienna Basin in west Slovakia. The first cubic metres of imported natural gas started flowing in 1973, which is considered the beginning of the history of gas storage in Slovakia.
In 1977, the first stage of construction of underground storage facilities was test launched with an annual storage capacity of 200 million cubic metres, which only two years later reached 350 million cubic metres. Thanks to the third stage of underground storage facilities of natural gas in Lab, which went into production in 1984, the storage capacity grew by 1 billion cubic metres of gas. By developing storage facilities, the capacity reached 2.3 billion cubic metres between 2003 and 2012. By developing the whole complex of underground gas storage facilities in Lab, we managed to establish reliable supplies of natural gas to consumers in Slovakia all year round, while at the same time laying the foundation for an especially promising industry.

UNDERGROUND GAS STORAGE TODAY
The general trend in Europe today shows that domestic production is declining and consumption is increasing, thus the dependence of European countries on gas imports is growing. This results in higher demand in gas storage facilities, to which operators are responding with development projects. At the same time, storage facilities are increasingly used to support gas trade and flexibility on the gas market, which in turn increases demand for storage.

NAFTA identified this demand quickly, and since 2003 it has developed 500 mcm of storage capacity. During construction and reconstruction, the company uses state-of-the-art technology that is environmentally friendly with a focus on the safety of its operations. At the same time, every expansion of capacity represents a significant investment, not just for NAFTA, but for all of Slovakia as well. Storage facilities are one of the tools for improving Slovakia’s energy security, and through other gas networks they support other tools, such as reverse gas flows in transit networks.
The recent completion of the second stage of the Gajary-Baden project and the launch of the Central Area of Gajary, the new connection of the transit network and other important objects, was an important milestone. Environmentally friendly and state-of-the-art technology was used during construction, focusing on a high level of operational safety.
After the development of the Gajary-Baden project is completed in 2014, the storage capacity of NAFTA should reach 2.5 bcm. The project, as one of the tools for improving the energy security of the country, strengthens the connection of the facility to other networks, thus boosting the position of NAFTA on the European storage facility market.
2011, 2012 and 2013 were also milestones for NAFTA from the perspective of the launch of new products in a dynamically developing market in Europe. The company signed flexible storage contracts that allow its customers to inject and withdraw gas throughout the entire year with no seasonal restrictions. Thanks to this product, traders can effectively respond to daily developments on gas markets throughout all of Europe. Increased flexibility was also boosted through the implementation of the new trading despatching system, which offers more efficient and faster access to storage capacity and enables customers to work with auxiliary services. Since April 2012, customers can use a unique Options product for storage capacity, thus benefiting from the current turbulent situation in commodity markets. Starting in May 2013, customer flexibility will be further improved by the SuperFlex product. Thanks to SuperFlex, customers can balance their portfolios and respond to possibilities in various energy markets. SuperFlex includes direct access to three entry/exit points depending on the decision of the customer. NAFTA’s portfolio is thus expanding in order to satisfy ever-changing customer requirements.

PRODUCTION AND EXPLORATION OF OIL AND GAS
The Division of Oil and Gas has had an important position in NAFTA thanks to its extensive experience, a strong team of professionals and a high level of success. Gas production in Slovakia currently totals 90 mcm. Oil production is concentrated mostly in the Záhorie Lowland, especially near Malacky and Gbely. With these activities, NAFTA demonstrates its expertise and experience with methods used in advanced European markets, treating the oil in its own facilities and then shipping it to domestic and foreign customers
NAFTA is making advances in exploration too. It conducted a total of seven exploration drillings in 2012 in the Vienna basin and in the East Slovak Lowland, and is currently testing producible hydrocarbon deposits. Further drilling projects, based on data obtained from previously undertaken exploration activities, are scheduled for the near future.

NAFTA is the key storage provider of natural gas in Slovakia as well as the Slovak leader in exploration and production of hydrocarbons. The company offers professional services, innovative products and expertise in one of the most dynamically developing areas right in the heart of Europe. NAFTA has been developing gas storage for 40 years, intensively increasing its storage capacity. The total storage capacity operated by NAFTA currently stands at 2.3 bcm. The largest complex of storage facilities is located in Lab, in western Slovakia.
The combination of favourable geological conditions close to the transit system serving Slovakia’s eastern and southern neighbours creates an ideal position for NAFTA to become one of the key hubs of the European gas network.