MORE than a year after the term of Ján Jasovský – a nominee of Vladimír Mečiar’s Movement for a Democratic Slovakia (HZDS), a party which has not been represented in parliament since 2010 – at the helm of the Supreme Audit Office (NKÚ) elapsed, the authority that oversees how state bodies spend public money is still without a new boss. 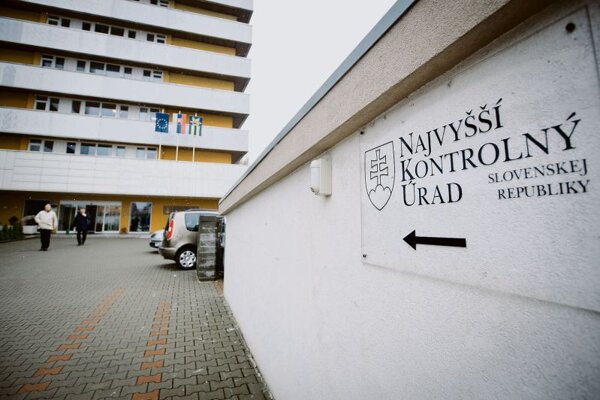 MORE than a year after the term of Ján Jasovský – a nominee of Vladimír Mečiar’s Movement for a Democratic Slovakia (HZDS), a party which has not been represented in parliament since 2010 – at the helm of the Supreme Audit Office (NKÚ) elapsed, the authority that oversees how state bodies spend public money is still without a new boss.

The right-wing opposition parties, which claim that the post traditionally belongs to the opposition, have so far failed to get any candidate elected by parliament, and Prime Minister Robert Fico has said that his ruling Smer party will only support an opposition candidate if he or she secured unanimous backing from opposition MPs.

Now Fico has come up with his own list of candidates. On April 4 he proposed three opposition-linked names: Peter Mach, who previously ran the statistics authority; Béla Angyal, the former boss of the Public Procurement Office; and the one-time director of the SIS intelligence service, Karol Mitrík.

The prime minister said that he can envision any of these people in the top chair of the NKÚ, and that he would organise a meeting with representatives of the parliamentary opposition parties to discuss how to proceed in the election of the NKÚ boss as well as the election of the general prosecutor, SITA newswire reported. The meeting was to take place the following week.

As for the post of general prosecutor, President Ivan Gašparovič has been refusing to appoint Jozef Čentéš for nearly two years since he was chosen for the post by parliament. The Constitutional Court, caught in a stalemate over objections of bias filed by both Gašparovič and Čentéš, has yet to produce verdicts for all the pending cases related to the election.

Parliament failed on March 14 to elect Vladimír Klimeš, the NKÚ candidate nominated by four of the five opposition parties – the Christian Democratic Movement (KDH), the Slovak Democratic and Christian Union (SDKÚ), Freedom and Solidarity (SaS) and Most-Híd – after MPs from Ordinary People and Independent Personalities (OĽaNO) did not vote for him and Smer withdrew its support citing a lack unanimous support among the opposition, according to Sme.

However, now Fico says that as soon as the opposition parties agree to support one of the names from his list, Smer will support the candidate in a secret parliamentary ballot. The second alternative, according to Fico, is that the opposition agrees on a candidate who all the parties are willing to support. If neither approach succeeds, Fico said he would resort to a public competition, according to Sme.

The opposition SaS on April 3 called on Fico to stop meddling in opposition matters and to instead start honouring his own agreements and focus on tackling Slovakia’s real problems, such as the recent record-breaking growth in unemployment.

“Once again, Smer chair and Premier Robert Fico showed his true colours as a politician who doesn’t honour agreements,” read SaS’ statement, as quoted by the TASR newswire, with the party arguing that under the original opposition agreement, the right to nominate a candidate for the NKÚ chair belonged to SaS.

KDH deputy chairman Pavol Abrhan meanwhile suggested that if Fico was part of the opposition, he might have accepted his proposals for the NKÚ top job, stressing however that proposing candidates is a matter for the opposition.

“It would be appropriate if he kept his word and accepted whomever the opposition submits,” Abrhan said as quoted by SITA newswire.

László Solymos, deputy chairman of Most-Híd, noted that the opposition had agreed on candidates on three occasions, but Fico sabotaged each one, also suggesting that Fico is simply trying to get a nominee he approves of in the NKÚ post. SDKÚ deputy chairman Jozef Mikuš opined that the centre-right alternative scares Fico and this is why he is seeking tools to break it down, SITA reported.

Jasovský was elected to the post back in 2004, during the second government of Mikuláš Dzurinda.

Legislation then in force put Jasovský at the helm for seven years. The man he replaced, Jozef Stahl, who had been in office for five years, resisted leaving his post, arguing that he should be given seven years too, even though the terms of appointment were changed after he had taken office.

Legislators rejected Stahl’s attempt to stay, saying that the law extending the chairman’s five-year term came into effect after Stahl was elected, and thus did not apply to his term. At the time of his appointment, Jasovský had been a member of parliament for the HZDS since 1998.