RENEWABLE sources of energy are playing an increasingly important role in Slovakia, which, as a member of the European Union, has signed up to a EU-wide plan to increase the entire union’s share of renewable energy sources among all primary sources of energy consumed to 20 percent by 2020. Slovakia has so far been meeting its targets in this respect, with the challenge being to set the costs for electric power generated from renewable energy resources so that they have the lowest possible impact on final electricity prices. 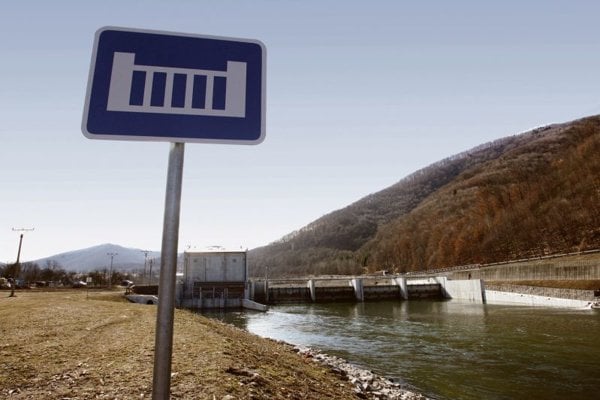 RENEWABLE sources of energy are playing an increasingly important role in Slovakia, which, as a member of the European Union, has signed up to a EU-wide plan to increase the entire union’s share of renewable energy sources among all primary sources of energy consumed to 20 percent by 2020. Slovakia has so far been meeting its targets in this respect, with the challenge being to set the costs for electric power generated from renewable energy resources so that they have the lowest possible impact on final electricity prices.

“We are meeting goals within renewable energy sources with a sufficient advance,” Stanislav Jurikovič, spokesperson for the Economy Ministry, told the Hospodárske Noviny financial daily in mid February. Increasing this share is one of the ministry’s priorities for renewable energy resources, especially those which, apart from environmental benefits, allow for predictable production, and which increase energy self-sufficiency and thus also the energy security of the country.

Of the various kinds of renewable sources of energy, Slovakia harnesses the sun, water and biomass. In the beginning, the production of electricity from renewable energy sources enjoyed generous state support via feed-in tariffs, i.e. subsidised prices paid for electricity produced from renewable energy resources. This resulted in a boom in construction of photovoltaic power stations. Later the government tightened the conditions for qualifying for subsidised prices. The Slovak Electricity Transmission System (SEPS), operator of the national grid, considers solar and wind power to be an unstable power source with large fluctuations in production that poses a threat to safe and reliable operation of the transmission system. The current goal of the government is to set up the support of renewable energy resources so that Slovakia meets its targets in a cost-effective way and simultaneously prevents an excessive increase in electricity prices. For the time being the Economy Ministry is working on a new energy policy, which will also address the issue of renewable energy resources. It plans to submit it to the cabinet in November 2013.

The Economy Ministry sees biomass as the most viable renewable energy resource in Slovakia, especially for production of heat; it also says it has significant potential for development of regional and local economies.

With regards to current state policy in terms of production of electricity and heat from renewable energy resources, Biomasa, an association that promotes rational utilisation of renewable energy sources and the potential of biomass in Slovakia, points to the ineffective usage of biomass in the country, and sees room for improvement in this area.

“During recent years a large number of big boiler plants mushroomed, which handle the fruits of the earth in a very ineffective way,” Ladislav Židek, the general director of Biomasa told The Slovak Spectator. “Often, large boiler plants are built too close to each other, causing increased costs of fuel transport. This increases prices and increases ineffectiveness. On the other hand these large facilities have won heavy subsidies and thus have a competitive advantage.”

Židek also points out that natural gas subsidies had a negative impact on domestic production of efficient fuels and facilities.

Veronika Galeková, director of the Slovak Association of Photovoltaic Industry (SAPI), whose aim is the sustainable support of all renewable energy sources and development of the photovoltaic industry, when assessing current state policy towards production of power from renewable energy sources, says there is now a lack of support from the state, with actually no support, either financial or legislative, for either photovoltaic or solar thermal collectors.

“Only very strongly ecologically motivated individuals want to use these [energy] sources,” Galeková told The Slovak Spectator. “A large portion of the population is, because of state propaganda, angry with these sources because photovoltaic [power is] presented as the only factor in the high energy prices in Slovakia. At the same time, Slovakia has some of the highest distribution fees paid by ordinary citizens in Europe.”

According to Galeková, the current state support for photovoltaic power is so low that it cannot even be called support, and since last year the sector does not actually care whether it receives it or not.

“This is why we are trying to find another model of spreading solar panels on roofs in Slovakia via only minimisation of legislative barriers and without any subsidies,” said Galeková.

With regards to the 14-percent national target for renewable energy, Galeková says there is a lack of genuine interest from the state. According to her, as long as Slovakia regards this obligation as merely a fudge by Brussels and not a benefit to Slovakia and its future generations, it will never actually meet it.

SAPI believes that the next few years will bring fundamental changes to the energy sector.

Specifically, there will be an increase in the interest of consumers in energy sustainability, and a move from centralised grids to local ones. With regards to the latter change, SAPI expects that the number of small power-generating facilities will increase in Slovakia and that this will change the architecture of the national grid. It sees two significant factors helping this development: the increase in energy prices and the drop in the price of photovoltaic technologies and of renewable energy sources overall.

On the other hand, SAPI points to the current perception of photovoltaic power, i.e. generation of electricity from the sun, affected by critical opinions reproaching it for the generous support it received in previous years.

Electricity consumers have demonstrated interest in electricity produced from renewable sources of energy, which is considered to be more environmentally friendly than that produced by conventional power plants.

“VSE registers from time to time interest from individual clients in products which could be called green,” Andrea Danihelová, spokesperson for electricity distributor Východoslovenská Energetika (VSE), told The Slovak Spectator. “Usually these are supranational corporations, which have such an attitude anchored on the international level. In other cases clients prefer criteria like the price or additional services. The origin of the electricity supplied does not affect them so much when making a decision. This situation has been the same for some years and we do not expect it to change significantly.”

Janka Burdová, spokesperson for Slovenské Elektrárne (SE), Slovakia’s dominant electricity generator, in which Italy’s Enel holds a 66-percent stake, told The Slovak Spectator that it receives questions from companies with regards to the origin of the electricity, but she did not specify what those are.

“Along with hydropower stations, projects of co-combustion of biomass and coal in thermal power stations in Vojany and Nováky, and operation of photovoltaic power stations in Mochovce and Vojany, have contributed to these increases,” Burdová told The Slovak Spectator.

SE plans to continue making its operation more ecological and extend the usage of renewable energy sources, especially biomass. The proportion of biomass in Nováky could increase up to 30 percent.