No progress on party funding, one year on

AN IMPARTIAL audit body to look into party financing, more detailed property returns from politicians, higher penalties for violations of political transparency rules, oversight of political expenses incurred by third parties, detailed records of money that parties spend on local elections: all of Slovakia’s main political parties committed to implementing these changes prior to the general election in March 2012. More than a year later, and despite the Robert Fico government enjoying an unprecedented single-party majority in parliament, none of them have been put in place. While the political parties may assume that the memory of voters is short, transparency watchdogs and non-governmental organisations are now trying to call the parties to account for their failure to keep their promises to increase transparency in party financing. 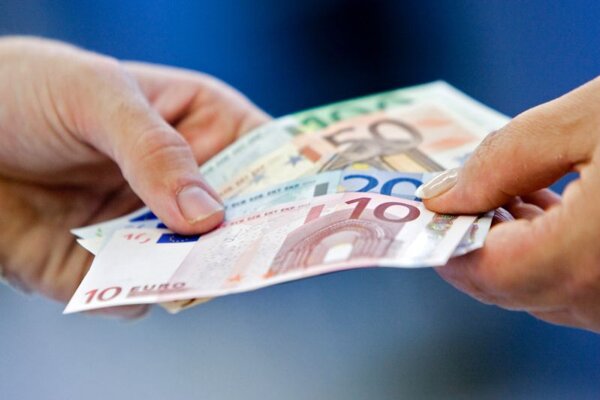 AN IMPARTIAL audit body to look into party financing, more detailed property returns from politicians, higher penalties for violations of political transparency rules, oversight of political expenses incurred by third parties, detailed records of money that parties spend on local elections: all of Slovakia’s main political parties committed to implementing these changes prior to the general election in March 2012. More than a year later, and despite the Robert Fico government enjoying an unprecedented single-party majority in parliament, none of them have been put in place. While the political parties may assume that the memory of voters is short, transparency watchdogs and non-governmental organisations are now trying to call the parties to account for their failure to keep their promises to increase transparency in party financing.

Transparency International Slovensko (TIS), the Slovak Governance Institute (SGI) and the Institute for Economic and Social Reforms (INEKO) think tank say that the failure of the political parties to toughen party financing rules within a year, as they pledged to do in January 2012, is further eroding the public’s trust in politics.

The initiative by TIS, SGI and INEKO came as a response to the Gorilla file, an unverified document purporting to describe an operation conducted by the SIS intelligence agency to collect information about the influence of financial groups on senior Slovak politicians between 2005 and 2006. Despite the contents of the file never having been definitively confirmed and no one being charged, much less convicted, based on the suspicions of corruption it raised, it significantly affected people’s confidence in the way the political system functions.

“More than a year after the Gorilla case, despite the promises, the system of financing politicians remains without independent control; only some expenses are being recorded and the elections of mayors and heads of regions remain without any regulation of financial flows,” reads an official statement by TIS, SGI and INEKO.

The parties are reluctant to meet their promises since this would bring more intensive checks into the parties themselves and more problematic access to state funds, according to TIS head Gabriel Šípoš.

“Also, the parties have become used to the fact that the opinions of voters are of concern only shortly before elections,” Šípoš told The Slovak Spectator.

Ctibor Košťál of the SGI suggested that the parties see eventual changes to party financing as a threat to them, rather than a benefit, which is why they are not working very actively to bring about the changes.

“The reasons [for this reluctance] are a combination of unwillingness, disinterest and a focus on other issues,” Košťál told The Slovak Spectator, adding that this attitude shows that fixing the rules is not their priority.

The Smer party – now in government – the Christian Democratic Movement (KDH), Most-Híd, the Slovak Democratic and Christian Union (SDKÚ), Freedom and Solidarity (SaS), Ordinary People and Independent Personalities (OĽaNO), as well as two other parties, the Party of Hungarian Community (SMK) and 99 Percent – Civic Voice, which ultimately failed to win seats in parliament, signed the pledge, which included seven specific measures, six of which, the NGOs said, are recommendations from the Council of Europe.

The Movement for a Democratic Slovakia (HZDS) refused to join the pledge, arguing that the document contained “technical problems”, while the Slovak National Party (SNS) said it did not view the organisers as trustworthy, according to the TASR newswire. Neither party won representation in parliament.

The pledges included, among others, moving the oversight of the incomes and expenses of political parties from parliament and the Finance Ministry to an independent audit body, and declarations on expenses by political parties and candidates in local elections as well as spending by third parties. The parties promised to support rules that would require them to declare private gifts, and link them to the volume of state support.

In six months Slovakia will hold regional government (VÚC) elections and in less than a year there will be a presidential election, Šípoš noted, adding that “it is highly probable that none of these elections will be held according to the new rules, since almost certainly they will not be passed before then”.

Currently, the candidates to lead the VÚCs do not publish any data about their donors and presidential candidates do so only to a very limited degree, he added.

“We wanted to create pressure, a palpable obligation so that the politicians take measures that would lower corruption related to party financing,” INEKO’s Peter Goliaš said in a memo sent to the media explaining the motivation behind the initiative. “By not fulfilling the promises politicians are risking the trust of voters, which has been relatively low over the long term – more than 40 percent of people do not even vote in parliamentary elections.”

According to Goliaš, if people lose trust in the political system, it worsens the quality of democracy. People also respond sensitively to the behaviour of senior politicians: “If people see that the rules are not kept and promises are not met even ‘up there’, the morals also worsen ‘down here’.”

This can lead, according to Goliaš, to reduced willingness to pay taxes, which has a direct impact on the public finances. Citizens might also have less reluctance to working in the shadow economy, which is also reflected in higher unemployment, he added.

Košťál agrees that the failure to meet these promises only strengthens the negative perception of political parties.

“If someone hears in the news that political parties have not kept their promises given before the elections, it only enforces their assumption that they [the parties] cannot be trusted,” Košťál said, adding that the crucial issue is how the public is able to reflect their disappointment, whether in voting booths or in their critical assessment of politicians. “I think one of the reasons why political parties dare not meet their promises is their understanding that they can afford not to do so.”

Meanwhile on April 4, the parties of the People’s Platform – the KDH, Most-Híd, and the SDKÚ – said that in the following weeks they would initiate a meeting with Smer representatives to discuss stricter rules for party financing, the SITA newswire reported.

Gábor Gál of Most-Híd claimed that he had elaborated a draft law, on behalf of the People’s Platform, to make rules for party financing stricter but “a banal thing happened: my computer crashed,” he said, as quoted by SITA.

Interior Minister Robert Kaliňák admitted that there had been a delay in submitting proposals in the area of party financing but mainly because “we did not want to shorten the time [for discussion] for the law on public procurement”.

The chairman of the parliamentary committee for conflicts of interests, SDKÚ MP Miroslav Beblavý, who also serves as a member of the committee responsible for the law on conflicts of interest, is expected to introduce a draft constitutional law on the subject on April 12, SITA reported. Public officials, once the law becomes valid, will have to declare in their property reports all their property and all their income. Committee member Otto Brixi of Smer said that the principle has the support of all the parliamentary parties, SITA reported.

“The key is in what form the law will be approved and whether some deputies will succeed in their efforts to hollow out the law in parliament,” Košťál told The Slovak Spectator.

“Currently one has a very limited opportunity to find out whether properties correspond with legal income,” said Šípoš.

Šípoš also listed independent checks as a must for more transparency in party financing.

Ideally, deputies would not check themselves, but a special impartial institution would oversee their property reports, he added.

However, Šípoš stressed that legislation is only the first half of success and even if it meets all the pre-election promises of the parties, implementation will be the key.

“Will politicians provide inspectors with enough freedom, money and expertise to control them?” Šípoš asked, suggesting that Slovakia has had long-term problems with building successful monitoring institutions.

“The Public Procurement Office, the Supreme Audit Office but also the prosecution service and courts are all examples of how these have failed more frequently than we thought [possible] at the time of their establishment,” Šípoš concluded.