A CONTRACT for cleaning work worth more than €1 million, which did not specify who would clean what or for how much, has come in for public scrutiny thanks to a competition announced by a political ethics watchdog who encouraged the public to “Save Money for the State” by reporting contracts that are apparently disadvantageous to taxpayers. 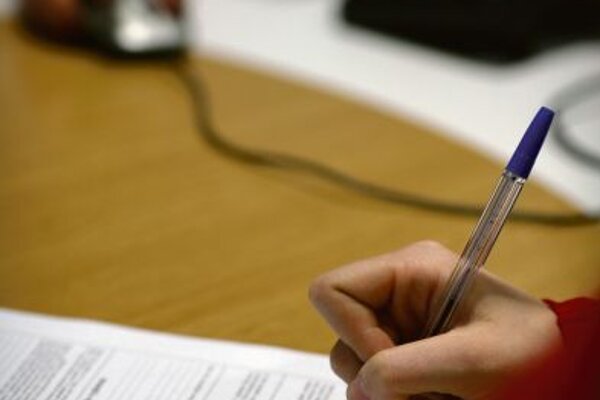 Citizens are asking what their taxes are paying for. (Source: SME)
Font size:A-|A+0

A CONTRACT for cleaning work worth more than €1 million, which did not specify who would clean what or for how much, has come in for public scrutiny thanks to a competition announced by a political ethics watchdog who encouraged the public to “Save Money for the State” by reporting contracts that are apparently disadvantageous to taxpayers.

The goal of the competition was to boost public control and show the state that instead of hiking taxes it could manage public funds better, Fair-Play Alliance wrote in a statement on April 9, with its head Zuzana Wienk noting that “the way public funds are spent is everybody’s business”.

From among more than 50 entries Fair-Play Alliance picked a contract signed by the Slovak University of Technology (STU) in Bratislava for cleaning services at its School of Electro-Technology and Informatics. Though the university formally published the contract, as Slovak legislation stipulates that a contract becomes valid only after it is published online, it did not attach the most important addenda, meaning that the public was not able to see what services the school would be paying for and how much the individual services would cost, according to the Fair-Play Alliance release. This meant it was not possible to assess whether the prices charged were competitive, the alliance said.

“It is questionable whether a contract which lacks the most important parts can be considered to have been published,” Fair-Play Alliance said, arguing that payment of invoices stemming from the contract was thus illegal.

In response, the STU on April 9 published the contract addenda. The school also changed its supplier of cleaning services.

“We regret that in the case of the contract between the STU and the firm Prima Invest a mistake occurred and attachments no. 1 and no. 3 were not published,” the school’s spokeswoman Andrea Hajdúchová told the SITA newswire, adding that the school had already sent the attachments to the central registry of contracts and that the contract was published by an employee who no longer works for the school.

Another curious contract highlighted by Fair-Play Alliance was a deal arranged by the village of Oslany, which bought a road cleaning vehicle worth €400,000 – even though the village administers only 14.2 kilometres of roads. Moreover, the village received a contribution from the state budget and European Union funds. The alliance noted that €400,000 is an inappropriately high investment into cleaning the roads of a small village, and noted that similar road cleaning vehicles were also purchased by two nearby villages.

According to the alliance, the state has paid out more than €1 million to support the purchase of such vehicles by villages which in total administer less than 50 kilometres of roads.

The third contract to receive an award from the alliance was signed by Prešov teaching hospital for equipment repair. The hospital first concluded a framework agreement in 2006 for two years and then concluded another agreement based on which the same supplier has continued to provide the same services ever since. As a result, the hospital has failed to regularly check prices on the market or achieve the best price through competition, according to Fair-Play Alliance. It added that such contracts make it difficult to assess what percentage of the contracted work has previously been performed.

“Even though they have not revealed any tunnelling [i.e. embezzlement of funds] or bulletin-board tender [a reference to a notoriously corrupt government contract signed during the first government of Robert Fico] they still managed to find creative ways to get around the rules,” Wienk said, as quoted by SITA.