Postal services freed up – but to what effect?

WHILE the Slovak postal market became fully liberalised only as of 2012, the fierce competition that reduced prices and increased the quality of services began much earlier with the liberalisation of so-called hybrid mail. But due to its longstanding monopoly position, Slovenská Pošta, the state-controlled mail operator, continues to dominate the mail market. Competition is strongest in the express mail and parcel sectors. 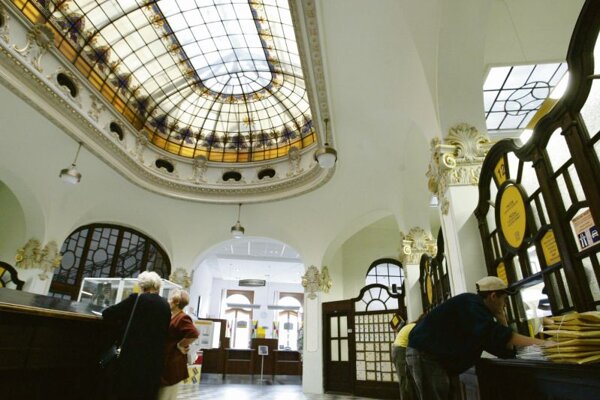 WHILE the Slovak postal market became fully liberalised only as of 2012, the fierce competition that reduced prices and increased the quality of services began much earlier with the liberalisation of so-called hybrid mail. But due to its longstanding monopoly position, Slovenská Pošta, the state-controlled mail operator, continues to dominate the mail market. Competition is strongest in the express mail and parcel sectors.

“After the process of liberalisation of postal services was completed in Slovakia as of 2012 in line with European legislation, each registered postal operator can secure distribution of any postal mail,” Peter Kosťov from Postal Consulting told The Slovak Spectator, adding that in practice this means that Slovenská Pošta’s monopoly over distribution of letters and direct mail up to 50 grams and official mail, ended as of 2012. The market actually became more open three years earlier based on the decision of the European Union to liberalise so-called ‘hybrid’ mail, which is produced when content is transmitted electronically and then printed, put into envelopes and delivered to the addressee.

The last step in the liberalisation of postal services has not significantly affected the Slovak market. More than a year since full liberalisation, the same number of operators are active, while one company, I. D. Marketing (formerly TNT Post), even left the market. For the time being there are three companies – Slovenská Pošta, Cromwell and Kolos – competing on the market. Since the beginning of 2013, Slovenská Pošta even increased its prices for all groups of clients, and some products are still offered only by Slovenská Pošta, according to Kosťov.

Cromwell and Kolos agree that opening the market has had almost no impact on them or the market due to the much earlier liberalisation of hybrid mail. This was demonstrated also by the steepest drop in postage charges for corporate clients in 2011, down by as much as 37 percent, Petr Sucharda, the head of the board of directors of Cromwell, told The Slovak Spectator.

According to him, alternative postal operators have a difficult position on the market for delivery of registered letters and ordinary mail to citizens.

“During decades of operation, Slovenská Pošta has created an infrastructure and won the trust of citizens, and without these two attributes we are penetrating these segments only in a very complicated way,” said Sucharda, adding that he personally thinks that corporate clients certainly notice a difference with the liberalised market, as their costs have decreased while quality has been preserved.

Martin Rakovský, CEO of Kolos, agrees that liberalisation helped clients to fully utilise the services of other postal operators.

“But it will take some companies some time until they start to fully utilise all opportunities,” Rakovský told The Slovak Spectator. “Nevertheless, Slovenská Pošta had a long-term tradition and a monopoly position.”

On the other hand, Sucharda expects that Slovenská Pošta will continue to provide most postal services to ordinary citizens and gradually improve and extend the services it currently provides. He uses the example of the Czech Republic, where citizens can not only settle an invoice, send a letter or collect parcels at post offices, but also obtain a number of official documents, for example extracts from the crime and land registers, and buy insurance policies, among other things. He expects that while Slovenská Pošta already provides some of these services, others will gradually become available too.

Slovenská Pošta continues to hold the licence for the universal postal service, which includes delivering letters that weigh up to 2 kg and parcels up to 15 kg within Slovakia, delivering parcels weighing up to 20 kg from abroad and other services, on the whole territory of Slovakia under the same conditions, for acceptable prices every working day. A fund was created into which all postal operators contribute to help cover the costs of universal postal service.

Slovenská Pošta, which held this licence in the past, was the only operator to apply for it and hence received the current one, covering the next 10 years, as of January 1, 2013, according to the Postal Regulatory Office.

The office currently registers a total of 23 postal operators, of which 22 are actively providing services, the chairman of the office, Ján Fľak, informed The Slovak Spectator.

With regards to market shares, Kosťov estimates that Slovenská Pošta remains at the top in the biggest market of distribution of letters and direct mail, with about 83 percent. Cromwell is the number two with 15 percent followed by Kolos with a 2-percent market share.

Sucharda of Cromwell, when comparing Slovenská Pošta’s revenues, which are around €300 million, and Cromwell’s plan for 2013 of €28 million, puts Cromwell’s share at nearly 10 percent. But Cromwell is the chief operator in some sectors of the market, for example production of letters and direct marketing.

According to Kosťov, the advantages of Slovenská Pošta are the high availability of its services either in the form of mailboxes or its network of over 1,500 post offices. The advantage of alternative operators is especially an economically more effective model of distribution, higher flexibility but also services with added value, for example monitoring the distribution of ordinary mail.

Challenges of the postal market

The biggest challenge the Slovak postal market faces is a reduction in letters, which has been caused by communicating vie e-mail, and efforts of companies to reduce their costs in this field, according to Kosťov. On the other hand the parcels and express mail market is seeing significant development.

“Here it is possible to forecast an increase of the volume by as much as 15 percent, which is linked especially with the development of e-commerce,” said Kosťov. “The launch of alternative forms of delivering of shipments by e-shops – via so-called parcel terminals - can also help this sector.”

Sucharda of Cromwell regards the Slovak market as small and having too many companies, while the competition has brought a significant decrease in postage charges compared with neighbouring countries. Slovenská Pošta and other postal operators make do with very small margins and do not have money to invest in infrastructure. He points to the bankruptcy of the one-time biggest Czech-Slovak alternative postal operator originally owned by TNT, as an example of what is happening on the Slovak market.

“Thus the biggest challenge is to provide quality services and increase the portfolio of satisfied clients under such conditions,” said Sucharda.

Rakovský of Kolos considers the current market in Slovakia to be very turbulent, given that each company is searching for its place on the market and clients are changing operators. Slovenská Pošta takes measures to keep its clients, which however, according to Rakovský, sometimes are not beneficial to anybody and deform the postal market.

“I firmly believe that all the players on the market will realise that satisfaction of clients and provision of quality services is the goal,” Rakovský said, adding that the only factor which may have a positive influence over the market is the realisation that no operator can have all of the clients, and instead of investing money into efforts to keep as big of a market share as possible they will invest in improvement of services.