Will Slovakia get broad-gauge rail line?

RUSSIAN Railways believes that a broad-gauge railway line will be extended to western Europe. While a route via Slovakia remains the most likely option, other countries are interested in having the line traverse their territories too, and the plan to extend the broad-gauge railway network continues to raise geopolitical, economic and financial questions. 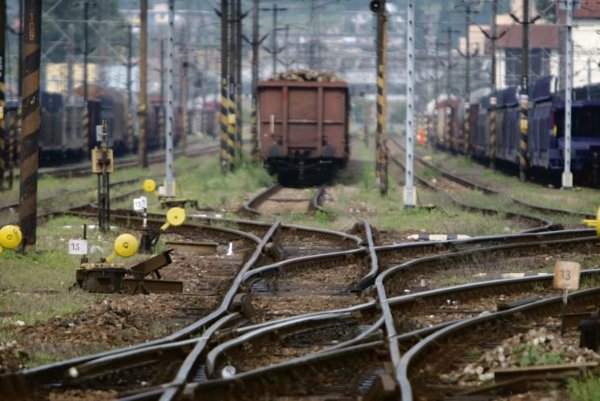 A newline from Asia to Europe? (Source: SME)
Font size:A-|A+0

RUSSIAN Railways believes that a broad-gauge railway line will be extended to western Europe. While a route via Slovakia remains the most likely option, other countries are interested in having the line traverse their territories too, and the plan to extend the broad-gauge railway network continues to raise geopolitical, economic and financial questions.

Vladimir Yakunin, the president of Russian Railways, came to Slovakia in person on April 4. He lobbied for the project and warned Slovakia that the Czech Republic, Hungary and Poland have shown an interest in participating in the project to extend the broad-gauge line – used throughout Russia and the rest of the former Soviet Union – as far as Vienna. If Slovakia joins the project, two terminals may be built in Slovakia, but Yakunin refused to identify exactly where – in order, he said, to avoid inflating land prices in the localities.

Existing broad-gauge rail lines cross the Slovak-Ukrainian border at two places: Čierna nad Tisou – Chop and Maťovce – Uzhgorod, where there are also terminals where goods can be re-loaded onto standard-gauge trains. A broad-gauge line extends from Maťovce as far as Haniska, near Košice, and is used to transport iron ore to the U.S. Steel Košice steelworks.

Under the planned project the broad-gauge railway line would be extended from Košice to the Twin City region of Vienna and Bratislava. Constructing the track would result in a rail system linking eastern European and Asian markets directly with the wider European market.

In 2008 the state-run railways of Austria, Slovakia, Ukraine and Russia created a company, Breitspur Planungsgesellschaft, to expand the broad-gauge railway track.

In 2011 Roland Berger Strategy Consultants delivered a pre-feasibility study for a broad-gauge railway connection between Košice and Vienna, confirming the technical and legal feasibility of the project and emphasising the great potential of a broad-gauge rail track system stretching to the Twin City Region.

However, financing for the project, which carries a price tag of €6 billion, remains unconfirmed. The Slovak state budget currently contains no funds allocated for construction of the line.

During his visit to Bratislava, Yakunin said, as quoted by the SITA newswire, that a final decision will only be made after financial terms for the construction of the broad-gauge link are known.
The Sme daily quoted Yakunin as saying that if Slovakia has a problem with there being a reloading terminal only in Vienna, then two such facilities could be placed in Slovakia too.

“Russian Railways is a strategic partner of ŽSR and our cooperation is at a high level,” said ŽSR spokesperson Martina Pavlíková, as quoted by SITA, adding that a detailed feasibility study should be completed some time in the next few years.

Yakunin estimates that after a final decision on the project is made, it will take one year to prepare and then three more years to construct the railway.

Views about the overall benefit of the project to Slovakia differ.

According to Ľubomír Palčák, head of the private Transport Research Institute (VÚD) in Žilina, Russia will carry out its broad-gauge plan regardless of whether Slovakia joins the project or not.

“Slovakia should decide at the proper moment whether it wants to be in it,” Palčák said, as quoted by SITA, adding that an analysis must certainly be carried out to decide whether it is to Slovakia’s advantage. He noted that not all the analyses have been carried out so far. There is then the question of who will finance it, and what impact it will have on rail cargo transport that uses Slovakia’s existing standard-gauge network.

According to the Slovak government, the project has been drafted so as not to reduce work at the terminal in Čierna nad Tisou, which is used for trans-shipping raw materials, the Pravda daily wrote. The aim of the project is to identify new goods flows which would be created by the new interconnection of Asia with Europe, with a stress on containerised transport.

Ondrej Matej of the Institute of Transport and Economy, who previously advised former prime minister Iveta Radičová, said that even if terminals are placed in Slovakia it would not help the broad-gauge railway concept if goods destined for the European Union are trans-shipped in Vienna.

“This is a geopolitical problem and Russia wants to have the broad-gauge railway with the end in Vienna because Austria is not a member of NATO, i.e. the return of the investment is not at stake at all,” Matej told Slovak Radio.

Matej also suggested that the signing, on April 4, of a memorandum on cooperation between Slovakia’s state-owned railway company Cargo and Russian firm TransContainer means that even if something is trans-shipped in Slovakia, any profits will go to the Russian company.

According to Cargo, the memorandum on cooperation in container transport between the EU and the Russian Federation via Slovakia is the first step towards creation of a joint company.