ABOUT 40 fans of historical skiing met in Tatranská Lomnica in early March to celebrate the history of skiing in the Tatra mountains and to compete with period clothing and equipment. 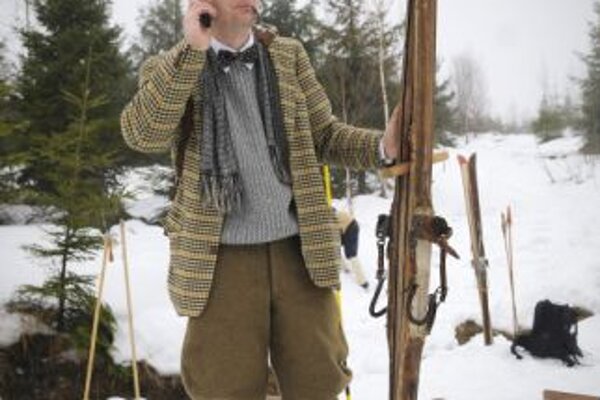 ABOUT 40 fans of historical skiing met in Tatranská Lomnica in early March to celebrate the history of skiing in the Tatra mountains and to compete with period clothing and equipment.

“This is a commemoration of the beginnings of skiing in the Tatras,” history enthusiast and skier Vladimír Hubač told the SITA newswire. “This year, we are commemorating the 140th anniversary of Michal Guhr, who [was well known for] skiing in this mountain range.” The event, which took place on March 9, attracted the highest number of children in its history. Hubač rejoiced that it would be the generation of successors who will gradually take over the baton and continue this tradition.

Hubač also added that, after years of effort, the first Ski Museum in the High Tatras will open, displaying period clothes, historical skis (including one of the first pairs to have been used in the Tatras, which are more than three metres long and come from Norway), ski repair and documents referencing personalities who helped to develop skiing in the High Tatras: Guhr, Karl Szontágh, as well as ski racers like Lukáš Michaľák, the first Slovak Olympic skier. A separate part of the exhibit will focus on the history of sledding and sleighing, which have had a long tradition in the Tatras. “I am glad that we can show to people the history of [this] sport in the Tatras,” Hubač concluded. “The public knows mostly about the 1970 World Championship on Štrbské Pleso, but as early as 1935, we had a world championship in skiing here.”