ECB: Slovaks are among 'wealthiest' in Europe

SLOVAK households belong among the wealthiest in Europe, at least according to a survey carried out by the European Central Bank which showed that the share of home ownership in Slovakia is much higher than in bigger economies like Germany and Austria. Moreover, household debt in Slovakia is lower, and the survey reports a very narrow gap between the country’s richer and poorer families. Yet analysts say that the results may be distorted since the statisticians did not take into account several important factors affecting household property. 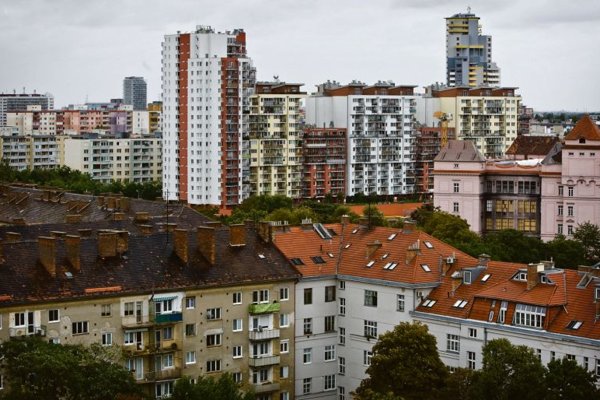 Nine out of 10 Slovak households own their property. (Source: SME)
Font size:A-|A+0

SLOVAK households belong among the wealthiest in Europe, at least according to a survey carried out by the European Central Bank which showed that the share of home ownership in Slovakia is much higher than in bigger economies like Germany and Austria. Moreover, household debt in Slovakia is lower, and the survey reports a very narrow gap between the country’s richer and poorer families. Yet analysts say that the results may be distorted since the statisticians did not take into account several important factors affecting household property.

Up to 89.9 percent of households in Slovakia own the property in which they live, the highest proportion in the whole eurozone. In Germany and Austria home ownership stands at less than 50 percent, according to the Household Finance and Consumption Survey, carried out by the European Central Bank (ECB). The central banks in EU member states collected data about household properties. The National Bank of Slovakia (NBS), the country’s central bank, based the survey on data from 2010.

According to this data, Slovakia’s number of one- and two-member households stands at less than 50 percent, unlike Germany, for which such households make up 75 percent. On the other hand, one third of households in Slovakia consist of four or more members, which is the highest number in the eurozone, the Sme daily wrote on April 11.

On the other hand, only 61 percent of Slovak households own a car, which is the lowest in the eurozone. When it comes to financial assets, the country reported the second lowest amount – only €2,500, compared to the eurozone median of €11,400.

“This is probably caused by low incomes in Slovakia, and related low balances on current and savings accounts,” reads the NBS report.

The survey also showed that Slovaks own very little in the way of stocks or shares.

The ECB survey differs from standard studies about salaries and living conditions in two areas, said Zuzana Kusá, sociologist with the Slovak Academy of Sciences (SAV). Firstly, in addition to cash income, it focused also on other types of property and assets, including the ownership of a flat or house. Secondly, the difference may be disputable since the survey considered households as “separate units” and did not investigate how many people share housing.

“Ignoring the number of people who live on a certain income when assessing the wealth of households seems like an elementary mistake, detachment from real life or a clever strategy to turn things upside down and fabricate the wealth of some [households] and the poverty of the others,” Kusá told The Slovak Spectator.

The sociologist added that whichever factor it is, it sends “a bad message” about the experts from central financial institutions.

Also Vladimír Baláž, an economic forecaster with SAV, says that we should be looking at the indicators that the ECB monitored. The inquirers, for example, did not take into account mortgage debts, but on the other hand, they monitored the ownership of jewellery, he told the Hospodárske Noviny financial daily.

A high level of privately owned housing is not a trustworthy indicator of a country’s wealth since the rural and poor urbanised countries with late industrialisation and insufficient housing policies have a higher rate of home ownership and a lower number of council or rented flats. Some studies even show that poorer countries have a higher share of owner-occupied housing, which is the result of lifelong effort and self-sacrifice, and suppression of other life goals and pleasures, Kusá said.

Ľubomír Kardoš from the National Association of Real Estate Agencies added that the high rate of home ownership in Slovakia was primarily caused by the situation after the fall of communism in 1989 when people were able to buy state flats for very low amounts, Hospodárske Noviny wrote.

Moreover, the high share of owner-occupied housing does not reflect the accessibility of housing, which in Slovakia belongs among the lowest in the European Union. In 2008 there were only 326 flats per 1,000 inhabitants, while the share of flats for socially disadvantaged people stood at only 2.6 percent. According to the 2011 census, the share of such flats was even lower – only 1.8 percent, Kusá told The Slovak Spectator.

Regarding the occupancy of flats in Slovakia, Kusá pointed to the results of the Eurostat survey, showing that nearly 40 percent of families live in flats where they are forced to share rooms.
According to the 2001 census, families with two or more members live in 19 percent of flats, which “indicates the housing need, insufficient housing policy and a lack of individual resources”, Kusá said.

Gaps between the rich and ordinary families low

Another interesting finding of the ECB report was that Slovakia has the narrowest gap in the distribution of income and wealth. While in other eurozone countries there are many wealthy households which own more than households with lower incomes, the differences between the property of ordinary and wealthy households in Slovakia is very low, Sme wrote.

Kusá explained that the small differences in the property of households are the result of low incomes people receive, as well as the fact that the number of people with high salaries is too low. Moreover, even families with higher incomes receive less than wealthy families in other countries.

The risks of poverty

Since adopting the Europe 2020 strategy, the number of poor people is calculated via combining all these factors. Therefore, up to 20.6 percent, i.e. about one million people, were threatened with either poverty or social exclusion, Kusá told The Slovak Spectator.

When asked about the measures Slovak governments have passed to combat the risk of poverty, Kusá responded that they usually reduce it to a question of employment and support for the creation of new jobs. According to her, it is also important to provide these people with a modest, but decent income, as well as a better approach to various services, education and housing.

“People who live in makeshift conditions, without access to water and standard hygiene, have difficulties finding a job, and people from such families are isolated and segregated at schools,” Kusá explained.

She added that despite certain attempts to provide these people with appropriate housing, it is not adequate, both because of insufficient funding and a lack of effort by municipalities.

Kusá also pointed to the system of social benefits, which are very low and often allow for a miserable existence. Moreover, since 2009 subsidies have not been valorised. In addition to this, public officials often deny people the right to claim subsidies, and try to condition their receiving them with, for example, work activities, which are also limited.

“The situation is more problematic today also because the commitment to decrease the public finance deficit and keep it below 3 percent of GDP is stronger than other commitments, and is a more important priority than the protection of human dignity,” Kusá said.