OPPORTUNITIES for English-speaking theatregoers to enjoy drama in Slovakia are relatively few. But there will be one such chance on April 23, when the ancient Greek trilogy of dramas the Oresteia is performed at the Slovak National Theatre with English subtitles. 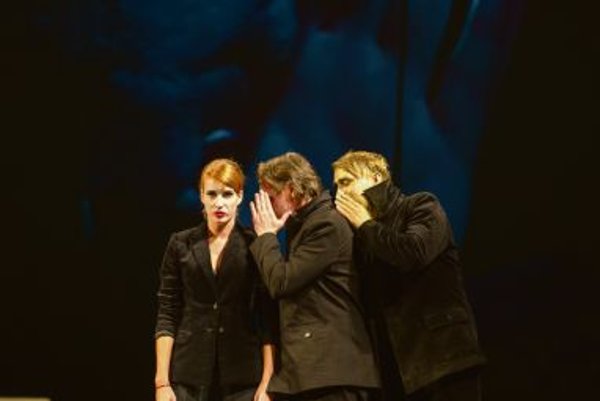 OPPORTUNITIES for English-speaking theatregoers to enjoy drama in Slovakia are relatively few. But there will be one such chance on April 23, when the ancient Greek trilogy of dramas the Oresteia is performed at the Slovak National Theatre with English subtitles.

The primary reason for the translation is a trans-European bus tour of theatre houses across the continent, which includes a stop in Bratislava. The European Theatre Convention (ETC) is using the occasion of its 25th anniversary to examine the role of European theatre at a time of uncertainty and crisis on the continent, it announced in a press release. In its first ever ETC Spring Theatre Tour (18-24 April 2013), selected artists and theatre-makers, media and cultural stakeholders have been invited to join together and witness not only how theatre as an art form participates in political and social affairs but also visit some of the theatres that make that happen.

Apart from the Slovak capital, the ‘theatre bus’ is visiting Stuttgart, Liége, Karlsruhe, Zurich, Prato, Maribor and Zagreb. Theatre artists from Germany, Romania, Croatia and the UK, nominated by the ETC member theatres, will experience the work of Europe’s public theatres. The Slovak National Theatre (SND) is a member of the ETC. More information on the bus tour, as well as other ETC activities, can be found at www.etc-cte.org.

The Oresteia, written by Aeschylus, is a trilogy of Greek tragedies concerning the end of the curse of the House of Atreus, the SND’s programme bulletin states. The piece, originally staged in 458 BC, revolves around the shift from the practice of personal vendetta to a system of litigation. Its name is derived form the character Orestes, who strives to avenge his father after his mother’s affair with her lover. The Bratislava staging, 2 hours and 45 minutes long, is directed by Rastislav Ballek and the cast includes Michal Šoltész, Anna Javorková, Leopold Haverl, Robert Roth, Táňa Pauhofová, Szidi Tobias and others.

The performance with English subtitles on April 23 will take place in the Hall of Drama in the new SND building at Pribinova 17, starting at 19:00. More information can be found, and tickets purchased, at www.snd.sk/en.