WITHOUT much ado Austria has gradually become one of the most important economic partners of Slovakia over the last 20-plus years. The fall of the Iron Curtain, in both the political and physical sense, in 1989 brought business opportunities on both sides of the border, an inflow of investments worth billions of euros into Slovakia, and an intensification of bilateral trade. Economic cooperation between the two countries continues to grow, again without any great attention being paid to it, since official intervention has not been needed now for several years. Nonetheless, Austrian businesspeople have noticed conditions for doing business in Slovakia worsening recently, even though they remain optimistic with regards to the future. 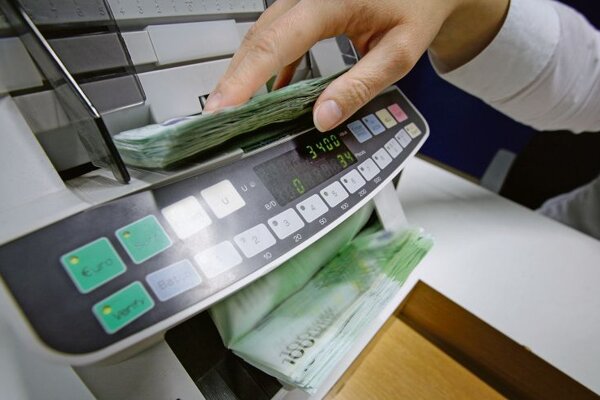 WITHOUT much ado Austria has gradually become one of the most important economic partners of Slovakia over the last 20-plus years. The fall of the Iron Curtain, in both the political and physical sense, in 1989 brought business opportunities on both sides of the border, an inflow of investments worth billions of euros into Slovakia, and an intensification of bilateral trade. Economic cooperation between the two countries continues to grow, again without any great attention being paid to it, since official intervention has not been needed now for several years. Nonetheless, Austrian businesspeople have noticed conditions for doing business in Slovakia worsening recently, even though they remain optimistic with regards to the future.

“Intensification of Slovak-Austrian relations is growing constantly and Austria is becoming Slovakia’s key neighbour and ally,” Ján Tyrala from the Slovak Economy Ministry told The Slovak Spectator. “Today it is our only neighbour with which we have the same currency. Joint efforts to stabilise the eurozone, the volume of investments and trade, development of infrastructure, and cooperation in energy security make us strategic allies.”

The high level of Slovak-Austrian relations is underscored by the commercial dimension of bilateral cooperation, even though national statistics differ a little. Austria is the second biggest investor in Slovakia, with Austria’s aggregate foreign direct investments in Slovakia amounting to €5.9 billion up to the end of 2011, while almost €44 million of investments arrived from Austria during the first nine months of 2012, based on data from the National Bank of Slovakia.

Patrick Sagmeister, commercial counsellor at the Austrian Embassy, told The Slovak Spectator that Austrian investments stem mostly from small and medium-sized enterprises (SMEs) with a long-term, cooperative approach, as opposed to a short-term, quick-win mentality.

The number of Austrian companies in Slovakia is estimated to be around 2,000, about 1,600 of which are SMEs active in construction, mechanical engineering, metal processing and IT.

Sagmeister said that while this number has remained stable, a slight decrease in inquiries regarding the founding of new companies and legal entities has been observed. But he remains positive.
“We do expect an increase in companies interested in the Slovak market over the course of the year,” Sagmeister predicted.

According to Tyrala, about 50 Austrian companies, SMEs in particular, launch in Slovakia every six months. One of the most recent large investments in the industrial sector was by a supplier of lighting systems to the automotive industry, Zizala Lichtsysteme from Wieselburg, into ZKW Slovakia in Krušovce.

According to Josef Altenburger, president of the Slovak-Austrian Chamber of Commerce, the investment boom is declining due to demand from Austrian investors being satisfied. Moreover, he said, the current uncertain economic situation as well as the crisis in other eurozone member countries is not motivating companies to make new investments or extend their current investments.

“Small countries like Austria and Slovakia in particular are very dependent on the development in Europe,” Altenburger told The Slovak Spectator.

Large Austrian companies are represented in Slovakia in the banking and insurance sector in particular: Erste and Raiffeisen, via their subsidiaries Slovenská Sporiteľňa and Tatra Banka, are the number one and number three in the Slovak banking market. Vienna Insurance Group, with its 33-percent market share, holds a significant position in the Slovak insurance sector, said Tyrala.
Sagmeister added that there are many examples of successful Austrian companies in Slovakia, especially in the industrial and automotive sectors.

According to Tyrala, bilateral trade has been growing over the last three years, with turnover exceeding €5.5 billion in 2012. Slovakia’s exports to Austria grew by 5.4 percent during 2012, while imports increased by 1.1 percent, meaning that the trade balance reached a record €2.9 billion in favour of Slovakia.

As a consequence of the geographical closeness of the two countries and especially their capitals, relations have an informal character and contribute to the smooth inflow of investments and arrival of new Austrian companies in Slovakia, according to the Slovak Investment and Trade Development Agency (SARIO).

“Thanks to better-than-average relations with companies from Slovakia, many investment projects [take place] without drawing the attention of the public and thus it seems that the interest of Austrian companies in Slovakia is decreasing,” Ľubomíra Gabrielová, head of the marketing and communication department at SARIO, told The Slovak Spectator.

Between 2002 and 2012 SARIO assisted 25 Austrian companies which chose Slovakia as a suitable destination for their investments. These projects involved an aggregate inflow of investments valued at €586.4 million and created about 3,460 working places. Sectors in which companies established themselves with the help of SARIO included the wood-processing industry, electro-technical industry, production of machinery and cars, metal production and projects involving product research and development.

SARIO cooperates with the Austrian Economic Chamber and the department of economy and commerce at the Slovak Embassy in Vienna as well as the Austrian Embassy in Bratislava to draw Austrian investors to Slovakia. SARIO project managers have presented the investment and commercial potential of Slovakia to Austrian companies within the “Business Friendly Slovakia” project, and at the Viennatech fair.

Gabrielová sees the biggest prospects for development of cooperation and utilisation of Austria’s experiences in the renewable energy and tourism sectors, while she perceives all sectors in Slovakia as potentially of interest to Austrian investors.

According to Sagmeister, the economic crisis is having an impact on the appetite of Austrian investors to invest in Slovakia.

“The crisis has caused a decrease in national demand, thus forcing many Austrian companies to broaden their economic horizon and start looking across national frontiers for new markets and potential customers,” Sagmeister said. “The Austrian Federal Economic Chamber in cooperation with the Austrian Ministry of Economy launched the ‘go-international’ initiative several years ago with the goal of facilitating internationalisation of Austrian SMEs. As Slovakia has experienced above-EU-average GDP growth rates over recent years this has also attracted Austrian investors and companies alike.”

Recent investments are also visible in the ICT sector, as well as in the form of a new Austrian player in the metal working and industrial field which is planning to enter with an initial seven-figure investment.

“Most of the investment, however, is on-site expansion and extension of investments in existing sites,” Sagmeister.

However, the latest legislative changes related to Slovakia’s income and corporate taxes, compulsory levies, and the Labour Code, all of them adopted by the Fico government, have attracted criticism from the Austrian business sector.

“It appears that the latest changes and reforms adopted by the current government have had a disproportionately large reverberation in the Austrian media,” said Sagmeister. “Throughout the media landscape the abolition of the flat-tax system, a feature that many Austrians associated solely with the Slovak Republic, was discussed. Even though the changes made to the income and corporate tax systems are not enormous, they are likely to have caused some investors to stall their current plans to come to Slovakia.”

According to Sagmeister, similar results were observed in an annual investor survey organised by chambers of commerce involving 187 European enterprises from seven different nations. Slovakia was perceived as being less attractive than it was in previous years.

“Unlike the preceding years, Slovakia was not assessed as the most attractive destination in central and eastern Europe, falling behind the Czech Republic,” said Sagmeister.

Altenburger specified that the difficult situation in consumption on world markets is also affecting prospects for the growth of foreign investors in Slovakia and has significantly cooled the optimistic mood indicated in surveys during the last two years. Companies also criticise the fact that in spite of decreasing real wages, wage-related costs are rising, particularly affecting companies that employ a lot of qualified people.

In general, companies regard the biggest priorities as being an increase in legal certainty, the fight against corruption, and transparency in public procurement, said Altenburger. But regardless of the negative changes, Slovakia is still attractive to Austrian companies, which perceive among its advantages Slovakia’s membership of the EU and the eurozone, the high motivation and productivity of its labour force, plus its qualifications and relatively low costs.

“In spite of the removal of the flat tax, Slovakia is much cheaper than Austria because the tax burden in Austria is among the highest in Europe,” said Altenburger.

Sagmeister confirmed the attractiveness of Slovakia for Austrian companies.

“81 percent of the companies surveyed do not regret their decision and would pick Slovakia as a destination for their investments again,” said Sagmeister.