A BIG move last year to a new location requiring considerable reconstruction caused the Austrian Cultural Forum (RKF) in Bratislava to make changes to its "modus operandi". But now that it is settling into its new digs, the forum is ready to resume its rich cultural exchange programme. “We are glad that in the year marking the 20th anniversary of diplomatic ties between our two countries, we can again offer cultural exchange and policy as one of the cornerstones of Austrian foreign policy,” Brigitte Trinkl, head of the forum, told The Slovak Spectator. 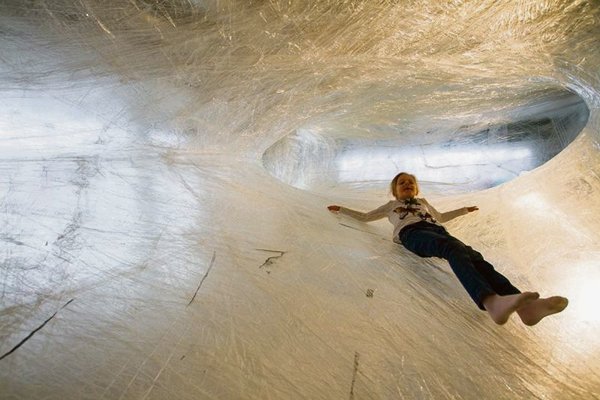 A BIG move last year to a new location requiring considerable reconstruction caused the Austrian Cultural Forum (RKF) in Bratislava to make changes to its "modus operandi". But now that it is settling into its new digs, the forum is ready to resume its rich cultural exchange programme. “We are glad that in the year marking the 20th anniversary of diplomatic ties between our two countries, we can again offer cultural exchange and policy as one of the cornerstones of Austrian foreign policy,” Brigitte Trinkl, head of the forum, told The Slovak Spectator.

The move to the Astoria Palace on Suché mýto square resulted in the loss of the forum’s exhibition and concert rooms, which meant that “arranging events was more difficult and complicated for us,” Trinkl explained. Fortunately, the new spaces will be completed and opened by the end of June.

Trinkl stressed that the commotion at their Bratislava headquarters did, however, allow the forum to shift its focus to the 2013 European Capital of Culture (ECOC) Košice. “In 2012, we started preparing for Košice’s big year. We took part in the festive opening, and this year, we are organising a host of programmes which fit well into the basic ideas behind the ECOC – which are creativity, crossing borders and a focus on the future,” she said.

“We started with the installation ‘TAPE’ by the Austrian-Croatian trio ‘numen/for use’, who created site-specific installations from fishnets and adhesive tape,” Trinkl told The Slovak Spectator. “The Košice installation, representing biomorphic architecture in the form of 50 kilometres of tape, was a huge temptation for visitors, when even Košice mayor Richard Raši, Slovak deputy head of parliament Jana Laššáková and the head of Slovak Institute in Vienna, Viera Polakovičová, tried to explore the cocoon-like tape.”

As for future attractions in Košice, she cited the Temporary Art Pavilion White Noise project of the SOMA architecture group, borrowed from the Provincial Government of the Austrian city of Salzburg. The project is a “hedgehog-like aluminium construction” that will be imported from Austria (with the help of sponsors and partners, including Salzburg, ECOC Košice 2013 and the Austrian Chamber of Commerce) and placed on a space near the city’s Aupark shopping centre.

“And I would like to point out two events in the autumn," Trink said, "a photo exhibition by renowned contemporary Austrian photographer Erwin Wurm, called One-Minute Sculptures, in September and October (within the framework of Triennial of Contemporary Image); and the Slobodija Odysseeia, Mon Amour by Thomas Gros, a musical-theatre project about the Roma issue, their journey and integration (to be performed in Vienna, Košice and the other European Capital of Culture, Marseilles).”

As for events in the Slovak capital, the head of the cultural forum mentioned the prolific cooperation with the head of the Slovak Philharmonic, Marián Lapšanský, which enabled a host of Austrian musical personalities to perform in Bratislava.

“I would like to mention a photo exhibition, [entitled] Salzburg Festival of Marianne Sayn-Wittgenstein-Sayn, a fascinating elderly lady who has been taking photos for many decades, giving them a special personal touch. The exhibition opened in the Reduta and was later relocated to the opera house. I am glad that we managed to invite and bring to Bratislava the artist who is the descendant of Empress Maria Theresa and who said she visited the capital for the first time in her life,” Trinkl explained.

An even bigger exhibition, this time at the Danubiana Meulensteen Art Museum, focused on the work of Austrian sculptor Karl Prantl, who has become known as a “bridge-builder” between Austrian and Slovak artists.

“For the summer, we plan to participate in the annual Statue and Object / Socha a objekt project of outdoor installations and in the Bratislava Cultural Summer; as the summer season is usually stronger in open-air events,” Trinkl told The Slovak Spectator. “But from September on, there will be, again, a host of events of all genres at the Astoria Palace: exhibitions, concerts, literary evenings, debates and lectures, as well as film screenings.”

As for future Bratislava arrangements, she named the exhibition of Ernst Exinger, an artist from the “Weinviertel”, i.e. the wine region, in connection with the Exhibition of the Provincial Government of Lower Austria in Asparn an der Zaya and Poysdorf, the theme of which will be Bread and Wine for 2013. Exinger’s exhibition is slated for the autumn, as is as an exhibition by Ernestine Tahedl, an Austrian native now living in Canada.

“We appreciate the rich feedback from our fans - in personal contacts, as well as in the form of e-mail, Facebook communication and also postcards,” Trinkl said. “They keep asking when we will start organising more regular events in own our rooms again.”

Currently, an exhibition called Amulets, featuring the work of Susana Maiani, a Brazilian-born artist of Austrian-German origin, is showing at the Galéria X, Zámočnícka 5.

The Night of Literature on May 15 will take place, among other sites, in rooms that are still under construction but which will soon become the new premises of the Austrian Cultural Forum.
More up-to-date information on the events can be found, in German and Slovak, at www.rakuskekulturneforum.sk.