Prevention is cheaper than cure 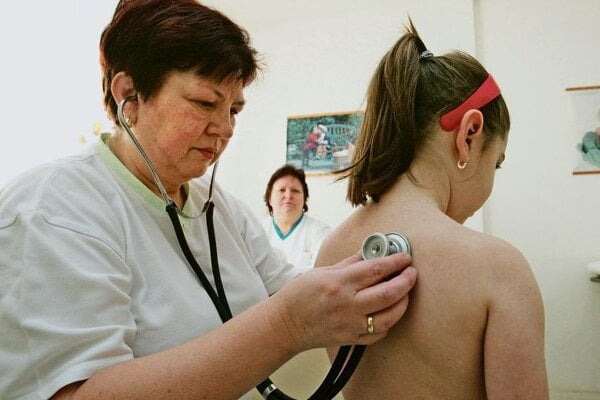 PREVENTING diseases and medical conditions is cheaper and more effective than treating them, according to health-care experts. While the average price for a preventive examination is approximately €50, treating cancer once it has been detected at an early stage costs €550 on average. Treatment of a non-metastatic malignant tumour costs about €1,660 per month, while a metastatic tumour costs €3,100 per month, according to Petra Balážová, spokesperson for the state-run health insurer Všeobecná Zdravotná Poisťovňa (VšZP).

Generally, Slovaks rarely visit their doctors for routine check-ups or preventive examinations, and only one quarter of adult Slovaks visit a general practitioner to undergo such examinations, Health Ministry spokesperson Zuzana Čižmáriková said.

“The numbers [related to] preventive examinations are really low in Slovakia,” Čižmáriková told The Slovak Spectator. “People should realise that prevention is the best option for preventing disease or diagnosing it as soon as possible.”

Since prevention is more economically beneficial for patients as well as public finances, the amendment to the law on the range of health care covered by the state, effective as of April 1, 2013, extends the range and frequency of some preventive medical examinations, based on the needs that practice has revealed, Čižmáriková said.

According to the new rules, the age of a patient who is entitled to one urological examination covered by public finances every three years has decreased from 50 to 40, if one’s father, son or brother has been diagnosed with prostate cancer. Patients without such relatives are entitled to an examination once every three years, as before. Furthermore, health insurance holders older than 40 may have their cholesterol checked every two years as opposed to only once, at the age of 40 or 41, as defined by the previous version of the law, according to Balážová.

What options do we have?

Public funding also covers one yearly preventive examination for blood or organ donors. Colon and rectal examinations for patients over 50 are covered once every ten years. Those with an increased risk of colon or rectal cancer qualify for a free screening every five years. Patients under 18 involved in organised sports are eligible for one partially reimbursed preventive examination with a sports physician per year, Pravda reported.

However, visiting a doctor is not the only way to prevent diseases or medical conditions. Statistics show that lifestyle has a significant impact on people’s health, Monika Šimunová, the PR specialist for Dôvera, private health insurance company told The Slovak Spectator.

“A good example is obesity, which is related to proper diet and sufficient movement,” Šimunová said. “[Living a healthy lifestyle] a person may evade many diseases and complications such as diabetes, high blood pressure, cardiovascular disease and so on.”

Preventive examinations are a patient’s right, not an obligation. Therefore physicians must not reject patients on the basis that they have failed to undergo preventive check-ups, according to Šimunová.

On the other hand, Dôvera has reported cases in which doctors claimed to have conducted a preventive examination on a patient, when in reality they had not. To prevent such cases, the insurance company runs an electronic service through which an insured person can check the services reported by a doctor. If they discover that a doctor has filed a fictitious examination or health-care service, they can report it to Dôvera. The insurance company has special doctors who conduct medical peer reviews, who contact doctors suspected of this practice and ask them why such a service was reported, Šimunová said.

VšZP regularly conducts inspections in every field of health care, and when inconsistencies are detected, it investigates the cases more deeply, Balážová said, adding that fictitious medical services are among the most frequently detected problems.

Circulatory diseases are the leading cause of death in Slovakia

THE LIFE expectancy of Slovaks is, on average, lower than that of other Europeans, according to a report by the Public Health Authority (ÚVZ). Slovak males, for example, die eight years earlier than their Swedish and Swiss counterparts, who have the longest lifespan in Europe, reaching an average age of 79.9 in 2009. The lifespan of Slovak women was six years shorter than that of French women, who, on average, lived to 85 in 2009, ÚVZ spokesperson Lenka Skalická the told The Slovak Spectator.

The most frequently occurring diseases in Slovakia are cardiovascular and respiratory diseases and malignant tumours. There are also an increasing number of asthma cases, as well as instances of chronic obstructive pulmonary disease. A common cause of disability and death are musculoskeletal and psychiatric disorders, and the ÚVZ has noted an increase in the prevalence of type II diabetes, Skalická said.

Although many of these diseases are influenced by uncontrollable factors, like genetics, gender or age, lifestyle factors, like diet, environment, lack of exercise, smoking, stress, excessive alcohol consumption and so on, also play a crucial role, Skalická said. By Roman Cuprik