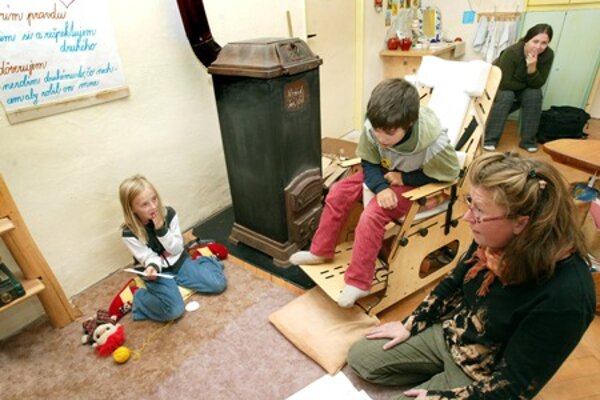 THE ENVIRONMENTAL elementary school in Zaježová, a community of less than a hundred citizens in the Zvolen District, was originally built in the 1950s.

A long time resident told the TASR newswire that the school was built mostly by local volunteers and that in the early days the school had as many as 70 pupils. However, by the end of the end of 1970s the school had closed down because most of the younger population of Zaježová had moved away to seek work, leaving behind an overwhelmingly elderly population.

In 1989 however, the community was re-discovered by a group who established a school of folk culture which aimed to reintroduce the traditional crafts to young people. The school became very popular, initiating many workshops and summer camps and drew many visitors to the community.

When that school closed, another group took over some of its courses and activities and, in 2004, the Zaježová was recognised as a member of a worldwide network of similar projects – The Global Ecovillage Network.

Later, the Centre of Environmental and Ethnic Education Živica (Natural Resin) reopened the school with an emphasis on learning to live closer to the environment and preserving folk arts and customs.

The school had a modest beginning as only four pupils showed up for the first year, making it the smallest elementary school in Slovakia. Currently, this unique educational institution is attended by exactly nine children. The locals brag somewhat tongue-in-cheek about this fact, noting that the school has shown a growth rate of over 100 percent in just a few years.

The programme Zelená škola (“Green School”) is a Slovak name of a world-wide Eco-Schools Programme that focuses on offering students a look at non-consumer life styles.