WHILE MANY agree that gender equality is a laudable goal, particularly in the workplace, many insurance companies believe that, when calculating the prices of their policies and benefits payouts, not taking gender into consideration goes against basic insurance maths and undermines the underlying principles of the sector. Nevertheless, insurers in Slovakia have bowed to pressure from Brussels, and have re-designed their insurance products to be unisex. Some of them even used this opportunity to make their products more attractive. 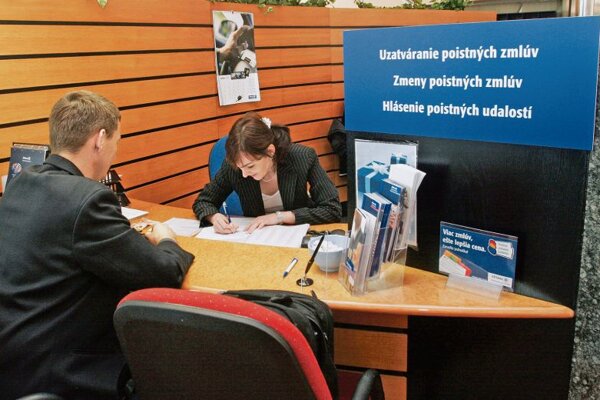 WHILE MANY agree that gender equality is a laudable goal, particularly in the workplace, many insurance companies believe that, when calculating the prices of their policies and benefits payouts, not taking gender into consideration goes against basic insurance maths and undermines the underlying principles of the sector. Nevertheless, insurers in Slovakia have bowed to pressure from Brussels, and have re-designed their insurance products to be unisex. Some of them even used this opportunity to make their products more attractive.

“The ban on using gender as a risk factor on the basis of the verdict of the European Court of Justice in the case of Test-Achats is a reality,” Jozefína Žáková, general director of the Slovak Insurance Association (SLASPO), told The Slovak Spectator. “Insurance companies stopped using gender as one of the factors to divide the insured into risk groups, and are forced to look for alternative factors. We consider this condition to be harmful, but we respect it as a fact.”

SLASPO does not see the verdict of the European Court of Justice (which ruled that setting different insurance premiums for women and men constitutes sex discrimination and is not compatible with the EU’s Charter of Fundamental Rights) as beneficial to consumers.

Žáková added that insurance companies also have to deal with the number and the proportion of men in their insurance portfolios with regards to their differing levels of risk of mortality, longevity and invalidity. All these factors affect premiums.

Insurance companies operating in Slovakia have mostly responded negatively to the change, even though they accept it.

“We are of the opinion that this question should have been assessed more sensitively with regards to the specific function provided by an insurance company, which is insurance and by which it enables clients to eliminate risks which would financially endanger them in their daily life, like accident, disease, loss of a family member, and so on,” Gabriel Tóth, spokesperson for Allianz-Slovenská Poisťovňa (Allianz-SP), the biggest insurance company in Slovakia, told The Slovak Spectator.

Tóth explained that insurance is tailored to the specific risks of each person, and that historically, statistics show that when assessing these risks for different types of policies, gender is a factor that significantly affects the level of risk that the insurance covers, and thus also the price.

“Discrimination, in the sense of taking into consideration and assessing health condition, age, gender and so on is an inseparable part of the insurance system and its goal is not to put somebody at an advantage or certain groups of clients at a disadvantage, but contrary to this, to price risks as realistically and rightfully as possible,” Dušan Quis, the general director of ING Životná Poisťovňa told The Slovak Spectator.

Tomáš Ogrodník, manager of the personal insurance department at Uniqa Poisťovňa, believes the regulation interferes with the mathematical process when calculating life insurance premiums on the basis of results from long-term statistics and medical monitoring, which clearly show differences in the lifespan as well as sickness rates between women and men.

On the other hand, Kooperativa Poisťovňa, a member of Vienna Insurance Group, welcomes the move to put both genders on equal footing.

“Kooperativa, as a modern company, appreciates the efforts of the European Union to introduce gender equality in all parts of life,” Katarína Vargová from the marketing department of Kooperativa Poisťovňa told The Slovak Spectator, adding that the topic of gender equality is as old as the EU itself and thus it is obvious that both genders should have been made equal in the insurance sector as well.

The Slovak legislation prohibiting the use of gender as a factor when calculating the prices of insurance policies became valid on April 1, affecting only new insurance policies. Insurance companies have already gradually adapted their products to the change, affecting both life insurance and non-life insurance. The changes have affected prices in both directions: for example, Allianz-SP has reported lower prices for men and higher prices for women for accidental death insurance.

ING Životná Poisťovňa focuses exclusively on life insurance and the elimination of gender has affected almost all its products except certain types of insurance against accidents, for which gender was not a factor in the past. Quis specified that, for example, the rates changed significantly for women aged 45 and up, especially for accidental death insurance.

Uniqa’s life insurance for women is also more expensive, while the situation in retirement insurance is the opposite, i.e. women now pay less and men pay more.

Kooperativa believes that the change had a positive impact on their products, making them more attractive. It considers the unified look of the rate schedule and all the documents available for clients to be a positive feature. Unifying the rates for men and women also meant that Kooperativa had to re-calculate its products, and it used the change as an opportunity to increase the attractiveness of its products. The company has also incorporated various discounts into all of the products, according to Vargová.

Insurance companies will now have to wait to see what kind of impact the changes will have, as the new prices could affect interest in insurance policies among both men and women, especially in individual policies that had gender-dependent rates. This may have an impact on the insurers’ clients and, in the end, on the prices of insurance products.

Insurance companies in Slovakia continue to take age and health as significant factors into account when preparing insurance policies.

For example, MetLife Amslico has responded to the change with the introduction of two new products, the Trend weekly wrote in early April, the first of which focuses on women. An obligatory component of the policy covers the risk of cancer in women’s organs and thus can be offered for a lower price than a unisex product. Based on the EU rules, men must also be allowed to purchase it, but with the obligatory coverage of women’s organs, they are not interested in the product. The insurer has therefore prepared a parallel product for men, with obligatory coverage of men’s organs. Other insurance companies are offering similar policies.

Žáková warns that there are already attempts being made to prevent age and health condition from affecting the final price of insurance.

“There are emerging proposals that even these [age and health condition] must not be taken into consideration – this will really be a blow to the whole sector,” said Žáková, adding that life insurance would lose its purpose because it would make no economic sense for young and healthy people to buy expensive life insurance and thus there would be no money to be paid to the old and ill.