Politics to be off limits in the new Stará Tržnica

ALIANCIA Stará Tržnica / The Old Market Hall Alliance civic association and Bratislava city representatives have finally come to an agreement covering the regulations and uses of the Old Market in the SNP Square. The agreement was signed on April 24. 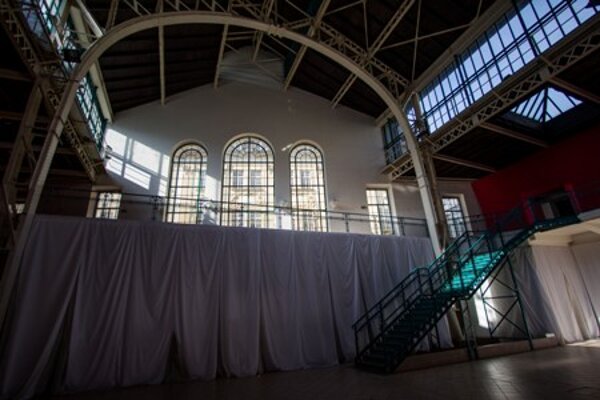 ALIANCIA Stará Tržnica / The Old Market Hall Alliance civic association and Bratislava city representatives have finally come to an agreement covering the regulations and uses of the Old Market in the SNP Square. The agreement was signed on April 24.

The civic association plans to turn the building into a multi-functional city centre as they gradually reconstruct the building.

A previous agreement was approved in early February, but when the specific rental contract was prepared, some city representatives felt some of the clauses needed some fine-tuning.

Here’s how it looks now. The Alliance will pay a symbolic rent of one euro a year but the civic association will be obligated to invest €120,000 annually including VAT into the building. Moreover, the association must invest any profits that it clears above operating costs into the reconstruction and modernisation of the hall and that figure must amount to no less than 70 percent of moneys taken in.

Last month, Katarína Augustinič of the Liberal Agreement party proposed a clause that would forbid political meetings and events to take place in the structure. The representatives approved this idea and stipulated that if the Alliance violates this clause, a fine will of €500 will be assessed. However, closed political meetings that exclude the public will be allowed. Stanislav Fiala of the Christian-Democratic Movement protested this ruling claiming that the restriction is unconstitutional.

The city centre Stará Tržnica will be run by what sounds like a somewhat complicated bureaucracy with a board, a supervisory board and a control body in the hope of insuring transparency in the uses of the hall. The civic association plans to organise cultural events, concerts, conferences, theatre performances, debates and lectures – and has encouraged the public to submit ideas. A massive cleanup of the premises is scheduled for June. The website www.novastaratrznica.sk will update information (in Slovak only) concerning planned events and services. “We call on public to let us know what it would like to have in the Old Market-Hall,” Zora Jaurová of the civic association told the TASR newswire. “We want the market-hall to become a joint project for all of us,” she added. She concluded that the association plans to bring more transparency into the project, as they will be cooperating with the Aliancia Fair-play watch-dog group in discussing any controversial issues.