THE NEED to reduce public spending is now so great that the current government, which describes itself as “socially-oriented”, is proposing cuts to family allowances in order to save money. The cabinet says the changes are intended to combat abuses of the benefit system and has promised that the restrictions will only affect those with higher incomes. 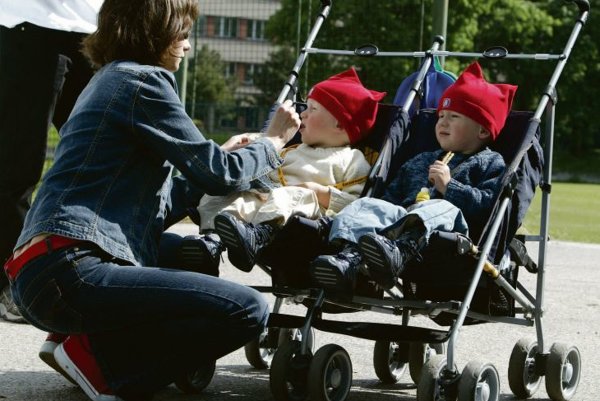 THE NEED to reduce public spending is now so great that the current government, which describes itself as “socially-oriented”, is proposing cuts to family allowances in order to save money. The cabinet says the changes are intended to combat abuses of the benefit system and has promised that the restrictions will only affect those with higher incomes.

According to predictions by the Finance Ministry, Slovakia will need to cut about €566 million to decrease the state budget deficit to 2.6 percent of GDP next year. One way in which it proposes to do this is to restrict family benefits for high-income families and families who have more than three children. This means Slovakia will potentially return to the more targeted social system abolished by the second government of Mikuláš Dzurinda (2002-06).

While economic analysts have welcomed the plan, saying that it might help to reduce state spending, the right-wing opposition is warning that the measures might adversely affect ordinary working people. Moreover, they say that people who do not need family benefits usually do not ask for them.

At the moment the state spends about €1 billion per year on family benefits. The highest sums typically go on child benefit, parental allowances and childbirth allowances.

“A state in which someone has 10-11 children only to live from this [i.e. the benefits] is probably unsustainable,” Prime Minister Robert Fico said in comments on Slovak Radio (SRo), referring to cases in which children allegedly serve as the main source of family income.

According to Fico, there will still be some benefits for parents who have three children, but those who want to have more will face either reduced amounts or nothing at all.

The new measures are supposed to come into force as of January 2014.

Radovan Ďurana, an analyst with the economic think tank INESS, agreed with the aim of restricting state benefits. If the state were able to save €100-250 million by such an approach, it would play an important part in decreasing the deficit, he commented.
“A characteristic of several family benefits is their non-addressability, which means that not just those who really need them, but all [families], receive them,” Ďurana told The Slovak Spectator, adding that removing such ineffectiveness might bring “significant savings”.

By contrast, Ľudovít Kaník, an MP for the opposition Slovak Democratic and Christian Union (SDKÚ) who was formerly labour minister, said the potential reduction in benefits for working families was “wrong and harmful”.

“If a family works and is able to maintain its children, let it have even 10 children,” Kaník told The Slovak Spectator.

In his opinion, it is necessary to change the system so that those who do not work, but instead rely solely on state social support, do not receive any benefits. Since the government does not plan to change this practice, it will actually punish working people, Kaník said.

Moreover, according to him, “those who are really rich do not need any benefits and in most cases do not utilise them”.

At the moment, families in Slovakia receive various benefits. One of these is a child benefit of €23.10 per month for every dependent child younger than 25 years of age that is still a full-time student. They also get €199.60 per month in the form of parental allowance for every child younger than three years of age. If a family has twins or triplets, the payments increase by another 25 percent for each extra child, according to the Central Office for Labour, Social Affairs and Family (ÚPSVaR).

Parents can also ask for a contribution towards child care, up to a maximum of €230 per month. For this, parents must produce bills from a nursery or child-minder. If a family member cares for the child, parents receive only €41.10 a month.

Mothers can also get a childbirth allowance of €151.37 for every child which lives for at least 28 days. Furthermore, mothers can claim €678.49 as a childbirth bonus for each of their first three children, according to ÚPSVaR.

In addition to this, every employee or entrepreneur whose income does not exceed €2,026.20 a month can obtain a tax bonus of €21.03 per month, based on the law on income tax.

Last year the Labour Ministry spent a total of €2.053 billion. More than €947.2 million of this was spent on family benefits, of which €316.5 million went to the child benefit and €343.5 million to parental allowances. The ministry also paid €48.3 million on other forms of support for families, which included childbirth allowances, childbirth bonuses, contributions to parents to whom three or more children were born simultaneously, and funeral allowances, according to the ministry’s final accounts.

In order to save money, the Labour Ministry plans to re-evaluate the state social support system for families with children with the aim being “to administratively simplify the whole system and pass measures for its bigger addressability and higher effectiveness”, ministry spokesperson Michal Stuška told The Slovak Spectator.

One proposed way to cut spending is to set an upper income limit above which families will not be able to draw benefits. Though the ministry has refused to specify any amount, since interdepartmental negotiations are still continuing, the media has already reported two sums: €2,500 or €3,300 per month. The latter is the level at which individuals begin paying the higher rate of income tax.

Moreover, the ministry plans to stop paying the child benefit to families who have more than three children.

Another change would affect the childbirth allowance. While at the moment mothers receive the same amount for every child, the ministry plans to change this so that the benefit for the second and third child would be lower.

“It is more appropriate to support the first child, since this [is where] the highest costs, on a stroller, crib, clothes etc. [are incurred],” Labour Ministry State Secretary Jozef Burian told SRo, adding that payments for other children would be “adequately decreased”.

In order to determine the incomes of families, the ministry plans to use information from the UNITAS system, which is supposed to unify collection of taxes and levies. However, since its operation will probably start only in 2015, the ministry will in the meantime have to depend on income declarations, Burian said.

By the time UNITAS is launched, the Labour Ministry plans to cooperate with the Finance Ministry, and especially the Financial Administration (i.e. the tax authority), on preparing measures that will assess the income at which a family can be considered financially independent of state social support, according to Stuška.

“First and foremost we will sensibly consider the appropriateness of possible changes, and thus their social impact on individuals and families,” Stuška said, adding that targeting benefits should help those who really need support and are able to use it for the benefit of their children.

Ďurana expressed varied opinions about the two measures proposed by the government. While he considers income and property limits to be an effective tool, the proposed restriction based on the number of children would undermine the whole purpose of the benefit, he said.
According to him, a better solution would be the benefit’s abolition and a corresponding cut in taxes. However, since the government has a high deficit, a tax cut might be problematic, Ďurana added.

He also said that help for families with children should be organised at the local level and within communities.

Aside from the ruling Smer party, the SDKÚ has also come up with plans to reform Slovakia’s social benefits system. Kaník, together with his party colleague Viliam Novotný, submitted to parliament amendments to several laws whose aim would be to motivate people to work rather than just draw state allowances. The labour criteria would help to “distinguish people in their relation to state support”, Kaník told The Slovak Spectator.

According to the SDKÚ proposals, families would receive childbirth and parental allowances only when at least one of the parents worked for 270 days over a period of four years. The amendment would also allow for the possibility that parents instead study at secondary schools or universities. If either parent neither worked nor studied, the family would receive only 50 percent of the parental allowance, but no childbirth allowance, TASR reported.

The Labour Ministry rejected both proposals. Stuška said that the measures submitted do not even allow parents who are unable to find a full-time job but who work based on limited employment agreements known as “na dohodu”, or else do some kind of public works jobs, to receive the benefit.

The fact that the suggestions do not support such activities “increases the risk of poverty of families when a child is born”, Stuška said.