GLOBALISATION in production and trade has brought new challenges to logistics, which as a consequence has become so complex that some companies prefer to outsource this part of their businesses in order to focus on their core business activities, or to reduce costs. Outsourcing of logistics services in Slovakia is not as common as abroad, but foreign companies operating in Slovakia have established an outsourcing model which is being used increasingly by local companies. 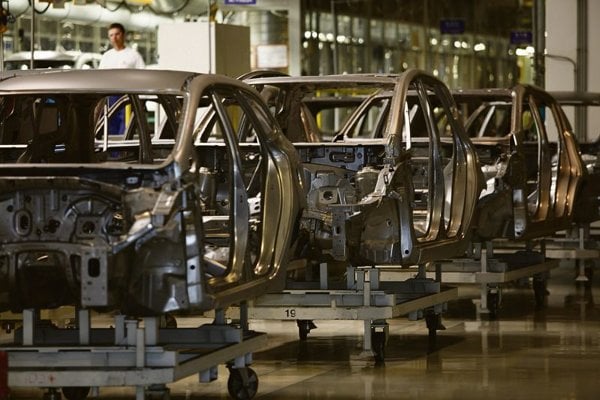 GLOBALISATION in production and trade has brought new challenges to logistics, which as a consequence has become so complex that some companies prefer to outsource this part of their businesses in order to focus on their core business activities, or to reduce costs. Outsourcing of logistics services in Slovakia is not as common as abroad, but foreign companies operating in Slovakia have established an outsourcing model which is being used increasingly by local companies.

“In the early 1990s outsourcing became a growing trend for companies in Slovakia in order to reduce complexity of business processes and focus on core business activities,” Milan Gjabel, the director of marketing and sales at Kuehne + Nagel in Slovakia told The Slovak Spectator. He added that market demand for new products and innovations, which resulted in faster product cycles but also increased competition from foreign regions, such as Asia, forced firms to change their company structure.

This also had an impact on the logistics concepts that companies had been practising up to that point. On the sourcing and distribution side, the flow of goods had to be streamlined and made more efficient. Gjabel added that new sourcing methods, such as JIT (Just-In-Time) delivery or JIS (Just-In-Sequence) services, were introduced in order to reduce stock capacity and limit warehouse space.

“Supplying companies had to react to those new concepts, and therefore it was inevitable to reflect outsourcing as another way to increase efficiency and to respond to the demand of international manufacturers,” said Gjabel, adding that the concept of shared warehouses found its way to the Slovak market, where clients share warehouse space with other companies but can take advantage of highly efficient distribution services.

However, in the last two to three years, the market for outsourcing has been stagnant due to the global economic crisis, according to Gjabel. It is mostly foreign investors of specific industries that are seeking outsourcing solutions in Slovakia and are even considering placing their regional distribution centres for western and eastern Europe in Slovakia, since local conditions are better than in the neighbouring countries.

Other logistics companies have confirmed increased interest in their services during economically difficult times.

“This interest can be observed especially in large and medium-sized companies, since in this way significantly higher synergies may be achieved,” Markus Jelleschitz, country manager of Gebrüder Weiss in Slovakia, told The Slovak Spectator.

Mária Džundová, country sales and marketing manager at TNT Express in Slovakia confirmed that interest in outsourcing logistics increased especially during the crisis-hit years of 2009 and 2010, when many companies saw it as a chance to reduce costs. The boom subsided in the following years, and currently demand for these services is focused especially on new projects and services.

Tomáš Horváth, sales and marketing manager at Gefco Slovakia, points out, however, that in Slovakia it is mostly large international companies with complicated supply chains that outsource their logistics. They adopt this practice from their parent companies abroad.

According to Gjabel, interest in outsourcing logistics in Slovakia depends mostly on foreign investments, which have recently dried up. A similar situation can be seen in neighbouring countries in central and eastern Europe.

“In countries with developed economies, such as Germany, France and the United Kingdom, outsourcing has a long history and changes happen mostly when exchanging contractors of outsourced activities,” said Gjabel. “In comparison to Slovakia, the situation is very different and outsourcing is still in the development phase. The positive sign is that outsourcing is continually progressing and the Slovak market is becoming more interested and aware of its advantages.”

“But carmakers have also brought their logistics partners,” Horečný told The Slovak Spectator. “As a consequence of the financial crisis the process of concentration of capital speeds up and international logistics companies, which are more resistant than small and vulnerable local logistics companies, are taking over their places on the market. In my opinion the share of outsourcing in Slovakia will be the same as it is in economically developed countries of Europe within several years. Its economic advantageousness, in particular, will secure this.”

Horečný believes that outsourcing of logistics is suitable whenever it brings some economic effect, while either the size of a company or the kind of business in which it is active does not play a role.

“Motivations for introduction and related positive effects may be different,” Horečný told The Slovak Spectator. “In the case of large companies these will be especially benefits in the field of transparency, spreading of risks and reduction of costs including investments costs. Small companies can use, especially, flexibility and organisational simplicity of outsourcing when starting or expanding its operation, while the high expert level of the operation is preserved.”
According to Gjabel, it is quite challenging to specify for which companies outsourcing is suitable and for which not. He sees outsourcing as suitable especially for manufacturing companies and companies which trade goods, but also for hospitals and hotels.

“The essential criteria when deciding about outsourcing are: the size of the company, the complexity of its logistics, and the costs associated with the activities that need to be outsourced,” said Gjabel. “Outsourcing in bigger companies is much more complex than in smaller ones. If we compare it, bigger companies have more room for cost reduction and process optimisation, and the know-how provided by a logistics partner is easier to apply. On the other hand, smaller companies usually use outsourcing to relieve ‘problems’ with logistics and concentrate on their core business.”

Horváth sees logistics outsourcing as being suitable for large companies with many suppliers and clients scattered around the world, which manufacture products with high added value and have high fixed but also variable logistics costs, as well as companies that use a greater variety of logistics options, e.g. ground, sea and air transport, storage, customs services and so on.

The scope of services that companies can outsource is extensive.

“In general, outsourcing of logistics includes all services which are in direct or indirect connection with sourcing and distribution,” said Gjabel.”

These services may include services from storage of goods to value-added services such as preassembling, assembling, packaging or repackaging, labelling, reverse logistics, preparation of parts and components for manufacturing, distribution and others. According to Džundová, traditionally, transport and storage are the most commonly outsourced services, while companies are increasingly considering outsourcing services with added value, like work done on the product itself, such as assembly or diagnostics.

Jelleschitz of Gebrüder Weiss agrees that logistics outsourcing may even result in the organisation of transportation chains while more and more companies are opting for complete outsourcing of large parts of supply chains to increase their own flexibility.

The experts put reduction of costs, the possibility to focus on the core business as well as access to services provided by professionals, as the biggest advantages of outsourcing of logistics. But Jelleschitz highlights that the company has to select a trustworthy and competent partner.

But some companies may see dependence on the provider of services as having an element of risk, said Jelleschitz.

Džundová recommends paying ample attention to the specific details of the services to be outsourced, indicators of performance and measurement of results, which should be assessed by the provider as well as the client.

Horváth agrees that the partial or complete loss over logistics operations is a disadvantage. This loss of control may lead to an assumption that there is no room for improvement and that this should be solved with properly set mechanisms of supervision.

“In may also happen that some sophisticated outsourcing solutions may be more expensive than when the company carries out the logistics on its own,” said Horváth.