IT outsourcing puts down roots in Slovakia

COMPANIES in Slovakia got a late start with outsourcing their information technologies compared with those abroad. While more experience, on the one hand, is feeding the increased interest in outsourcing, the current difficult economic situation has made companies more cautious when signing new IT outsourcing contracts. 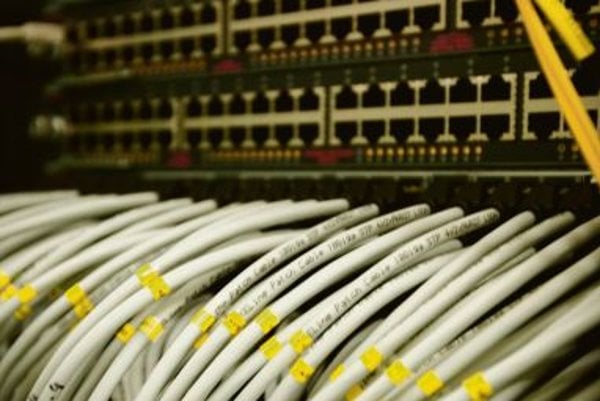 TIme to outsource your IT? (Source: Courtesy of GTS)
Font size:A-|A+  Comments disabled

COMPANIES in Slovakia got a late start with outsourcing their information technologies compared with those abroad. While more experience, on the one hand, is feeding the increased interest in outsourcing, the current difficult economic situation has made companies more cautious when signing new IT outsourcing contracts.

IT outsourcing has a place on the Slovak market, and it has fortunately evolved from being seen as merely trendy, into a viable and natural option, according to Rastislav Koutenský, CIO and director of the centre of IT outsourcing and authorised service at DATALAN.

He sees the advantages that outsourcing brings to clients, in particular, as being the possibility to pay only for services which they actually consume, and a high variability of consumption of services in terms of the technological level, availability or amount. A significant aspect is that clients gradually ‘mature’ for this way of usage of services.

“However, there still persists an incorrect way of assessment of IT outsourcing – most often from the financial viewpoint, when a typical mistake is comparison of the price of the service provided in the form of IT outsourcing only with the gross wage of workers of their own IT department,” said Koutenský.

Another challenge he sees is preparation for IT outsourcing on the side of the client.
“Even though the quality of documents has been increasing from one year to the next, there are still some cases in which the clients are unable to correctly specify their needs,” said Koutenský. “But with this I see room for IT outsourcing providers to help clients get oriented, especially when choosing not only an outsourcing partner but also when defining the parameters of a provided service.”

Martin Rudický, business development manager at Hewlett-Packard Enterprise Services in Slovakia, sees the main challenge as coming from the current economic environment, which is characterised by an increased level of uncertainty.

“Although IT outsourcing is in general capable of decreasing operating costs, senior executives are not willing to enter typically long-term partnerships and sign appropriate contracts with providers, as they are uncertain as to how their core business will perform in the foreseeable future,” Rudický told The Slovak Spectator. “Another challenge is related to the fact that quite a substantial amount of companies have their IT infrastructure located abroad and are subject to the IT policy defined by their mother companies. Therefore local efforts to develop modern IT outsourcing could be influenced by decision makers based abroad.”

Michal Broska, the director of consulting at PosAm, considers the decreasing price of services caused by an excess of capacities as probably the biggest challenge which providers currently face. In addition to this, he points to fundamental technological changes, like cloud services, which are arriving on the market.

The challenges providers of IT outsourcing services face in Slovakia do not differ significantly from those abroad.

“The world of IT is so interconnected that nowadays there does not exist any difference in availability of technologies in Slovakia or in the world,” Koutenský said. “Thus trends that emerge abroad are almost immediately brought onto the Slovak market as well, and service providers respond flexibly to these changes.”

At HP in western Europe, they see IT outsourcing and cloud services as a key vehicle in improving the efficiency of government services. In the commercial sector companies are often still using outdated legacy IT systems, which are due for replacement, while within Slovakia they have not yet recognised this as a big driver for outsourcing projects, according to Rudický.

When looking eastward they see continuous economic growth, which drives the potential for outsourcing IT, as companies increasingly want to focus on their core activities. But as these markets are not as mature yet, the challenge lies in the ability of service providers to convince their potential clients that IT outsourcing is a concept that will benefit both parties involved.

Broska sees differences in the volumes of contracts, but also in the depth of experience, when comparing Slovakia with abroad.

“Foreign companies are a bit more experienced; they started with outsourcing significantly earlier,” said Broska, adding that some of them have already advanced to multisourcing.

Gustáv Budinský, executive manager of the Slovak ITS Association (ITAS), sees the lack of technically educated people and increasing wage costs to be the biggest challenges to IT outsourcing in Slovakia. He points out that in Asia technical education is considered to be a gateway to a well-paid job, and that the number of students at technical universities keeps growing and their wage costs make up one third or less of that in Slovakia. In the west the situation is comparable with Slovakia.

Interest in IT outsourcing up

IT experts expect the interest in IT outsourcing to increase or remain steady.

“Interest in outsourcing of IT services in Slovakia is certainly growing; also cloud solutions are occurring,” said Budinský, adding that the factors behind this interest are not changing significantly. He sees the main difference as being bigger pressure on costs linked with the ongoing crisis in Europe.

DATALAN has been witnessing efforts by companies to save costs for several consecutive years while, paradoxically, this has been demonstrated in two different ways, according to Koutenský. The first is the increasing interest of companies in IT outsourcing, while the second one is the opposite, when companies are winding down cooperation in the form of IT outsourcing and secure IT on their own with the aim of lower costs.

“Alas, in many cases this is a consequence of misunderstanding or incorrect usage or assessment of outsourcing,” said Koutenský. “This phenomenon confirms the underestimation of the importance of proper preparation … on the side of the client, especially with defining the needs and parameters of the services provided.”

Koutenský in general expects that interest in IT outsourcing will increase, while in the technological field the topical theme is the usage of cloud services and replacement of a company’s own “physical hardware” with a service provided by an external provider.

According to Rudický, the economic crisis, which emerged almost five years ago, has caused the outsourcing market to remain steady.

“Customers are more or less interested in renewals of existing contracts, but are afraid to enter new endeavours,” said Rudický.

Broska confirms that IT outsourcing in Slovakia entered its second wave in the last two years as contracts signed during the first wave, which happened during the last decade, have lapsed and clients have launched the second round. And within the second wave, clients who thus far had no such ambitions, have also became interested. He offers large tenders carried out over 2012 as proof.