THE END of the skiing season in the High Tatras was marked by the symbolic burial of the “Solisko SKI.” The mock-solemn event was observed near the end of April after a mere 127 days of skiing. 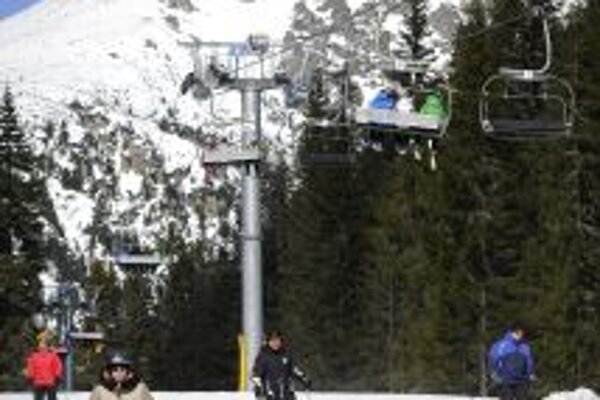 THE END of the skiing season in the High Tatras was marked by the symbolic burial of the “Solisko SKI.” The mock-solemn event was observed near the end of April after a mere 127 days of skiing.

“In Štrbské Pleso, the skiing was unlimited until April 21. After that, the ski lifts operated only on weekends,” Milan Štefánik, the hotelier of the Chalet under Solisko told the SITA newswire. He added that if all goes well, skiing could continue well into May in the most Tatra resorts.

The chairman of the Volunteer Corps of Tatra Mountain Rescue Service, Jaroslav Švorc, told the TASR newswire that this winter’s season began with fewer skiers but by January the resorts were full, with some slopes even being overcrowded. This was reflected in the number of injuries. “Compared to last year, the number of injuries increased by 15 percent, including an increased rate in serious ones,” Švorc said.

Part of the “burial” ceremonies included a helter-skelter competition, called Krčmár Skap / Die, Publican. “The task there is to complete the three-kilometre course either on foot, skis, snowshoes or on cross country skis. The tricky part is that all contestants are required to throw down hefty portions of a local alcoholic concoction called Tatra Gentian as they compete,” Štefánik informed SITA. “Luckily we had good weather and I am happy to say everybody made it to the finish.”

About 130 people participated in the burial while 36 couples competed in the race.