THE TRAMS that run under Bratislava Castle are running again. The tunnel was closed in February 2012 due to unsafe conditions. 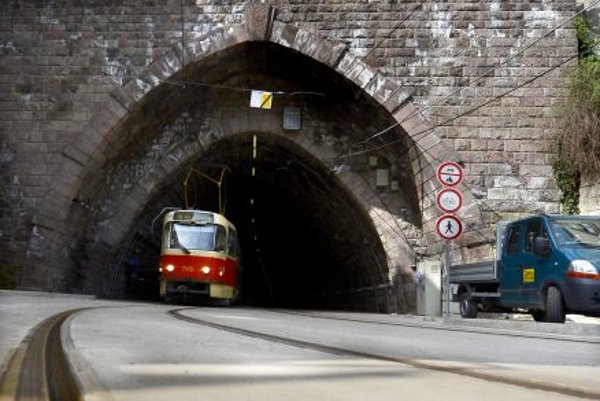 THE TRAMS that run under Bratislava Castle are running again. The tunnel was closed in February 2012 due to unsafe conditions.

It had been originally shut down for reconstruction in 2010, but only the tram tracks were worked at that time.

The February closing was made necessary by the discovery of cracks in the wall lining of the tunnel that could have threatened the safety of trams. “First the earth behind the wall linings was fortified with concrete grouting,” Head of the Slovenské tunely / Slovak Tunnels company Peter Ondroušek explained to the SITA newswire. “The tunnel is stronger we have limited the seepage of water into the tram wiring.” He added that altogether, 16 tunnel sections were repaired, two in 2012 and 14 this year.

“The work was delayed because of discussions involving the methods of granting of the tender by the Public Procurement Office,” Ondroušek continued, “was not begun until October. Although preliminary research and the actual work cost the almost €2 million, only 16 of the totally 81 sections were repaired so water seepage could remain a problem.”