SLOVAKIA’S unemployment rate, hovering just below 15 percent, is the highest it has been in nine years. Predictions by experts for improvement this year are not encouraging. The Labour Ministry has therefore prepared several changes to the law on employment services, which will affect the aid that labour offices provide to preserve existing jobs, and is to provide the unemployed with better access to jobs. Nevertheless, the opposition suggests that the changes will do nothing to solve the high unemployment rate. 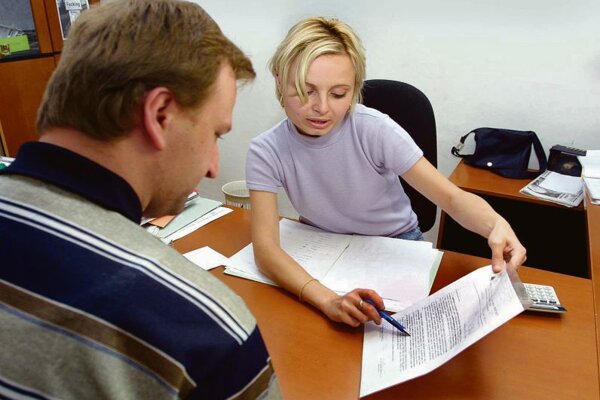 SLOVAKIA’S unemployment rate, hovering just below 15 percent, is the highest it has been in nine years. Predictions by experts for improvement this year are not encouraging. The Labour Ministry has therefore prepared several changes to the law on employment services, which will affect the aid that labour offices provide to preserve existing jobs, and is to provide the unemployed with better access to jobs. Nevertheless, the opposition suggests that the changes will do nothing to solve the high unemployment rate.

The ministry argues that it was necessary to revise the law, which came into effect on May 1, because “the labour market, stricken with crisis, needs another form of help than that which was applied before,” said Michal Stuška, the spokesperson for the Labour Ministry. He claimed that the changes will help to address unemployment in Slovakia.

Several of the changes affect people registered with labour offices. For example, the amendment abolishes 11 state subsidies offered within labour market policies, and seven other forms of aid will no longer be automatically available to people who were eligible for them in the past. Moreover, the amounts of several other forms of aid have been decreased.

The ministry has, however, restored subsidies for companies that preserve existing jobs after these companies fulfil specific conditions. This subsidy was previously offered from March 2009 until the end of 2011.

The new law will no longer require the unemployed to visit the labour office once every month, and sets stricter conditions for re-listing those who were registered at the labour office in the past, but who failed to cooperate with the office’s terms, and were therefore removed from the register. It also establishes regional committees that will decide which applicants will receive contributions.

According to Stuška, the amendment will support activities that will gradually help to shrink the number of jobless, allow schools to respond flexibly to the needs of the labour market and motivate the unemployed to find jobs and keep them.

Yet the opposition is not very optimistic about the changes, saying that they will actually result in an increase in unemployment and favouritism.

“This law creates an environment for corruption and cronyism, since the tools, which were automatic, have been moved into the hands of office workers and nominees of the one-party government, who will now decide whether or not someone will get this contribution,” said Ivan Štefanec, MP for the Slovak Democratic and Christian Union (SDKÚ), as quoted by Slovak Television (STV), during the parliamentary debate held in March.

Michal Páleník from the Employment Institute (IZ) says that the amendment lacks several crucial changes that should have been applied to the active labour market policy.

“It is some kind of technical amendment which has codified a certain state, which has already existed here,” he told The Slovak Spectator.

Moreover, in his opinion, the government spends very little on its active labour market policy. For example, in 2012, only 10 percent of the unemployed used the tools offered within the active labour market policy, while contributions stood at only €1.30 per unemployed person, Páleník said.
Therefore, he continued, there is little reason to decrease this kind of support. Conversely, in his opinion, the government should consider the contributions as an investment in human capital, and increase the sums allocated for jobseekers.

Several forms of employment assistance that were once offered automatically are now contingent upon certain criteria. Only five forms of assistance remain guaranteed: for communal work, for those who assist disabled people with their work, for the operating costs of sheltered workplaces and for commuting and relocating for work, SITA wrote.

Such changes bring “the possibility of better management of employment services regarding the specific conditions of individual regions”, Stuška explained, adding that thanks to these changes, labour offices will be able to help jobseekers more effectively.

In addition to this, the ministry has restored a subsidy for preserving existing jobs at companies whose employees face reduced working hours. Companies who apply for the subsidy must prove that they have preserved the jobs for at least three months. The law stipulates that the subsidy will cover up to 50 percent of the average monthly wage.

Some changes also affect aid for on-the-job graduate training. Graduates who apply for on-the-job training must now only work in the field in which they studied. Moreover, the amendment abolishes the 26-year age limit for those applying for this assistance, and decreases the amount of the aid to 65 percent of the minimum subsistence wage, SITA reported.

The Labour Ministry will also establish the Committee for Questions of Employment, located at the labour offices, which will decide who is eligible for assistance in order to make the system more selective. The committees should minimise subjectivity when making decisions over who will receive the assistance, Stuška said, adding that their decisions will be published on the labour office’s website.

Yet, Páleník says that subjectivity should be a factor when deciding over allocating state aid. People who look at the submitted applications always have to assess whether or not they are sustainable, or whether the assistance will actually help the applicants, he explained.

The IZ also presented several changes that it said should be made to the active labour market policy. One of them is to make individual action plans for the unemployed more effective in order to increase their chances of finding a job. The plans should provide for jobseekers with a clear vision of the immediate future and their preparation for the needs of the labour market, according to the IZ website.

The IZ also proposed to abolish aid for on-the-job graduate training, and to substitute it with ordinary work agreements that last indefinitely, which means that the graduate will be treated as an ordinary employee. The employer will then receive a small contribution to cover part of the labour costs during the first six months, Páleník explained to The Slovak Spectator.

Another proposed change is to establish the so-called inclusive market in order to fight long-term unemployment, which the IZ says would provide fixed term contract jobs for people who have been without work for more than 12 months. This policy could employ about 50,000 people, Páleník said.

“The aim is to let them achieve some real work experience, thanks to which they would be able to find an ordinary job on the labour market,” Páleník added.