THE EUROPEAN Union has devised an ambitious plan to create an integrated banking union for Europe, with EU leaders viewing the strengthening of the economic and monetary framework as a remedy for the current financial crisis. Slovakia, as a member of the eurozone, is supporting and participating in this process. 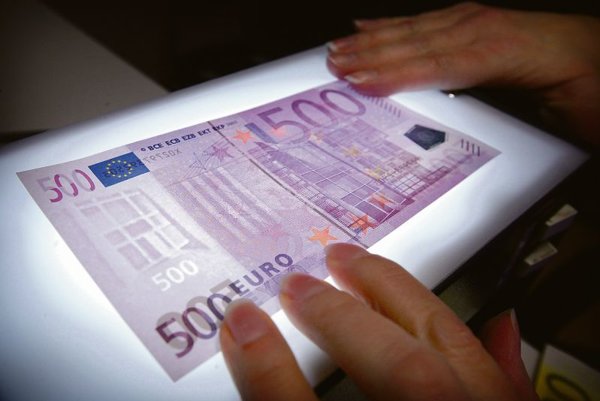 THE EUROPEAN Union has devised an ambitious plan to create an integrated banking union for Europe, with EU leaders viewing the strengthening of the economic and monetary framework as a remedy for the current financial crisis. Slovakia, as a member of the eurozone, is supporting and participating in this process.

“Experiences from the debt crisis have shown the need for deeper integration within the Economic and Monetary Union,” Radko Kuruc, adviser to the finance minister, told The Slovak Spectator. “The Slovak Finance Ministry believes that the creation of a banking union would limit occurrences of similar crises in the future,” Kuruc said, adding that the aim is to break the link between the unstable banking sector and national budgets, which has so far played a significant role in the debt crisis in the eurozone.

Both the Finance Ministry and the country’s central bank, the National Bank of Slovakia (NBS), support the creation of a banking union.

The NBS views efforts to launch the banking union, with the aim of mitigating future crises among financial markets, as one of the core unifying activities of the EU, Petra Pauerová, the NBS spokesperson told The Slovak Spectator.

The Slovak Republic has been actively participating in integrating efforts at the EU level.

“From this point of view we support carrying out such measures in the single European market, whose result will be the creation of a legislative framework, which will secure a sufficient rate of confidence and stability in internal markets of the EU,” said Kuruc.

The Finance Ministry sees the creation of an integrated financial framework called also the banking union to be one of these measures.

“The aim is to create sufficient conditions and preconditions for adhering to the rules, which in the end would support stability on financial markets and reduce the probability of future systemic crises in the financial sector,” said Kuruc.

The second pillar is to create a trustworthy and functional mechanism which – in the event of the collapse of financial institutions – will be able to reduce the impact on financial markets and taxpayers as much as possible. The third pillar will be the creation of a sufficiently robust system to protect deposits.

On one hand, these would reduce the risk of bank runs, and on the other hand, they would secure the protection of ordinary citizens in the event that financial institutions were to collapse, said Kuruc.

The economic think tank INESS sees the banking union as a step towards a more centralised eurozone.

“We can perceive two partially contradictory themes,” Martin Vlachynský, an analyst with INESS, told The Slovak Spectator. “The south [of Europe] places great hopes in expecting that the banking union will help them to solve problems with their sick banking sectors. The ‘core’ [i.e. Germany and some other smaller countries, for example Finland] hopes that unified supervision and rules will help prevent a costly rescue of the periphery’s banks in the future.”

According to Vlachynský, the positive aspects of the banking union are its efforts to solve the problems of banks before it is too late, for example, via forced restructuring by a central authority, which would not have such a strong link to the interests of local governments. These are part of the so-called first pillar, i.e. the single rulebook and the single supervisory mechanism.
The second two pillars, i.e. the single deposit guarantees fund, from which clients of failed banks would be compensated, and the resolution fund, which would provide aid to struggling banks, would mean that healthier and more responsible banks would pay assistance to irresponsible banks, said Vlachynský.

“The Slovak banking system belongs among the healthier [systems] within the EU, thanks to costly restructuring, which Slovak citizens paid from their own pockets at the turn of the century,” said Vlachynský. “Thus there is a risk that Slovak banks, and thus also Slovak savers, might [have to] participate in the rescue of banks abroad in the future.”

The Slovak Finance Ministry believes that such a set system should secure long-term stability on financial markets.

“From the viewpoint of Slovakia we can say that the Slovak banking sector as a whole is stable, trustworthy and healthy over the long term,” said Kuruc, adding that the Finance Ministry therefore does not expect any problems in Slovakia when introducing the individual pillars of the banking union.

According to Vlachynský, two of the approaches toward the creation of the banking union will be a source of great political friction.

“Problematic states will be glad when the banking union helps them to solve their problems with banks … with money from other countries,” said Vlachynský, adding that on the other hand, the core EU countries would like to see problematic countries restore their banks before the banking union is launched.

The Slovak Banking Association believes that creating and enforcing a unified set of rules applicable to all banks across the eurozone is, at the very least, an essential prerequisite for the creation of a single market. This pertains not only to regulation, but also to protection of deposits and so-called resolution funds, Monika Klobušická, the spokesperson of the Slovak Banking Association, told The Slovak Spectator.

EU leaders agreed last June to strengthen the economic and monetary union as one of the remedies for the current crisis. Creation of a single supervisor to oversee the region’s systemically important banks is nearing completion, with EU member states having agreed on the establishment of a new single EU bank supervisor in mid April. The single supervisor is scheduled to start operating under the European Central Bank in the summer of 2014, while establishment of other pillars, and thus also the banking union itself, would necessitate further political agreements.