SCRAP yards will no longer be able to buy scrap metal from individuals; plastic, glass, paper and iron will no longer be thrown into landfills, but collected under a waste separation programme instead; and producers and importers will carry more responsibility for the fate of their products and packaging: this is the Environment Ministry’s vision of a more environmentally friendly Slovakia, as detailed in draft legislation on waste policies. The draft also foresees the dissolution of the Recycling Fund, which collects fees from importers and producers of certain commodities and then uses these funds to support waste collection and recycling projects. 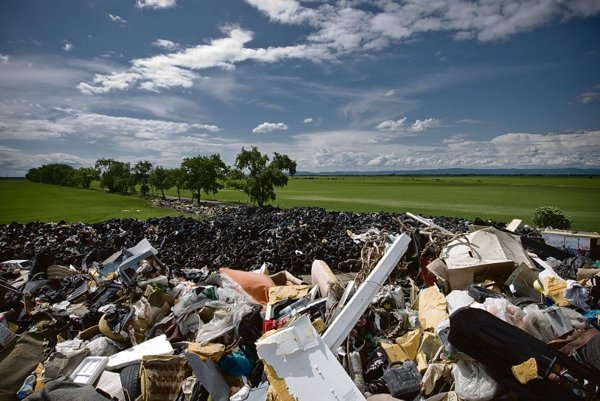 SCRAP yards will no longer be able to buy scrap metal from individuals; plastic, glass, paper and iron will no longer be thrown into landfills, but collected under a waste separation programme instead; and producers and importers will carry more responsibility for the fate of their products and packaging: this is the Environment Ministry’s vision of a more environmentally friendly Slovakia, as detailed in draft legislation on waste policies. The draft also foresees the dissolution of the Recycling Fund, which collects fees from importers and producers of certain commodities and then uses these funds to support waste collection and recycling projects.

While Environment Minister Peter Žiga has called the plan a road to “a modern European legislation on waste policies”, towns and villages are unhappy with the prospect of eliminating the Recycling Fund and call for a stronger ‘polluter pays’ model. A former environment minister, who praised the idea to kill the fund, commented that the draft would not clean up the mess in Slovakia’s waste management, the SITA newswire reported.

“The core of the new philosophy is that considerably less waste ends up in landfills,” Environment Ministry spokesperson Maroš Stano told The Slovak Spectator, when commenting on the draft, which should become valid in 2014 after it is approved by the cabinet and parliament.

According to Žiga, the changes would also make the whole system of waste management more transparent, while waste management companies would no longer continue to expand in Slovakia and would operate under the authority of the Environment Ministry, SITA reported.

However, Martin Valentovič of environmental watchdog Friends of the Earth responded that even if the best law in the whole of Europe is approved here, it is important to have some kind of regulator that will monitor the law and make sure that it is respected.

“We see that in this area the state is still limping,” Valentovič told The Slovak Spectator.

The dawn of the Recycling Fund

The new legislation will put more responsibility on producers and importers for their waste, without limitations, and thus the Recycling Fund will no longer be necessary, as it absorbs fees but carries no responsibility, according to the minister.

The fund was created back in 2001 and in recent years several groups active in waste management as well as in industry have called for its cancellation, arguing that it played a role in the early stages of the development of recycling capacities, but is no longer needed. Žiga argues that Slovakia’s recycling capacities are sufficient now and maybe even excessive, and that the fund is an unsystematic element, SITA wrote.

However, towns and villages are not happy about the prospect of seeing the fund go. Until the state finds a different way of financing waste separation, the Association of Towns and Villages (ZMOS) disagrees with the cancellation of the Recycling Fund, Viera Krakovská, its deputy chairwoman, told The Slovak Spectator.

Towns and villages would like the new legislation to define the responsibilities for importers and producers, for example, based on the EU’s ‘polluter pays’ model, Krakovská said, adding that it is necessary to find a model that would not result in citizens or municipalities overpaying for waste separation.

“This law must not yield to logistics groups but rather Slovakia’s reality,” Krakovská told The Slovak Spectator.

For environmentalists, whether or not this fund will exist is not the key issue, Valentovič said, adding that “for us the important thing is that after its dissolution someone takes [its role] over”.

Nevertheless, according to Valentovič, the Recycling Fund has had its roles, “some worse and some better”, but such a fund is unavoidable.

As for how the state could ensure that producers and importers of goods assume responsibility for their waste, Krakovská suggested that those who primarily produce or import packages – which later become waste – should create an organisation which would then work on their behalf, and with which the municipalities could make agreements.

Stano of the Environment Ministry says that currently the Recycling Fund partially covers the waste-related expenses of municipalities. After the new system is introduced, producers and importers will cover all costs linked with the collection, processing and recycling of waste, regardless of the volume, Stano added.

It will be important for the municipalities to negotiate, through their collective organisation, conditions so that the containers for separated waste collection are accessible and that the waste is removed with sufficient frequency, Stano added.

In order to use the existing capacities, the storage of plastic, paper and iron should be banned from landfills. The municipalities will create space where the producers and distributors would take over the waste. According to Žiga, it is unacceptable that 85 percent of municipal waste ends up in landfills, SITA reported.

The Federation of Employers’ Associations (AZZZ) however called on the government to withdraw the draft from interdepartmental review, arguing that it is not compatible with the constitution and EU regulations on waste, and its application would result in the liquidation of companies and waste collection enterprises established in Slovakia, according to SITA.

The AZZZ said the draft includes provisions which will prevent free trade and thus discriminate against Slovak industry and the economy. The organisation worries that the revision will prevent domestic processing companies from purchasing raw scrap materials, which the AZZZ calls an absurd approach, suggesting that neighbouring countries have a much friendlier arrangement with these companies.

One of the problems, as identified by the ministry, is the lack of transparency in how waste moves in Slovakia and, thus, the ministry will create a new information system, which Žiga says is one of the most complicated tasks. Another ambition is to combat illegal landfills.

“These are criminal acts, which the Environment Ministry is unable to solve,” Žiga said, as quoted by SITA, adding that what the ministry is able to do is create conditions which will prevent the spread of illegal landfills.

According to Krakovská, the municipalities have serious problems with abandoned waste, but since they have created conditions for the collection of any waste on their territories, the citizens have no reason to deposit this waste in nature.

As for changes in the state’s waste policies that Krakovská would welcome, she listed the environmental education of citizens, citing Switzerland as an example she would want Slovakia to follow.

“I of course would be glad if the law does not make it possible to export our waste, which could be recycled in Slovakia, and we have the capacities to save jobs,” Krakovská told The Slovak Spectator.
The ministry will also propose a complete ban on the purchase of scrap iron, since it believes that 80 percent of this waste comes from criminal activities. Krakovská agrees that perhaps one of the most discussed problems is the purchase of scrap metal because the metal is often stolen to be sold at these yards. Mostly manhole covers are stolen, Krakovská explained, adding that it represents an untaxed income, while it also poses a threat to the population.

Former environment minister József Nagy said that the draft does not address funding of separated waste collection in small villages, of which there are around 1,500 in Slovakia, and how citizens will be motivated to separate waste. Nagy welcomed the cancellation of the Recycling Fund but said that it does not solve the problems or the mess, SITA reported.

“Until a central body for the control of finances and real movement of waste in Slovakia is created, our landfills will look like waste dumps in developing countries, full of dangerous plastic, glasses and rotting food,” said Nagy as quoted by SITA.

“Citizens will be motivated to separate waste by the fact that the more waste they separate and deposit into special containers, which will be handled free of charge by the producers and importers, less waste will remain to be deposited into containers for municipal waste, while the costs of handling these will be translated into local fees,” Stano told The Slovak Spectator.
The ministry would support municipalities interested in developing a shared waste collection facility.