SIMPLIFYING tax forms should save the state 3.9 million pages of paper. This, along with other measures that should make filling out tax return forms easier and less time-consuming for some companies and individuals, are among the planned changes recently announced by the Finance Ministry. The changes that the ministry presented on May 28 concern 10 laws. 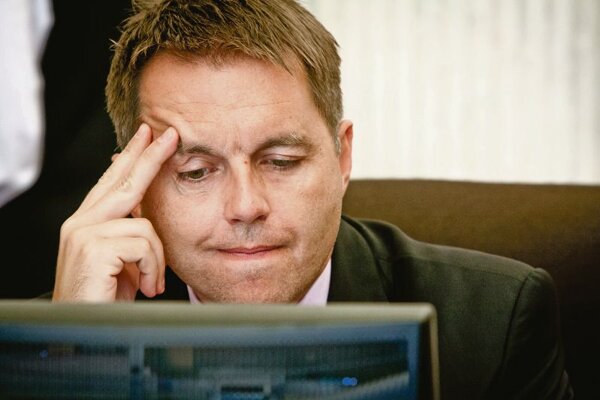 SIMPLIFYING tax forms should save the state 3.9 million pages of paper. This, along with other measures that should make filling out tax return forms easier and less time-consuming for some companies and individuals, are among the planned changes recently announced by the Finance Ministry. The changes that the ministry presented on May 28 concern 10 laws.

“From the viewpoint of measuring administrative costs that the companies have to pay, the Act on Bookkeeping was evaluated as being among the most demanding,” Finance Minister Peter Kažimír told the press conference as quoted by the TASR newswire.

Changes to this law submitted by the ministry for interdepartmental review should positively affect approximately 60 percent of businesses, according to the ministry. The proposal enables companies that fulfil at least two out of three conditions to use a simplified version of accounting, which features only eight as opposed to the current 45 pages. The conditions are: assets of no more than €350,000, maximum revenues of €700,000, and a maximum of 10 employees. Additionally, small businesses will not be required to keep price evidence, according to the Sme daily.

Additionally, tax subjects will only be required to submit their accounts once a year, together with their tax return.

Registering for taxes should also be made easier for companies. The tax office will not require them to provide data that the state can obtain from its own sources, as well as data that the state currently collects but does not actually use. These include information about statutory bodies of companies and confirmation that the company doesn’t have debts with the customs office, TASR wrote.
Companies will also be required to carry out inventories of their property less frequently, with the ministry planning to prolong the term to four years from the current two.

The ministry also wants to introduce the possibility to pre-book a mistakenly performed payment. In such cases the company in question won’t be sanctioned for delayed payment, TASR wrote.

Some changes should also be made to the blacklist of businesses that owe the state VAT payments. Currently, the blacklist features around 2,000 VAT-payers, but in one month’s time it could swell to some 9,000, according to Sme. The Financial Administration should, however, address companies and allow them to pay their VAT debts before putting them on the blacklist. Once on a blacklist, it is practically impossible for a company to be erased, according to Sme, even in the event that they later settle their debts.

In order to improve Slovakia’s business environment the Finance Ministry is also considering introducing the institute of binding statements in the area of taxes. In practice this would mean that companies are able to request an interpretation of measures concerning income tax, VAT and excise taxes. The authorities would then provide a binding statement in return for a fee, which the minister made clear could be substantial.

“We hope for greater legal security for the state, but mainly for the business public and for investors,” Kažimír said, as quoted by TASR.

Recently passed new rules for establishing a limited liability company, to become effective in October 2013, will require a deposit of at least €5,000 in a bank until the state office registers the new company.

The government is proposing this change (created by the Justice Ministry) so that business partners will have a better chance of getting their money back from an indebted company.

However, according to Sme, a single day after being officially registered, the company can withdraw the money and spend it on office supplies. On the other hand, the step will make it more difficult for people who want to start a business with less money, forcing them to borrow money, Sme wrote.