How to better harness Slovakia's beauty

EVEN THOUGH Slovakia is a landlocked country, it has all the necessary attractions, with the obvious exception of ocean beaches or sea ports, to make it a popular tourist destination. But it has so far failed to harness its abundant beauty in a way that lures more tourists, even though tourism is one of the key sectors in the economies of many developing and developed countries. The Ministry of Transport, Construction and Development is, however, preparing a new strategy to further the development of tourism in the country. 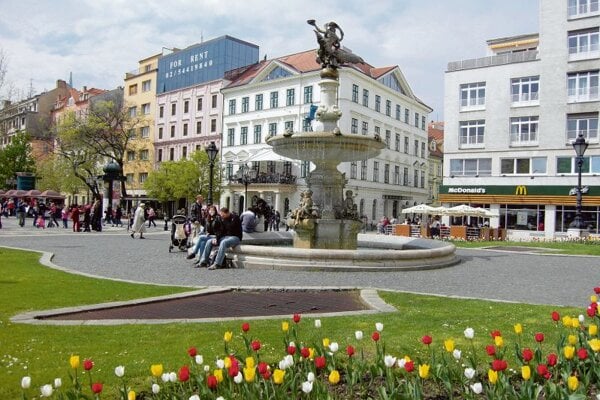 EVEN THOUGH Slovakia is a landlocked country, it has all the necessary attractions, with the obvious exception of ocean beaches or sea ports, to make it a popular tourist destination. But it has so far failed to harness its abundant beauty in a way that lures more tourists, even though tourism is one of the key sectors in the economies of many developing and developed countries. The Ministry of Transport, Construction and Development is, however, preparing a new strategy to further the development of tourism in the country.

“The aim of the Strategy of Development of Tourism in Slovakia until 2020 is not only to improve the promotion of Slovakia abroad, but also to improve the provided services, and in this way instigate the growth of this sector,” Martin Kóňa, the spokesperson for the Transport Ministry, told The Slovak Spectator. “One of the main goals of the strategy is to improve destination management and to adjust it to the current needs of subjects doing business in tourism.”

The ministry also wants to establish a unified quality evaluation system in Slovakia, which, along with categorisation of accommodation facilities, will help to improve the quality of services provided.

“With this we want to link up to the initiative of the EU and the experiences of developed countries, for example Switzerland and Germany,” said Kóňa, adding that the ministry is also working with the Education Ministry to improve the education of workers and experts in tourism.

The ministry will submit the strategy to the cabinet for approval in late June; the draft is currently being revised. The ministry, for example, is working on a new marketing strategy and is preparing a revision to the law on support for tourism.

The Slovak Tourist Board (SACR) considers elaboration of a strategy as inevitable for setting the direction of the development of tourism in Slovakia.

Marta Kučerová, SACR’s general director, told The Slovak Spectator that it should define the visions, goals and tasks of the state in tourism for the given period, and facilitate cooperation with the private sector to enable tourism to contribute to the national economy.

SACR cites as the most beneficial measures proposed in the strategy the introduction of systems for evaluating the quality of services; removal of administrative obstacles for conducting business; support for development of bicycle, water and hiking tourism; and marketing in support of tourism. In addition to the proposed measures, it would like to create a system to secure strategic and conceptual financing of marketing and state promotion of Slovakia.

The Slovak Tourism Association (ZCR) participated in the creation of the strategy, and input from its members has been incorporated into the draft. The ZCR points out that the Ministry of Transport, Construction and Development sees the creation and launch of the national programme as the main key to an increase in the quality of services.

“We agree with this programme, but introduction of such a national programme is a long-term matter and results linked with this activity in the form of an increase in competitiveness can become evident only later,” Marek Harbuľák, the ZCR president, told The Slovak Spectator.

The ZCR simultaneously sees a bigger need to stimulate tourism in Slovakia because statistics show that Slovakia lags behind its neighbouring countries in several fields, in spite of a moderate increase over the last two years, according Harbuľák.

It proposes to add two measures to those already proposed in the draft strategy: to introduce holiday vouchers as a way to stimulate demand for domestic tourism, and to reduce the value-added tax (VAT) on accommodation and restaurant services in order to increase competitiveness among businesses providing services in tourism in Slovakia.

The Ministry of Transport, Construction and Development discussed the introduction of holiday vouchers in the past, but the proposal was rejected at that time.

“The possible introduction of the vouchers and reduction of VAT on services provided in tourism are conditioned by an agreement with the Finance Ministry as the creator of the state budget,” said Kóňa.

According to Kučerová, reduction of VAT and introduction of vouchers are justified, but firstly it is necessary to quantify their real contribution to the economy and development of tourism.

Tourism made up 2.5 percent of Slovakia’s GDP in 2011, but in the EU it averaged 5 percent of GDP, indicating that there is a lot of room for tourism in Slovakia to grow.

The Construction Ministry sees strong competition as one of the main obstacles to developing tourism in Slovakia.

“We have huge natural as well as cultural-historical richness, but it is necessary to realise that we are fighting for tourists with several countries with comparable potential and many times more known destinations,” said Kóňa. “Nevertheless, recent months have shown that the position of Slovakia’s tourism has been gradually improving, [as well as] its perception abroad. This is reflected in high positions in several prestigious tourism rankings.”

Here he cited Slovakia’s fifth-place ranking in the list of top countries compiled by Lonely Planet for this year. Lonely Plant, the biggest publisher of travel guides in the world, also listed the resort Jasná as the seventh best winter destination in Europe. The US news channel CNN has listed Košice as the third best tourism destination of 2013. In this respect, Kóňa also highlighted Bratislava’s hosting of the prestigious international wine competition, Concours Mondial du Bruxelles, this May.

Kučerová sees as the main obstacles a lack of tourist infrastructure, differences in the quality of services provided in towns and regions, insufficient flexibility in the provision of services and unwillingness to adapt to the requirements of guests. On the other hand, she pointed to the low purchasing power of Slovaks, insufficient care for cultural heritage and weak focus on current trends in tourism on the part of businesses active in the sector.

Harbuľák of ZCR points to the high burden of income and payroll taxes laid on businesses in tourism in Slovakia.

Another obstacle is insufficient promotion of the regions, as well as of Slovakia as a whole, said Harbuľák.

“SACR has been reducing this deficit with its current activities; however, given the increasingly competitive environment that we see in neighbouring countries which, apart from long-term and active promotion, also create other conditions for the development of tourism, this will also be a tough job in the upcoming years,” said Harbuľák. “In this respect it is very important that financial means are secured for promotion of the country over the long term.”