The prospects for convention tourism

SLOVAKIA is aiming to become a popular destination for incentive tourism. Bratislava remains the main destination for conventions, but the Slovak mountains have become an increasingly attractive location for corporate clients too. Recent investments have brought new facilities and better services, and further investments are in the pipeline. 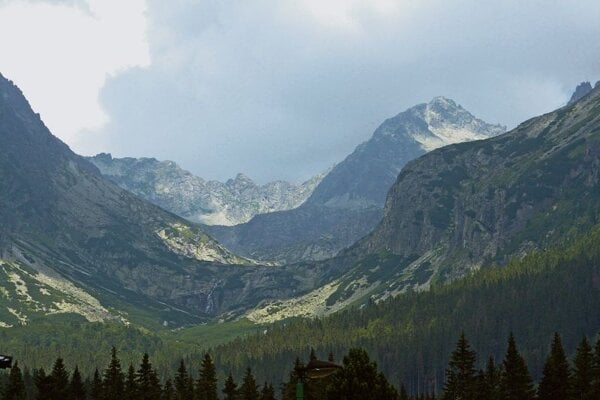 SLOVAKIA is aiming to become a popular destination for incentive tourism. Bratislava remains the main destination for conventions, but the Slovak mountains have become an increasingly attractive location for corporate clients too. Recent investments have brought new facilities and better services, and further investments are in the pipeline.

“The capital, Bratislava, remains the number one convention destination,” Marta Kučerová, general director of the Slovak Tourist Board (SACR), told The Slovak Spectator. “Suitable conditions for the development of MICE tourism have also been created in Košice, the High Tatras, Žilina and Trnava. Historical and spa towns and mountain resorts are suitable for smaller conferences, seminars and training.”

The MICE (meetings, incentives, conferences and exhibitions) tourism sector has grown over the last two years. This was reflected in the ranking of the International Congress and Convention Association (ICCA), according to Kučerová. In 2012, a total of 11,156 so-called association events were held worldwide, an increase of 1,086 compared with 2011. Slovakia improved its international position with a rise in the number of such events organised here from 15 to 32, pushing the country from 71st to 57th position.

Looking to the future, Kučerová expects a continuing increase in corporate events at MICE destinations across Slovakia. Among the events to be held in the near future she listed a meeting of World Bank representatives in early June in Bratislava. In the summer the Slovak capital will host the launch of two new Nissan models, attracting an estimated 10,000 visitors over two months. And in early October Liptovský Mikuláš will host an international conference of outdoor sports – Nature & Sport Euro’meet.

Gerhard Mansbart, general manager of the four-star Lindner Hotel Gallery Central, which opened in Bratislava in late May, sees the Slovak capital as having potential for the development of MICE tourism.

“I strongly believe that Bratislava has enough beauty to offer,” Mansbart told The Slovak Spectator. “I think what is missing is the marketing of the city. I am very open about this. You are a very young capital city and I think that there has to be much more effort put into portraying the city as an incentive destination.”

Experts in MICE tourism agree that what Slovakia currently lacks – but will need in order to move forward – is a congress centre.

“The persisting absence of a congress centre strips Slovakia of the possibility to organise large congresses requiring just this kind of space,” Kučerová told The Slovak Spectator.

Mansbart of the Lindner hotel sees the absence of a congress centre in Bratislava as a problem and believes that building such a centre would be very helpful for the development of MICE tourism in the Slovak capital.

“If we want to compete with cities like Vienna or even Prague, we do need a congress centre,” Mansbart told The Slovak Spectator. “I don’t believe that it has to be huge. It can be for 300-350 people. That would be enough for the city. But it would definitively help the city.”

“The main resulting handicap is a lower capacity to join in organising international conferences and events,” Fabiánová told The Slovak Spectator.

Kučerová added that currently there are not many such congresses and that also ICCA statistics confirm the trend towards a decrease in the average number of participants in MICE events.

Currently, Slovakia has capacity for middle-sized events, and some hotels in Bratislava and in the High Tatras also offer bigger congress premises that can accommodate up to 600 people, according to Kučerová. She believes that, given its existing infrastructure and accommodation capacities, Bratislava is the most appropriate place to build a congress centre, but that she does not have any information about any such plans.

There are some plans to build new conference premises outside Bratislava. TMR plans to complete construction of a new multifunctional congress hall at the Grand Hotel Jasná in the Low Tatras with a capacity of 350 people. Kúpele Bojnice spa also wants to build a congress centre, as part of an extension project with a price tag of €150 million, company director Slavomír Eliaš told the Hospodárske Noviny daily in November.

Due to the development of facilities in the mountains for organising MICE events and better marketing, MICE facilities have become more attractive for holding meetings and other corporate events. The Región Vysoké Tatry destination management organisation confirms that hotels in the High Tatras try to use their capacities to hold MICE events during the off-season.

“MICE tourism was for years a privilege of city hotels in particular,” Lenka Maťašovská, the director of Región Vysoké Tatry said, as quoted by the SITA newswire. “In the last few years the situation has been changing and now hotels in the Tatras are also fighting for convention clients.”

Conferences and events can bring clients to mountain resorts during periods when interest from individual tourists is at its lowest. Income from MICE tourism can boost hotels’ earnings since it is among the most profitable tourism sectors.

The High Tatras, for example, offer about 30 facilities with 2,000 beds suitable for holding meetings, conferences and events.

“As an hotelier I can confirm that congresses, and the corporate clients in general, are for us a very important pillar,” Tomáš Huber, CEO of the Združenie Cestovného Ruchu Vysoké Tatry destination management organisation, told the TASR newswire. “Corporate clients are a bit more demanding [than individual ones] but I’m glad that also in the High Tatras we are able to meet their expectations and that they return regularly.”

Kučerová of SACR says that associations’ and corporations’ desire for a certain added value for their congresses, conferences or incentives lies behind the increasing attractiveness of mountain resorts for hosting MICE events.

“An advantage compared to cities is, for example relaxation in nature, interesting tourism activities in the surroundings or nearby thermal aquaparks, which distinguishes us from traditional congress destinations,” said Kučerová. “Compared to the past, facilities in the mountains suitable to host MICE events have improved their services, extended their accommodation as well as congress capacities, and this has increased their value on the market.”

Fabiánová told The Slovak Spectator that TMR has invested huge amounts of money in the development of services and their quality, with the aim of drawing MICE clients into mountains.

“Our effort is to convince the market that even a region more than 200 kilometres from Bratislava also offers quality premises and services for conferences, meetings and teambuilding events,” Fabiánová said, adding that she believes that Slovak companies, due to their reduced budgets for MICE events, will choose Slovak venues instead of more expensive destinations abroad.