THE BRONZE bust of count František II Rákoci which was stolen and cut into three pieces has been repaired and returned on April 16 to its original site in front of the mansion in Borša near Trebišov. 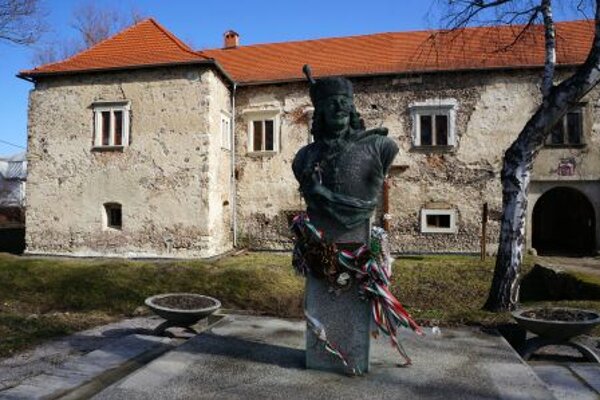 THE BRONZE bust of count František II Rákoci which was stolen and cut into three pieces has been repaired and returned on April 16 to its original site in front of the mansion in Borša near Trebišov.

It was restored by the Association of Ferenc Rákóci II and the Hungarian sculptor László Gere. Ľudovít Laczkó of the Association told the TASR newswire that the expenses for the repair were about €3,750.

“It is in a very good shape, even better than before the theft,” Laczkó said, adding that the association raised the funds for the renewal. The bust weighing 180 kilograms is now firmly fixed to the pedestal so that it cannot easily be stolen. There are also plans to install a video camera at the site. The statue disappeared on the night of March 1 but turned up soon afterward cut into three pieces in a garage in Borša along with a bronze statue of the mythic bird Turul which had been stolen from the municipality of Svätuša. Three men between 21 and 33 years of age were charged with the thefts. Though both statues are perceived as Hungarian symbols apparently the perpetrators were not making a political statement but only intended to sell the statues as scrap.

Frantiček Rákoci II was a count in Transylvania and leader of famous anti-Habsburg revolt. He was born on March 27, 1676 in the Renaissance mansion in Borša, where the bust has stood since 1969.

The statue was originally cast in 1907 by Hungarian sculptor Ede Mayer. Apart from the returned bust, the mansion’s roof is now under reconstruction with funds from the Hungarian Foreign Ministry. The entire building will undergo reconstruction which is scheduled to be completed in 2016 – the 340th anniversary of Rákoci’s birth. Hungarian President János Áder and Slovak President Ivan Gašparovič have promised joint support for the project which will also receive financial support from eurofunds.