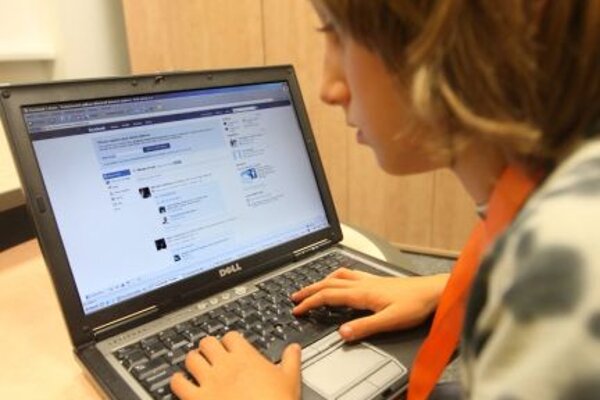 NEW technology has had a considerable impact on people’s language patterns, especially when it comes to real-time communication in written form, such as online chatting. Communication experts note that people tend to condense their thoughts, using briefer sentences, inventing shorter words, omitting punctuation or even ignoring grammatical errors.

The increasing influence of social media penetrates all areas of society and even impacts how institutions and corporations communicate with society. It is nevertheless important that people are able to effectively utilise information technology so that they can use their access to information to make informed decisions about their lives. Communication professionals say that in addition to the next generation’s fluency with communication technology, the focus should be put on their use of language and how they express themselves.

Meanwhile, students who are expected to graduate in 2014 will have to put more emphasis on correct language usage during their Slovak language exams, since this will account for 60 percent of their final grade, while their knowledge of literature will make up the other 40 percent, Education Ministry spokesperson Michal Kaliňák said, as quoted by the SITA newswire.

The changes are a result of the fact that secondary school graduates were shown to have problems with practical language use, and the Education Ministry changed the secondary school curricula, which came into effect in 2011, accordingly.

Thus, in the Slovak language and literature curricula, more emphasis was put on developing students’ communication skills, Alexandra Lešková, the National Institute for Education (ŠPÚ) director assistant, told The Slovak Spectator, adding that there is more focus on literacy, writing and students presenting their own arguments.

The students acquire relevant communication and cognitive skills in the teaching process, according to Lešková, which forms the basis for improving the results of the whole school system, and “consequently, the students’ ability to place well on the labour market, as well as in personal life”.

The use of hand-written text is gradually decreasing and has been replaced by other forms of communication, which is a result of the trend of communicating and exchanging information very quickly.

Even though handwriting will never completely disappear, since “handwriting represents ourselves … its weight and practical usage will shift to writing short messages, like, ‘Caution, wet paint!’”, Jozef Matej of the Slovak Graphological Society (SGrS) told The Slovak Spectator.

The increased use of printed script at the expense of cursive reflects the need to communicate unambiguously, expressly and with certainty. Moreover, time constraints often force writers to use acronyms, symbols or modified stenography, according to Matej.

The fact that one writes slower than when one speaks is the reason why users of online chat do their best to write faster, Sibyla Mislovičová, the head of Language Culture and Terminology Department of Ľudovít Štúr Institute of Linguistics (JÚĽŠ) at the Slovak Academy of Sciences (SAV), told The Slovak Spectator.

When people are chatting online they often avoid diacritics and punctuation so as not to “delay” the communication by following Slovak grammar rules; they also tend to use acronyms, and even the sentence structure no longer corresponds with “traditional” writing style, according to Mislovičová.
The way in which online chatting and the related simplified use of language affects people’s ability to communicate in different modes, especially official forms of communication, is very individual, Mislovičová said: “Some people have no problem switching from chatting to normal communication, but for others it may be difficult.”

Slovak vocabulary is also undergoing a dynamic change since it adapts to the current social and political situation and reflects the needs of people in communication.

“What our life is, so is our vocabulary,” Mislovičová said. “Some words are used less and less – they go to the edge [of the vocabulary]; other words originate or are incorporated into the vocabulary from foreign languages; many words gain new meaning.”

When considering language and culture in Slovakia it is difficult to speak about some trends. The fact is that there are many Slovak language users who feel the need to retain a certain level of their language, according to Mislovičová, who referred to JÚĽŠ language advisory, which receives language-related enquiries on a daily basis.

“Slovaks are interested in improving their language use as they probably realise that the way they write or speak considerably impacts their personal or career development,” Mislovičová said.

There is still a sizeable number of listeners who expect media professionals to display high or at least a higher level of language skills, and thus, it is important, according to Mislovičová, that those who speak on camera or write stories are aware of “how big their influence on general language users is”, and to communicate as articulately as possible.

SOCIAL networks are an important new phenomenon in the corporate communication sector because of their possibilities as ice-breakers, according to Peter Bednár, spokesperson for Slovak gas utility SPP and teacher at the private Media Academy higher education college. Bednár explained to The Slovak Spectator that even conservative businesses today want to be perceived as easy-going and less formal and that along with technical advances, communications have also significantly improved. “For instance a corporate video can easily become widely shared means of spreading content – both in the positive and negative context.”

However, Bednár added that Slovak firms are not always as successful in employing social media as they might be. He added that firms still lack basic instruments for following corporate communication trends and other possibilities such as conferences, polls, professional organisations and so on.

According to Karol Wolf, the managing director of the PR agency Dynamic Relations 2000, the quality of corporate communication in Slovakia is getting better but there is still much room for improvement, particularly in internet use.

“Times are changing; our world is influenced by the massive penetration of the internet and virtual world into our traditional worlds. Characteristics of our active population are changing [as well],” Wolf told The Slovak Spectator, adding that firms need to respond. “Some succeed in this and some do not and that is difference between successful and unsuccessful concepts.”

On the other hand, many Slovak companies want to improve their corporate communication and many have created good systems to do that, Wolf said. He added that in his opinion sometimes the people responsible for corporate communication are the biggest obstacle to success in this area. There are many cases where managers “succumb to some magic of their current situation” and there is no need to change the way things are done, he said. By Roman Cuprik