Language certificates may not be recognised

SECONDARY-school students in Slovakia who have gained internationally acknowledged foreign language certificates from language training institutions will still have to pass a foreign-language exam within the so-called ‘maturita’, a set of national school-leaving exams, if parliament passes a proposed amendment to the Education Act. The Education Ministry, which is behind the amendment, submitted it for interdepartmental review on May 28. It argues that the state cannot control the quality of the institutions issuing such certificates, and that they distort statistical data on the performance of students. 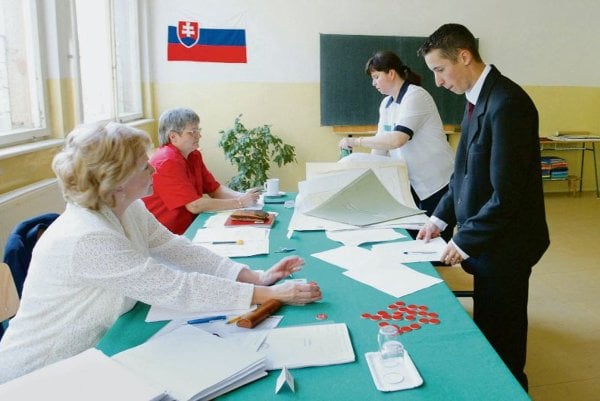 SECONDARY-school students in Slovakia who have gained internationally acknowledged foreign language certificates from language training institutions will still have to pass a foreign-language exam within the so-called ‘maturita’, a set of national school-leaving exams, if parliament passes a proposed amendment to the Education Act. The Education Ministry, which is behind the amendment, submitted it for interdepartmental review on May 28. It argues that the state cannot control the quality of the institutions issuing such certificates, and that they distort statistical data on the performance of students.

At present, students with international language certificates can be exempted from having to take the part of the maturita for which they already have a qualification. The change will mean that they have to sit the relevant maturita exam, irrespective of any external qualifications they have already earned.

Representatives of language and cultural institutions operating in Slovakia called the change a backward step, arguing that their certificates are up to international standards and that the ministry’s concerns should be addressed in some other way than cancelling the option for students to use them instead of their language exam within the maturita.

“Language certificates represent a welcome diversity, offer globally standardised procedures and results and are for the students a passport to the higher education of their choice,” Alena Rebrová, director of the British Council in Slovakia, a UK-government-sponsored educational organisation, told The Slovak Spectator. She added that “if Slovakia aims at high quality in education, internationally recognised language certificates should be accepted as an equivalent of maturita”.

The ministry responded that the “school-leaving tests are of high quality and are created by experts” and that their validity is checked by trained professionals.

At least one subject in the maturita must be a foreign language and students who have foreign language certificates from institutions licensed to issue such certificates may ask the principal of their secondary school to accept these as an alternative to the maturita examination, according to current legislation. After September 2015 this option will be removed, if the draft revision is passed as it now stands.

However, the ministry argues that the maturita exam in foreign languages is not only about language but also “facts about Slovakia as well as national literature”, Education Ministry spokesperson Michal Kaliňák told The Slovak Spectator.

If the students have already received a language certificate, then passing the maturita exam should not be a problem for them, Kaliňák added. Moreover, secondary school principals who must decide on students’ request to have their certificates acknowledged instead of maturita are not in a position to compare those qualifications with the content of the maturita, he said.

Michael Huprich, the head of the Österreich Institut, an Austrian-state-sponsored educational organisation, notes that all the students who have maturita and later want to study abroad will have to undergo testing to get a certificate. Unlike the Slovak maturita, language certificates are accepted by tens of thousands of schools around the world, Huprich added.

“It does not mean that the Slovak maturita in foreign language is worse, but this exam and its criteria are generally a national issue and no one can expect Slovak criteria to be accepted everywhere,” Huprich told The Slovak Spectator.

The opposition Slovak Democratic and Christian Union (SDKÚ) said it plans to submit changes to the draft, which SDKÚ MP Miroslav Beblavý, speaking to The Slovak Spectator, called “an absurd victory of bureaucratic thinking”.

During the last school year from 2011 to 2012, almost 1,400 pupils were approved to use their certificates instead of maturita in a foreign language, representing 2.41 percent of all students graduating in a foreign language at secondary schools, the TASR newswire reported.

Even if parliament abolishes the possibility to replace the maturita with an external certificate, secondary school students can still use external language qualifications to substitute for part of the final state exams, so-called ‘štátnica’, which are broadly equivalent to maturita, TASR reported.

The Association of Headmasters of State Gymnasiums (ARŠG), the grammar schools heads association has been calling for a halt to acceptance of the certificates since the current Education Act allowing them was adopted in 2008, ARŠG presidium member Jozef Škorupa told The Slovak Spectator. The act’s main shortcoming is that foreign language courses at schools do not have just a language-teaching function but are related to various issues like multiculturalism, environmental education and so on, and therefore the maturita is not the same as a certificate, he said.

Moreover, pupils knowing that they do not have to pass the maturita are not motivated to study, according to Škorupa.

“Imagine a normal pupil who comes to know in September that he will not undergo a maturita exam in a foreign language,” Škorupa said. “What will be his motivation and further work performance during classes? How will it affect the class’ atmosphere? But, in the main, how it will affect the forming of his graduate’s profile?”

Another problem is that it is hard to compare the quality of maturita with language certificates, says Ivana Antoniová, director of the Grammar School of Milan Rastislav Štefánik in Košice, adding that many teachers are calling for higher objectivity, meaning that all pupils should pass maturita under the same conditions, the Pravda daily reported.

Some weaker pupils misuse the opportunity and take language exams just to avoid the maturita, according to ARŠG head Pavel Sadloň, Pravda reported. Since pupils have to pay for certificates, principals consider their use to unequal conditions, he told TASR.

Škorupa added that pupils may repeat their attempts to get certificates if they have enough money, while there are much stricter rules for the maturita.

The quality of certificates

The Education Ministry is implementing the change since the government cannot control the quality of various institutions which award certificates, nor process or administer the exams they conduct, Kaliňák said.

However, Huprich challenged the ministry’s argument, claiming that language certificates used to substitute in the maturita were precisely examined before their approval. In addition, the quality of the exams needed to qualify for language certificates is monitored. Huprich cited the Österreichisches Sprachdiplom (ÖSD) certificate as an example, saying that all its documents are sent to the ÖSD Vienna headquarters for control and oral examinations are recorded.

EU cultural institutes take the matter of quality and security extremely seriously and are always happy to demonstrate the transparency, professionalism and rigour of the procedures that regulate the exams and the certificates, according to Rebrová of the British Council.

“We are talking about language certificates that are accepted by high-profile institutions such as Oxford University, the Sorbonne, Ludwig Maximilian Universität in Munich and Harvard Business School,” Rebrová said. “Should the quality and security be a problem then we can tackle the issue in a coordinated effort with the ministry, aimed at fine-tuning the requirements, standards, quality and eligibility of providers.”

The British Council together with the other cultural institutes and institutions such as Cambridge English Language Assessment, who have 100 years of experience in this area, can offer expertise and work out with the ministry a set of mutually agreed criteria which would ensure that only credible institutions can administer the exams, Rebrová said.

The ministry did not present any analysis describing fraud or problems with maturita substitutions, according to Beblavý, pointing out that school directors are not obliged to approve suspicious certificates. As an alternative solution he suggested creating a list of trusted certificates which schools should recognise.

The president of the Slovak Association of Language Schools, Klaudia Bednárová, sees the change as a backward step, pointing to the difference between Slovak maturita English exams and some certificates.

“To think that we [Slovaks], for whom English is not our mother tongue, will create a better test than the University of Cambridge or any major testing centre, which deals with it [testing] on the global level, is absurd, according to me,” Bednárová said. “When you look at Slovak maturita tests it is just a poorly copied Cambridge exam.”

The possibility of substitution of language certificates for the maturita decreases the number of students who undergo the maturita exam, therefore it is not possible to compare the results of all pupils leaving a given school, the Education Ministry says in its report on the amendment. This fact results in irrelevant statistics which should represent precious feedback for Slovakia – which sends them abroad in order to create statistics for the whole of Europe.

However, how and what statistics are collected is a technical matter which the Ministry of Education can amend at any time to reflect reality, according to Rebrová. Huprich agrees, arguing that the problem of statistics could be solved easily if language certificate graduates were included in the statistics. “Besides, I am asking why the Education Ministry wants to decrease young people’s chances just to have clear statistics,” he added.

The argument about distorted data is absurd, according to Beblavý, who said it is like Interior Minister Robert Kaliňák “halting travelling abroad, claiming it distorts statistics on citizens”.

On the matter of data distortion, Škorupa said that there had been speculation in the media that schools had demanded that the government halt the acceptance of certificates because schools lose “good points” in statistics, as smart students with certificates are not counted.

“There may be teachers who want to show off their work... but in principle it is nonsense that this could be a reason for cancelling [certificate] acceptance,” Škorupa said, adding that contrary to this argument, the ARŠG’s reasons for wanting to end the acceptance of certificates are purely pedagogical.