A 'safe port' for Italian investments

ITALY and Slovakia may differ considerably in terms of size, population and geographical characteristics, but their economic ties are closely intertwined. The financial and economic crisis has reduced the appetites of some Italian investors, but Slovakia remains for them a worthwhile investment destination, which some describe as a safe port for Italian investments. 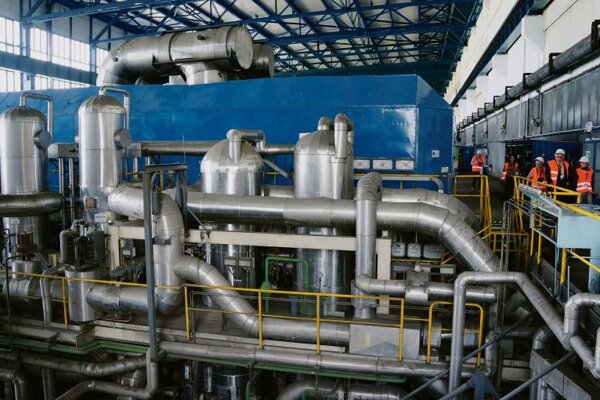 ITALY and Slovakia may differ considerably in terms of size, population and geographical characteristics, but their economic ties are closely intertwined. The financial and economic crisis has reduced the appetites of some Italian investors, but Slovakia remains for them a worthwhile investment destination, which some describe as a safe port for Italian investments.

“Slovakia is an interesting country for Italian investors,” Roberto Rizzo, the deputy head of the Italian Embassy in Bratislava, told The Slovak Spectator, adding that while the measures taken by the Robert Fico government to reduce the public finance deficit might have an impact on some investors, the majority of businesspeople still see Slovakia as a favourable place to do business. “The costs of labour are reasonable, compared to other countries, and the employees are skilled and have a good level of education.”

Rizzo added that aside from the benefits given to big enterprises by the government, Slovakia is beneficial due to its position in the middle of Europe, which comes with good infrastructure connections to western Europe as well as to the Balkans and eastern Europe, and it is also very close to the small and medium-sized entrepreneurial system of north-eastern Italy.

“There is still big potential in the automotive sector, where Slovakia [continues to be] very active and successful, and in the field of design, fashion and furniture,” said Rizzo. “But also the infrastructural sector is interesting, considering the EU funds which will be used to improve and build highways and railways.”

He added that recently some Italian companies expressed interest in the infrastructure sector by participating in different government tenders. And the Association of Italian Women Entrepreneurs, AIDA, which recently organised a mission in Bratislava, is interested in evaluating possible joint-ventures and collaborations in the country.

According to Richard Dírer from the Slovak Investment and Trade Development Agency (SARIO), Italian investors are satisfied in Slovakia and have shown increasing interest, which is proven by the continued expansion of Italian companies in Slovakia.

“The primary task of SARIO is to present the investment environment in Slovakia and stress assets which investors find in Slovakia,” Dírer told The Slovak Spectator, adding that in addition to the Italian-Slovak Chamber of Commerce, it communicates with representatives of significant financial institutions with Italian backgrounds. “The fact is that if an Italian company wants to keep its competitiveness in the world globalised economy, it must grow globally. Slovakia in central Europe is one of the solutions.”

“Italy is the fourth most important investor in Slovakia and the sixth most important foreign employer,” Alberto Gerotto, president of the Italian-Slovak Chamber of Commerce said at a press conference last November, as cited by SITA. The chamber, which marked its 15th anniversary in 2012, has about 250 members, 85 percent of which are small and medium-sized entrepreneurs. Member companies employ roughly 30,000 people in Slovakia.

The share of Italian foreign investments in Slovakia made up almost 8 percent in 2012, which is higher than the average of 3 percent in the region, according to the bank’s analysis.

Based on a survey carried out by the chamber in November, the possibility to increase their competitiveness from the viewpoint of costs and proximity to eastern European markets is what attracts Italian investors to Slovakia the most. More than one half of Italian investors perceive Slovakia as a safe port for launching a new business under the conditions of the current economic situation in Europe.

The Slovak Economy Ministry expects that Italian direct foreign investments in Slovakia will further grow via SMEs entering into industrial production. Here it sees extensive opportunities for Italian investors to make use of vacant industrial units, at which - under the pressure of the crisis - production was curbed or halted, as well as numerous industrial parks across Slovakia, Jaroslav Bobrík from the department of bilateral commercial cooperation at the Slovak Economy Ministry told The Slovak Spectator.

SARIO expects that while production of machinery and technology will remain the dominant sector for Italian investors, other industrial sectors, like the automotive, chemical, textile and wood-processing industries, will be of interest to them. The financial and banking services sector also plays an important role.

“Italy can cooperate with Slovakia in building the road infrastructure, and we register a permanent interest in commercial investment cooperation in environmental protection,” said Dírer, adding that opportunities in tourism are unlimited.

Dírer specified that between 2002 and 2012 SARIO assisted 46 Italian companies in becoming established in Slovakia. The projects involved investments worth €202.4 million and the creation of about 2,650 jobs.

Right now another expansion of Italian companies in Slovakia is occurring, said Dírer. “SARIO is currently working on two investment projects from Italy, in production of metal construction and warehousing and auxiliary activities in transport. Related investments are planned at €11.5 million and 146 jobs should be created.”

In the last five years, the value of Slovakia’s exports to Italy is higher than what it imports, Rizzo told The Slovak Spectator. He cited data from the Slovak Statistics Office, according to which, Slovakia’s exports to Italy totalled €2.9 billion in 2012, an increase by 3.9 percent compared to 2011, while Slovakia’s imports from Italy dropped by 3.9 percent to €1.770 billion. The export-import balance registered a €1.154 billion surplus for Slovakia. In 2012, Italy was Slovakia’s 8th biggest supplying country and 7th biggest customer.