Hurbanovo shooting one year on

HURBANOVO made headlines in the Slovak media once again in mid-June, as the small town in the south of Slovakia, along with the entire country, marked a tragic anniversary. One year ago on June 16, a police officer killed three people and injured two others in what has since become known as the Hurbanovo shooting spree. 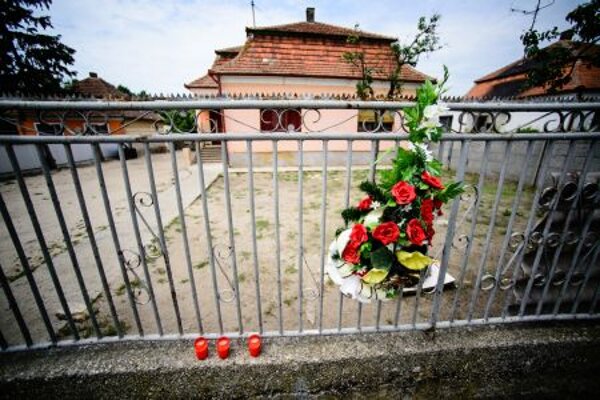 HURBANOVO made headlines in the Slovak media once again in mid-June, as the small town in the south of Slovakia, along with the entire country, marked a tragic anniversary. One year ago on June 16, a police officer killed three people and injured two others in what has since become known as the Hurbanovo shooting spree.

The police originally investigated the case as a racially motivated crime, as all of the victims were Roma, but they later abandoned this theory, and the shooter, Milan Juhász, was sentenced to nine years in prison when the court acknowledged that he had acted without being fully aware of what he was doing.

The sentence has disappointed the families of the deceased as well as observers, particularly Roma rights activists, who perceive it as unjust and lenient. One year after the shooting spree, a group of Roma rights representatives gathered in Hurbanovo to mark the anniversary and to announce that they were filing a complaint with the Constitutional Court, calling for a more severe punishment for Juhász.

“We will fight even on the international field if necessary,” the attorney of the family of the victims, Stanislav Jakubčík, told the Sme daily, calling Juhász’s act “a triple premeditated murder”. Jakubčík stated that he has already filed a complaint with the Constitutional Court, objecting to the fact that there were no controlled expert forensic evaluations to confirm the claims of the forensic psychologist who recommended that Juhász receive psychiatric treatment.

If the complaint to the Constitutional Court is not successful, the family will take their case to the European Court of Human Rights, Jakubčík confirmed for Sme.

Roma organisations held an event in Hurbanovo on June 16 to mark the anniversary. This followed another protest gathering of several hundreds of Roma, which took place on April 8, 2013 in Košice, and which was organised by the Party of the Roma Union in Slovakia (SRÚ). The protesters marched to the Constitutional Court to express their disapproval with what they see as a light punishment for Juhász.

The shooter, Milan Juhász, aged 51 at the time of the spree, was employed as a municipal police officer in Hurbanovo. On Saturday, June 16, 2012, shortly after 10:00, he parked his car in front of the house of a Roma family on Komárňanská Street in Hurbanovo and, using an illegally-purchased firearm, proceeded to shoot dead a 44-year-old man, his 19-year-old son and 24-year-old son-in-law. A second son was shot in the lung and the son’s wife was shot in the leg. The police detained Juhász shortly after the killings, who was by then threatening to commit suicide. About an hour later, he was found sitting in front of the house of Hurbanovo’s mayor, Margita Zemková.

Juhász reportedly knew the residents of Komárňanská Street, where two Roma families live in neighbouring houses. Four of the five victims of the shooting had criminal records, according to Interior Minister Robert Kaliňák.

On March 27, 2013, Juhász was sentenced to nine years in a maximum-security prison. The court also ordered him to undergo three years’ protective treatment in a hospital or mental institution.
During his trial, the Specialised Criminal Court in Pezinok heard from psychiatric and psychological forensic experts that Juhász was not completely sane when he committed the crime. The experts claimed that Juhász was not fully aware of what he was doing and recommended that he receive psychiatric treatment. They did not offer a clear opinion about whether the crime was racially motivated.

Based on the psychiatric report, the prosecutor proposed a reduced prison sentence for Juhász.

The sentence, considered by some observers to be relatively mild for a crime which could have been punishable with a life sentence under the Slovak penal order, came as a shock for the family of the victims. Their lawyer is calling for a controlled forensic evaluation, contesting the fact that the court relied on one sole forensic report.

“The decisive thing for me is that the court accepted [our] report,” one of the report authors, psychiatrist Miroslav Čerňan, told Sme. He considers the report to be free of errors, and as such has recently submitted it to an international conference of forensic psychiatrists, according to Sme.

The psychiatric experts have reasoned their conclusions from all viewpoints and, thus, there was no reason to doubt their report, according to special prosecutor Ján Hrivňák.

“I understand the family and the Roma community, that questions keep rising in their minds, but on behalf of the prosecutors I can guarantee that the issue was documented not to 100 percent, but to 1,000 percent,” Hrivňák told Sme in an interview shortly after the court sentenced Juhász, adding that nine years might seem to be too few for a sane perpetrator, but Juhász “doesn’t belong to the category of sane [people]”.

Despite his mental state, however, Juhász is reportedly not serving his sentence in a facility with a psychiatric hospital. There is only one such hospital in Slovakia, located in the city of Trenčín.

Sme reported on June 18 that Juhász was still imprisoned in Leopoldov, which does have a psychiatric department, but which specialises in treating addiction.

The authorities have yet to explain why Juhász is not serving his sentence in Trenčín, explaining that Juhász has not given his consent for them to discuss his whereabouts publically, Sme wrote. Possible reasons could be due to the full capacity of the Trenčín facility, or the condition of the prisoner’s mental or physical health.

Reports on the early stages of the investigation showed that the police were originally investigating the crime as racially motivated, basing this on the theory that Juhász was unable to handle problems related to a particular group of inhabitants in the small town where he was working as a municipal officer, and he therefore took matters into his own hands. This version was, according to Sme, supported by the sole explanation offered by Juhász when brought before a judge: “I woke up in the morning with the thought that I have to restore order around them.”

Prior to the investigation, however, the police said that the shooting was probably not racially motivated. They argued that if it had been, Juhász would have killed even more people, Sme reported shortly after the shooting.

Roma rights activists however are not satisfied with this and similar explanations.

“Milan Juhász, in his statements, spoke about his internal need to solve the Roma problem,” Marek Szilvási from the European Centre for Roma Rights told Sme.