THE GOVERNMENT is promoting its plans for public administration reform under the name Effective, Reliable and Open State Administration (ESO), arguing that the public will end up dealing with a slimmer, cheaper and more effective system as a result. As of October this year 72 district state offices will emerge, taking on the responsibilities of 50 regional offices and 248 local state administration bodies that are now slated for closure following parliament’s June 19 approval of the law on local state administration arrangements, the SITA newswire reported. 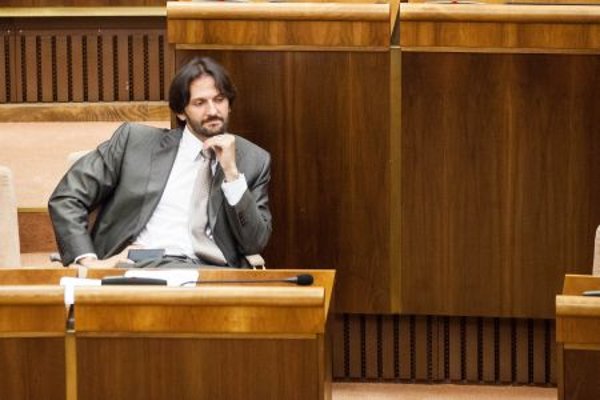 THE GOVERNMENT is promoting its plans for public administration reform under the name Effective, Reliable and Open State Administration (ESO), arguing that the public will end up dealing with a slimmer, cheaper and more effective system as a result. As of October this year 72 district state offices will emerge, taking on the responsibilities of 50 regional offices and 248 local state administration bodies that are now slated for closure following parliament’s June 19 approval of the law on local state administration arrangements, the SITA newswire reported.

While Interior Minister Robert Kaliňák says that the ESO reform will contribute to the consolidation of the public finances, the opposition parties say they want to hear more arguments in support of the changes.

Prime Minister Robert Fico cited ESO, which was prepared by the Interior Ministry and received the backing of 81 MPs in parliament, as an example of what he says are the advantages of single-party government, arguing that he did not have coalition partners preventing him from taking rational decisions.

“This reform requires huge vigour and if we went to this reform through a wider social dialogue, the reform would not advance,” Fico said, as quoted by SITA, adding that bureaucrats have a special ability to persuade others about the usefulness of their offices.

The reform will result in the scrapping of regional environmental offices, regional bodies for transportation and forestry management, and regional cadastral offices. The powers and responsibilities of these offices will be transferred to an integrated local body called the district office, according to the TASR newswire.

“Each citizen should have in the district office one place to turn to and manage the business he has with the state,” Kaliňák said, as quoted by TASR, adding that the government had started creating conditions for the establishment of client centres, contact points where citizens should be able to arrange everything they need.

The client centres are supposed to open in 2014, but some pilot projects should begin this year, including one in Štúrovo – which is not a district town but where political parties Most-Híd and the Party of the Hungarian Community (SMK) successfully argued for an exception, after complaining that local citizens would have to travel to distant Nové Zámky, TASR wrote.

According to Kaliňák, the reform also has an anti-corruption character, since it is aimed at preventing contact between the citizen and the state official who actually makes decisions that affect him or her.

“It will be very similar to a bank, which decides about a loan for a citizen without him or her being present,” Kaliňák explained, as quoted by TASR.

The government claims that ESO is the largest reform of state administration since 1989; Fico called the law one of the most crucial pieces of legislation of the year.

Nevertheless, Pavol Zajac, an MP for the Christian Democratic Movement (KDH), said in parliament that the legislation was not about scrapping 248 offices, but about merging them.

“People will keep their posts,” Zajac argued, as reported by TASR. “The replacement of stamps and name tags will be the only change; no one will lose their job. This act is about politicising and centralising the state administration. This gives immense power to the office heads appointed by the government.”

According to Zajac, businessmen in each district will be able to agree whatever they want with them.

The opposition has criticised the ESO since its inception, saying it will not contribute to better management and higher quality among public administration bodies. Instead, it will facilitate the minister’s ability to concentrate greater powers in his own hands, said Slovak Democratic and Christian Union (SDKÚ) parliamentary caucus chair Lucia Žitňanská, as reported by TASR.

While the major reform initiative is aimed at tackling the issue of Slovakia’s large and costly public administration bodies, it could also involve expensive public procurement and the interference of politics in terms of nominations and political control, she said earlier this year.

Citizens can comment on the ESO reform by using a form at the www.eso-portal.sk website, said Interior Ministry spokesperson Dana Pohlodová, adding that this option allows citizens to become co-creators of the reform.

Kaliňák’s department said “we want and need to hear comments from people, businesses but also employees of the state administration itself, who in this way can participate in making the administration more effective”, SITA reported on June 20.